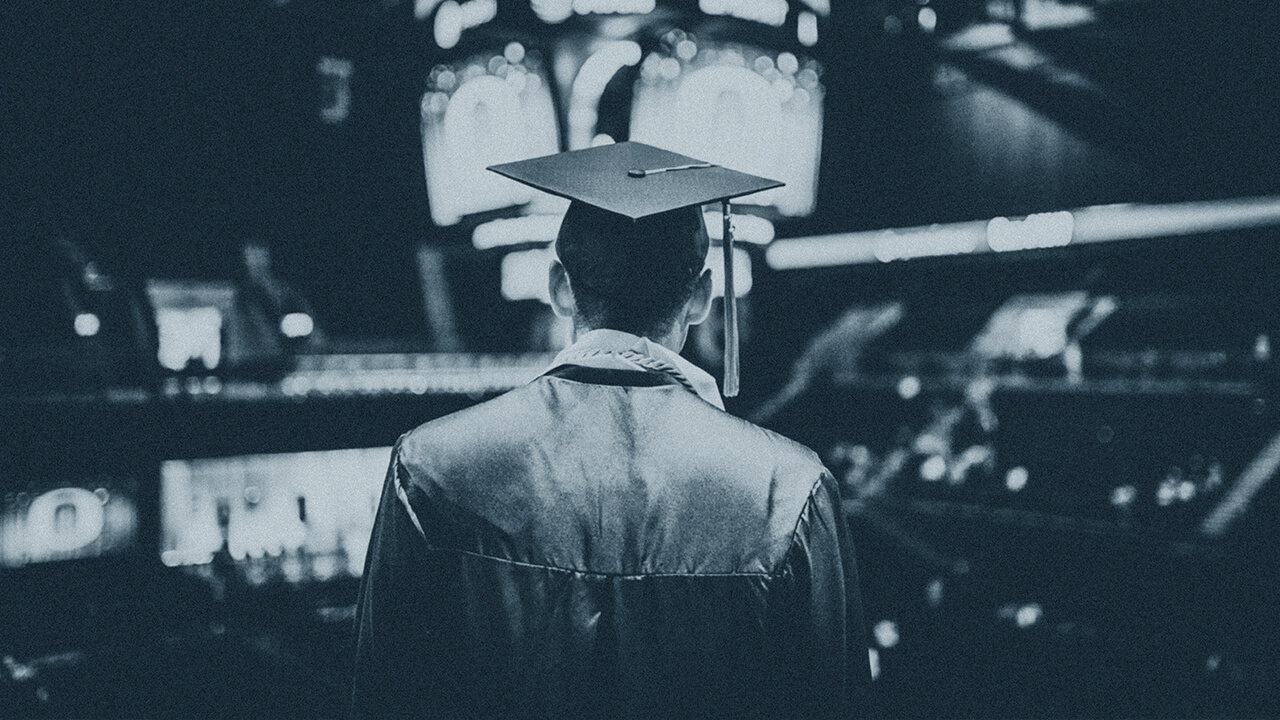 HKS’s David Deming and his CLIMB initiative is using big data to look at how higher education can help advance the American Dream by helping people move out of poverty and into the middle class.

By the time they are ten years out from college, students from the University of California make, on average, about $65,000 a year—no matter how wealthy, or not, their parents were. The difference in income between the son or daughter of a family living around the poverty line and of one making six figures is about $3,000 a year. Not an insignificant difference. But still, if the American Dream was about allowing people to do better than their parents, the University of California is doing something right.

Finding out which schools are doing something right, and what that something is, is David Deming’s job. Deming, a professor of public policy at the Harvard Kennedy School and professor of education and economics at the Harvard Graduate School of Education, is one of the founders of the Collegiate Leaders in Increasing MoBility (CLIMB), an initiative that is using big data to understand which colleges are moving people up the income ladder, and why and how they are doing it.

The program, which started in 2017 and is in an initial phase of research and analysis, is part of Opportunity Insights, a project devoted to the idea that each generation should do better than the one before. That goal is timely and relevant because that American Dream, statistics show, is fading. In 1970, 90 percent of 30-year-olds were making more money than their parents had earned at the same age. By 2015, that percentage was down to 50 percent.

Opportunity Insights, directed by Harvard University economics professors Raj Chetty and Nathaniel Hendren and John Friedman of Brown University, is looking at the problem through three main lenses—geography, health, and education—and devoted not only to scholarly understanding but also to the development of workable policy solutions. Deming’s CLIMB initiative, which he co-directs with Chetty and Friedman, is taking on the education part.

“We need to be in search of solutions that make everybody better off without making anyone worse off,” Deming says. “The most powerful social policy tool in the toolkit that we know works, and works incredibly well, is education.”

CLIMB began by looking at what value higher education was offering, both to the student and to society. The conversation about higher education currently often revolves around college rankings and affordability. Deming wants to turn the focus on the value colleges provide as engines of economic mobility.

“I don’t know that we’re trying to put college rankings out of business,” Deming says. “What we’re trying to do with CLIMB is to elevate the role of colleges who may not admit the students with the highest academic qualifications, but who do really well by those students, who add a lot of value. That’s a really important thing that college should be doing—maybe the most important. And we want to highlight that role.”

To drill down into this complicated subject, CLIMB secured data from colleges and test administrators on one side, and from the Internal Revenue Service on the other, and then connected them. CLIMB is working with more than 400 colleges across the United States, which collectively account for more than 5 million undergraduate students each year. CLIMB collaborators include some of the country’s largest state systems, including California’s, New York’s, and Texas’s. The country’s largest college testing services—ACT and College Board (which administers the SAT)—are also participating, meaning that CLIMB also has information on the more than 3.7 million students who take the SAT and ACT each year.

Using this wealth of data, CLIMB can see how much a student’s parents made. They can see how students scored in college admissions tests, where they were admitted and where they were rejected, and how they did in college. But they can then also track those same people after college and see what kind of jobs they got, how much money they made, whether they bought a house or rented, and even if they began building a family. In other words, Deming says, if they made it into the middle class and were living stable lives.

(Given their access to sensitive data, the group takes data security extremely seriously, Deming says. The data they use is scrupulously safeguarded and members of the team were given background checks before being able to access it.)

CLIMB researchers are working with a group of selective four-year colleges to identify talented low-income students who are missed by traditional admissions processes. Because elite colleges constitute such a small share of college enrollment in the United States, CLIMB is also focusing on understanding access and success in large state college systems and other institutions that take on low-income student populations.

CLIMB spent much of its first year securing the participation of partners and going through the rigorous process to gain access to the data. Now, they are focusing on the analysis. They see their goals divided into two broad areas: understanding which schools are successful in helping students’ economic mobility; and figuring out what those schools are doing to make that happen.

CLIMB hopes to release its first research findings in the next year. But Deming’s ambitions don’t end at changing the conversation about education. He also wants CLIMB to become the “nation’s research support for colleges that want to do better” in the area of upward mobility.

The team provides customized analysis back to the schools that have shared data with them. A policy team within Opportunity Insights also works with CLIMB partners to look at the effectiveness of specific programs and policies, sometimes in real time.

For example, working with the City University of New York (CUNY), the country’s largest urban university system, CLIMB studied the effectiveness of a program designed to help students who have both lower academic scores and are economically disadvantaged. They found the program, called Search for Education, Elevation, and Knowledge (SEEK), helped boost participants’ post-college average earnings to almost double their parents’ ($50,000 compared to $27,000), in line with the income of other students. Researchers are now working to understand what aspects of SEEK are working well, who benefitted the most, and how returns could be maximized further.

Some partners are taking advantage of what CLIMB has supplied them to conduct their own studies. The University of California, for example, found that it succeeded in lifting nearly all graduates’ earnings, regardless of their socio-economic background. But it was also able to discover that more than one-third (36 percent) of alumni who came from the bottom 20 percent of income moved to the top 20 percent as adults—more than any other four-year university in the nation.

Deming says that understanding the dynamics of that type of success is the real goal of the project. “I want to write a paper,” Deming says, “but I also want to make a difference, that’s why I got into this.”

Inequality is complicated
INSIGHT. POLICY. ACTION.
Get smart and reliable public policy insights right in your inbox.
Subscribe to our newsletter
Copyright © 2020 The President and Fellows of Harvard College.