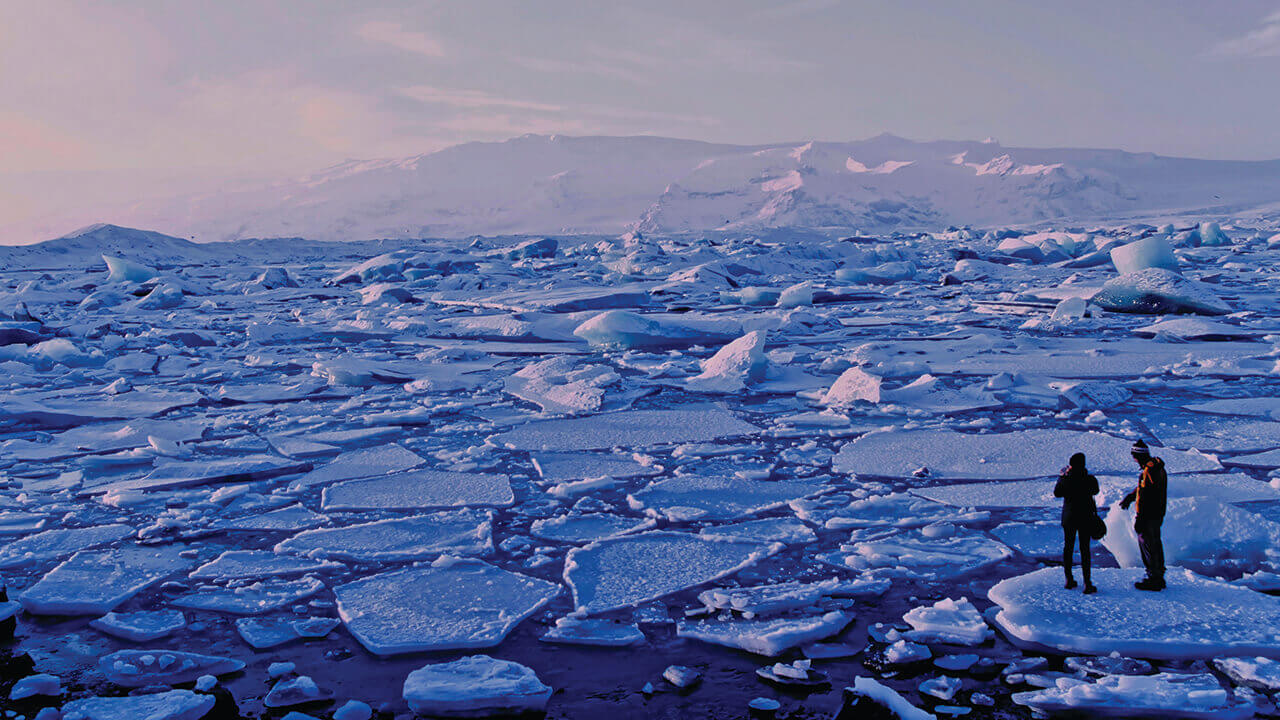 The spectre of plastic waste choking our planet’s seas is not limited to the highly publicized “Great Garbage Patch” in the Pacific Ocean; plastics are reaching the most isolated waters on our planet. Over the past decade, the amount of plastic debris in the Arctic Ocean has increased to the point that in some areas Arctic sea ice contains a greater concentration of microplastics than the North Pacific Gyre. Arctic leaders and citizens have set off alarm bells over the prospect of plastics damaging the economy, the food supply, and the ecosystem.

In response, Iceland has highlighted the issue of plastics in the Arctic Ocean as a focus area during its chairmanship of the Arctic Council from 2019 to 2021. With a broad coalition of partners, the council is now developing a regional action plan to tackle the growing threat.

Harvard Kennedy School’s Belfer Center for Science and International Affairs and the Wilson Center’s Polar Institute co-hosted a workshop with the Icelandic Council chairmanship in late October on “Policy and Action on Plastic in the Arctic Ocean.” The event brought together experts and stakeholders to develop a framework for tackling Arctic plastic pollution, with an eye to exploring different policy levers and industry innovations that could support an intervention strategy.

The Belfer Center’s Arctic Initiative project published an array of presentations and resources from the Arctic plastics conference for policymakers and interested citizens. Arctic Council officials are organizing a follow-up symposium for April 2020 to keep up the momentum.

The Arctic Initiative founder and co-director, Halla Logadóttir, and research assistant Katie Segal also wrote an analysis for the World Economic Forum summarizing the growing Arctic plastics crisis and surveying policy options. They said the Arctic faces the threat of becoming a “trash bin at the top of the world,” and described research indicating that plastics pollution poses serious ecological and environmental threats to the still relatively pristine Arctic environment.

The faculty co-director of the Arctic Initiative, John P. Holdren, the Teresa and John Heinz professor of environmental policy, gave a lecture in June at Tsinghua University in Beijing that put the problem of climate change in the Arctic in the broader context of global threats. Holdren’s slide deck from that talk conveys a stark message of temperatures in the Arctic rising two to four times faster than the global average rate of warming, along with shrinking sea ice and snow cover. Holdren offered ideas on what the global community needs to do to address environmental challenges in the region.

Read more about the Belfer Center’s Arctic Initiative in depth, including its Arctic Innovators Program, in the spring 2019 Harvard Kennedy School Magazine.

The Arctic innovators: Bringing optimism and energy to conversations about the changing Arctic

A Clean Plate: JoAnne Berkenkamp MPP 1990 says if you eat, you are part of the solution

Rapid Climate Change in the Arctic: Why Everybody Should Care