Jane von Rabenau MPA/ID 2019 is trying to save the ocean, one sachet at a time | Harvard Kennedy School
Skip to main content 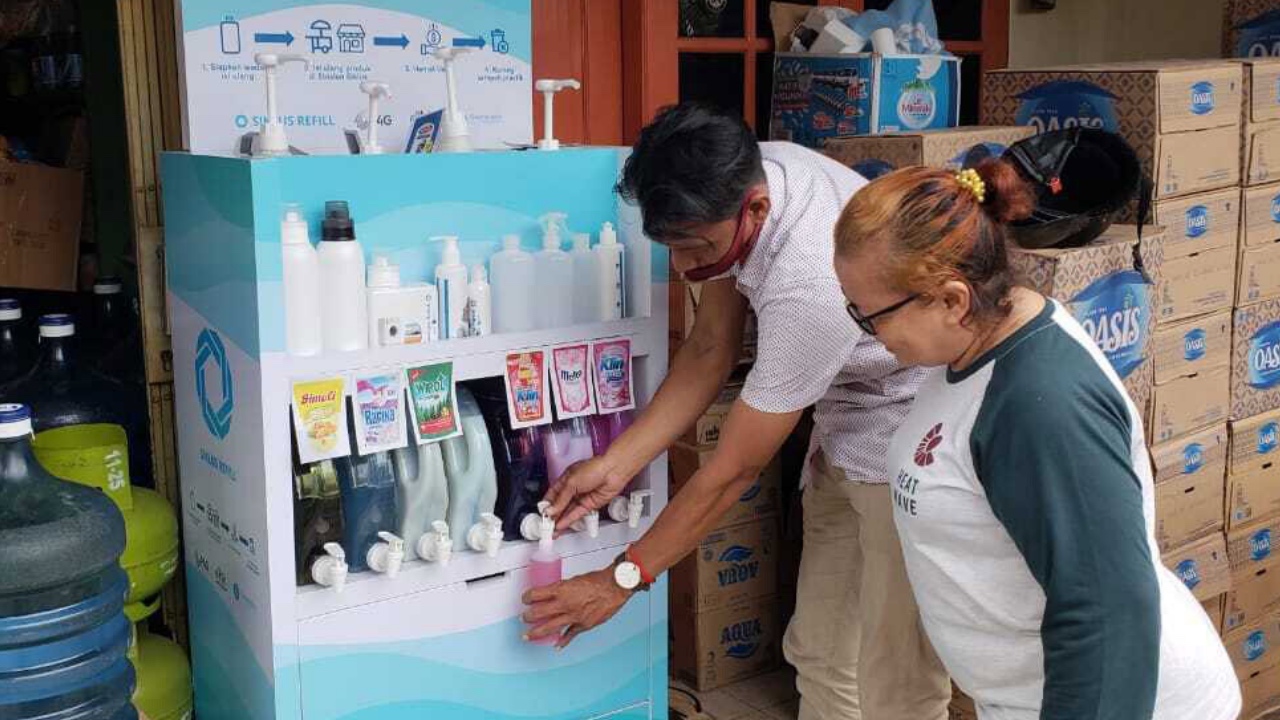 Jane von Rabenau MPA/ID 2019 is trying to save the ocean, one sachet at a time

After graduating from HKS, von Rabenau started Siklus, a company that reduces plastic waste at the source in Indonesia.

WHEN JANE VON RABENAU MPA/ID 2019 sees a problem, her immediate thought is, “How can I fix this?” As a student at HKS, when von Rabenau noticed that extra food would be discarded after meetings and lunches on campus, she started the HKS Food Network notification system to make leftover food available to the HKS community.

She also observed a problem when, before she applied to HKS, she worked with low-income individuals in Chennai, India, as a field manager for a study examining the effects of sleep deprivation. She had taken up surfing, making friends in South India’s surfing scene. Most of her friends had low incomes typical of Indian surfers, many of whom come from families that worked in fisheries—and she observed up close a purchasing habit that was new to her: “My friends were using sachets to buy 10 milliliters of shampoo. That seemed crazy,” she says.

Von Rabenau was referring to the single-use, individually wrapped packets of essentials such as detergent that are commonly sold in developing nations, especially to people with low incomes who do not have the funds or space to buy in bulk. In Indonesia, for instance, 70 percent of detergent is sold in sachets.

The problem with sachets is twofold. First, they are made from a plastic-metal laminate that cannot be economically recycled, leading to pollution, especially in the ocean. Second, they impose a “poverty tax” on individuals because users pay more to purchase less product—not to mention that typically 15 percent of a product’s price stems from the cost of its packaging.

“Siklus is kind of like an ice cream truck. We can cover a larger area than we could with vending machines, and people just have to walk outside their door. Especially during COVID, people are happier not to have to leave their homes.” 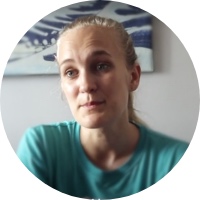 Von Rabenau knew there must be a better way. Then she lived through the 2015 South India floods, in which 1.8 million people were displaced. “It was the first time I experienced an environmental catastrophe—and I saw that areas with trash problems flooded more, because trash blocks the drainage.”

Von Rabenau was alarmed because humans are producing more plastic than ever before, with almost 360 million metric tons created in 2018—and half of this plastic is for single-use purposes, such as sachets. Despite the difficulties of recycling and repurposing plastic, the amount produced annually is expected to double in just 20 years. Much of the plastic—about 27 tons a year—ends up in landfills, while 8 million tons make their way into the oceans. Researchers estimate that the ocean currently contains 15 trillion tons of plastic particles.

Unsightly beaches and giant garbage patches in the ocean are just the most visible aspects of the problem. With marine life at the beginning of the food chain ingesting plastics, the consequences for the ecosystem, including human health, are still being explored. The question is urgent, given that one in three fish caught for human consumption have been found to contain plastic.

Knowing she wanted to pivot to the environment while still working on poverty issues, von Rabenau applied to HKS. “I had so much experience and learning from my work, and being at HKS was a nice way to gain a framework and be inspired by all these amazing people in my class and the larger Harvard-MIT community” (she took one of her two entrepreneurship classes at MIT). 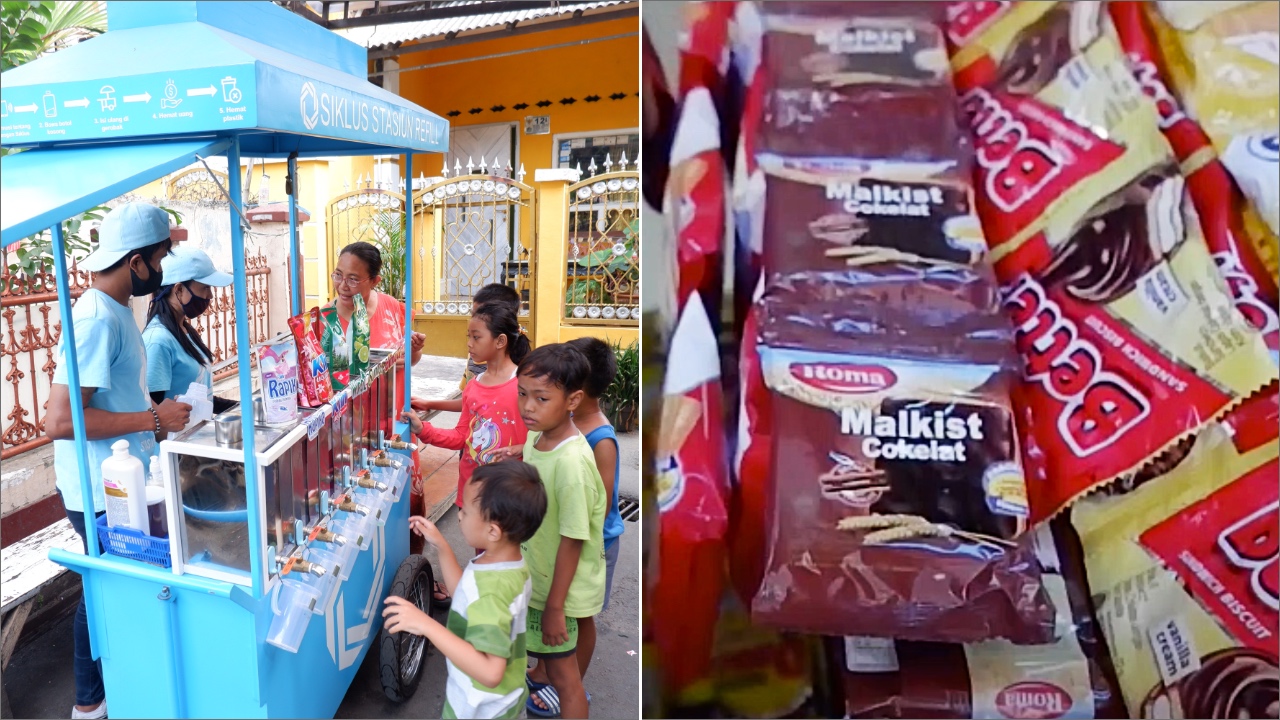 Von Rabenau decided to do her Second-Year Policy Analysis (SYPA) on plastic pollution in the Philippines. “I chose the Philippines because it is a large plastics polluter and there was a lot of data on it,” she says. Henry Lee, Jassim M. Jaidah Family Director of the Environment and Natural Resources Program at HKS, was her advisor. “He was great—he was always pushing me. The SYPA was about what the government could do, such as tax plastics. But there I saw, once again, the pollution from sachets.”

She also noticed something that gave her an idea. “I saw these water refill stations in mom-and-pop stores. It’s common in Asia that you have 20-liter containers of water with dispensers. In these mom-and-pop stores they had a coin slot—it’s a little like candy machines, where you put a coin in and you turn it—and people would come and fill up their water bottles, because bottled water is crazy expensive. For a 600-milliliter water bottle, you’re essentially paying for the plastic. And I thought, why can’t we do this with products that are typically sold in sachets?”

Thus was born the idea for Siklus, a start-up she founded after graduating from HKS. Her thinking was to make product refill stations as ubiquitous as water refill dispensers. She decided to launch Siklus, which means “cycle” in Indonesian, in Indonesia because the nation, in addition to having a vibrant start-up scene, is the world’s second-largest ocean polluter in the world after China. Also, in Indonesia, sachets and wrappers account for almost 20 percent of the plastic items found on Indonesian beaches found by waste pickers who dig through the equivalent of 100 garbage trucks daily to find valuable plastics.

She says her Harvard Kennedy School network gave her the courage she needed to move to a country where she knew no one. “In the end, part of the reason I had the guts to do this is that I saw a bunch of social entrepreneurs at HKS who did similar things—they saw a problem and wanted to solve it—and this was definitely an inspiration. It gave me a framework to start the company.”

In Indonesia 70 percent of detergent is sold in pre-packaged sachets
Typically 15 percent of a product’s price stems from the cost of its packaging
In Indonesia, sachets & wrappers account for almost 20% of plastic found on beaches

When she first had the idea for Siklus, she envisioned vending machines that people would visit to refill their containers. In her research, she discovered another company, the Chilean Elgramo, with the same model—so she knew it could be viable. But she pivoted from vending machines to delivery via tricycles because it was more convenient for users, less expensive than investing in multiple vending machines, and more hygienic during the COVID era.

Today, Siklus has 10 full-time employees and several hundred customers weekly. Customers can follow the tricycles on an app to see when they will arrive in their neighborhood; they can also order via WhatsApp. For customers without mobile phones, von Rabenau notes that Siklus is “kind of like an ice cream truck. We can cover a larger area than we could with vending machines, and people just have to walk outside their door. Especially during COVID, people are happier not to have to leave their homes.” The company is testing a stationary model—“not a vending machine, but a service operated by shop owners”—much like the water refill stations von Rabenau saw in the Philippines.

Von Rabenau says Siklus’s research consists of lots of conversations with many customers. “There’s not much research on this model,” she says. “And the truth is, today we have people who don’t want to switch to refillable bottles because they say if they buy a whole bottle of, say, detergent, they will use too much and it will end up costing them too much. They like the portioning of the sachets. We are working on better bottle designs, so one pump is half a sachet—so you don’t even need a full sachet and you can use less. A lot of disposable bottles are designed so you can overuse the product. For example, the caps on detergents are too big a portion—you don’t need that amount of product.”

Although the pandemic has made it more difficult to conduct in-person research with customers, Siklus is pushing forward. It has raised a pre-seed round of capital and also has received funding from angel investors and venture capitalists plus grants from USAID and others. The company is working with some of the world’s largest consumer goods companies to provide products.

“Things are coming together,” says von Rabenau, who financed the company on her credit card before she put together other funding sources. “It wasn’t easy. We didn’t have a lot of evidence yet, just an idea”—an idea that will help our Earth and some of its most vulnerable people.

Alister Martin MPP/MD 2015 is an emergency doctor who straddles the worlds of medicine, public health, and social justice