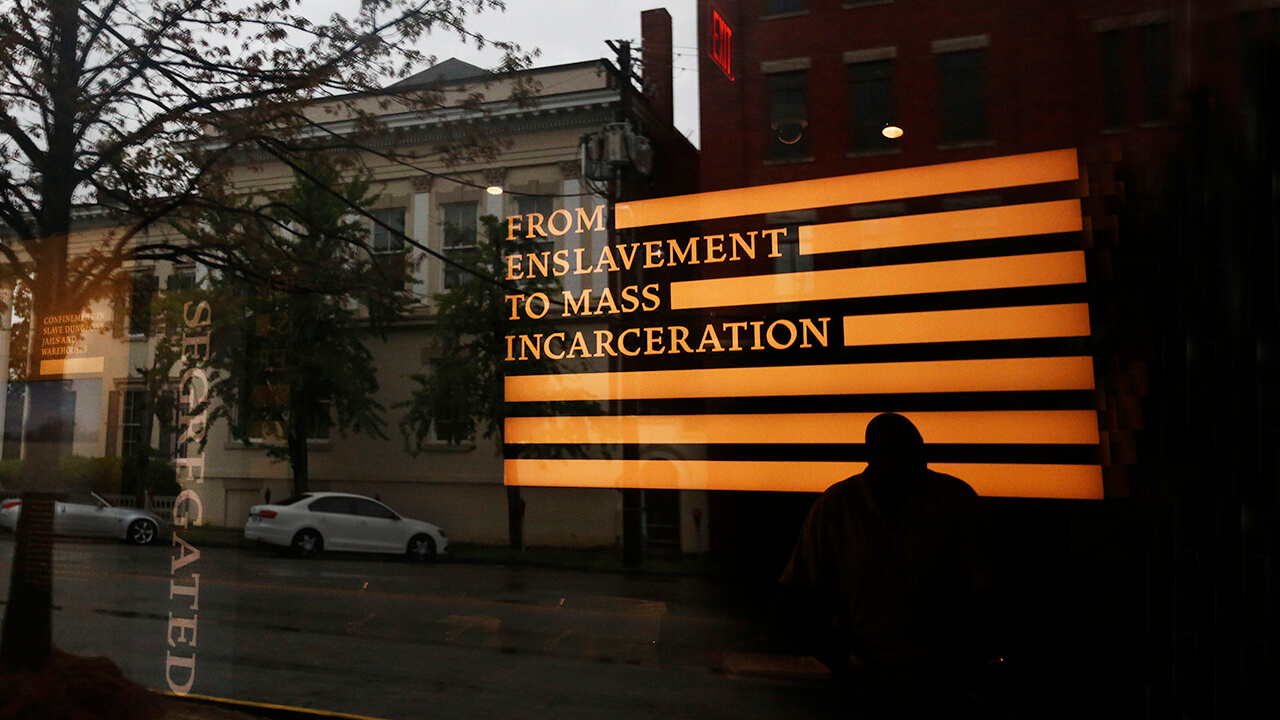 In September, all 241 incoming Master of Public Policy students at Harvard Kennedy School began their two-year academic program by taking a new required core course on race and public policy in the United States.

The intensive two-week course, “Race and Racism in the Making of the United States as a Global Power,” was developed and taught by HKS Professors Khalil Gibran Muhammad and Sandra Susan Smith, with the stated goal of ensuring that students learn how and why race and racism are not just aberrational artifacts of the past but lie “at the heart of the American project”—learning that the School considers important for effective public leaders in the 21st century.

In the first week of the course, Muhammad immersed the students in the 400-year history of racism in the United States, including the legacy of slavery. Muhammad, a historian who contributed to the New York Times’ 1619 Project on this subject, is a professor of history, race, and public policy at HKS and the Suzanne Young Murray Professor at Harvard’s Radcliffe Institute for Advanced Study.

Then, during the second week, Smith took the lead, injecting a social science perspective on the contemporary challenges of American racism, including the ways it affects public policy and drives inequalities in justice, housing, education, and economic well-being. Smith, a sociologist who studies poverty, race, and justice, is the Daniel and Florence Guggenheim Professor of Criminal Justice at HKS and the Carol K. Pforzheimer Professor at the Radcliffe Institute. She also directs the Kennedy School’s Program in Criminal Justice Policy and Management.

The first-year MPP students began each day with two hours of class together online. Then they spent the next six hours on their own and in small virtual groups, absorbing a syllabus chock-full of readings, videos, and podcasts. For many students, this was their first formal learning about race and racism and the role they play in American society.

The course is one of a series of steps by the School to equip students with the knowledge to understand and confront racism in their careers as public leaders and policymakers. Over the years, students and alumni have called for more action on racial diversity, more teaching on racism, and more attention to issues of systemic racism.

[It was wrong] “to hand over Master of Public Policy degrees to people who were no smarter in many cases in understanding how the real world works with racism and power … the day they leave the School than the day they arrived.”

Soon after he joined HKS in 2016, Dean Douglas Elmendorf formed a task force to come up with recommendations for how to enhance diversity in the student body, faculty, and staff, and to foster an inclusive environment at the School. One task force finding was that the percentage of African American students at the School had declined in preceding years. Among many actions taken by the School since then are creating a new role of associate dean of diversity, inclusion, and belonging, revamping recruitment processes to attract more faculty and students of color, and adding courses and case studies on aspects of race and policy.

Muhammad, who also arrived in 2016, has been a vocal critic of what he calls the School’s inaction on race and racism in its course offerings and its recruitment of faculty and students, saying the administration in the past simply waited out activist students until they graduated and moved on.

Muhammad said he felt it was wrong “to hand over Master of Public Policy degrees to people who were no smarter in many cases in understanding how the real world works with racism and power, how capitalism intersects with all of that, how colonialism still shapes the maldistribution of resources, the day they leave the School than the day they arrived.”

Two years ago, Muhammad founded the Institutional Antiracism and Accountability Project, at the School’s Shorenstein Center on Media, Politics and Public Policy, with a focus on researching how to address racism in organizations. The project hosted its inaugural conference Truth and Transformation last year and invited alumni to share their experiences advocating for diversity and racial equity at the School. It has just held its second annual conference and has launched a web portal curating resources on racism research and policy.

Students and alumni also have pressed for more attention to race and policy in recent years. This became more urgent this year, particularly in the wake of the police killing of George Floyd and others, and the global attention on structural racism in the United States.

The School’s response included launching the new race and public policy course. The School will use lessons learned during the two-week intensive pilot course to consider how best to structure the course and extend the material among students.

Elmendorf said recently: “I want to give credit to the many students and faculty and staff members who have worked over many years to make a compelling case for changes at the School to increase our effectiveness in addressing these social problems, and who have worked with me and other administrators over time to develop and implement changes.”

In all, the School now offers about 15 degree program courses dealing with issues of race and racism. Another new initiative is the William Monroe Trotter Collaborative on Social Justice, founded and led by Cornell William Brooks, the Hauser Professor of the Practice of NonProfit Organizations, and former president of the NAACP, who joined HKS in 2018.

In addition, the School is also increasing its offerings on the topic in executive education. Professor Robert Livingston, who joined HKS in 2015, is chairing an executive education program, “Promoting Racial Equity in the Workplace,”  in January 2021.

Elmendorf explained his approach: “The first, absolutely crucial change we have made over the last three years is appointing roughly a dozen faculty members whose teaching, research and outreach address race and public policy across a whole set of issues, including healthcare, education, criminal justice, technology, public leadership broadly, and more.” 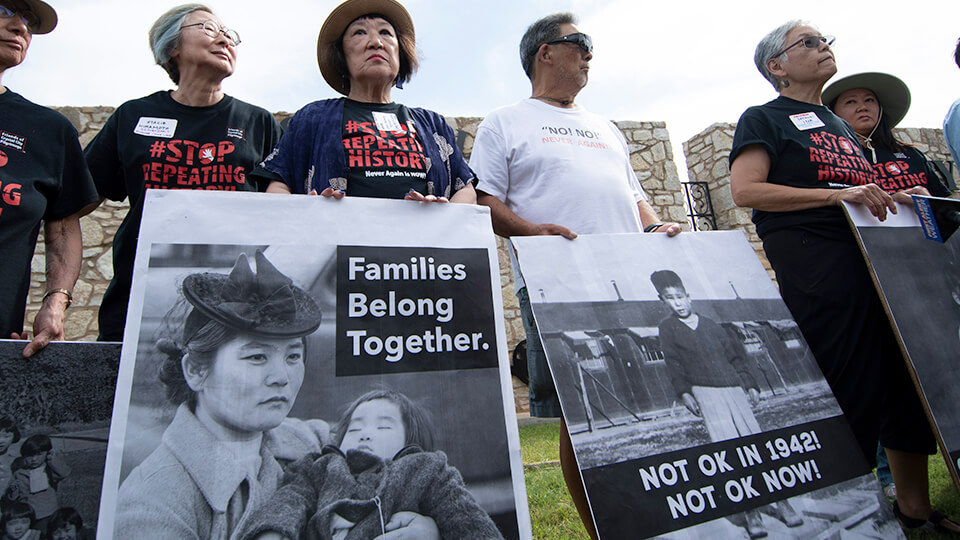 Among those faculty members is Sandra Smith, who was recruited to Harvard from the University of California-Berkeley—and arrived only in July. She is the first Black woman tenured at the School and only the fourth Black tenured professor ever. She and Muhammad developed the course and its dense curriculum over the summer—and dealt with the additional challenges of teaching online to students from dozens of countries and time zones.

“We weren’t shy about being very clear about how deeply we think racism operates in this country, and I think in most disciplines in the United States you just don’t have these kinds of conversations. I thought we were very frank,” Smith said. “I have to say that because of this moment, and what people were calling a reckoning, I felt free to do the kind of course that I wanted to do—and that on some level I’ve always wanted to do.”

She said the majority of students came into the class with very limited knowledge of the subject. “And I suspect too, even those who came in feeling as if they knew quite a bit about race and racism in America ended up feeling like they actually didn’t know very much at all. And this course did a lot to fill major gaps in their understanding, both from the past and what that has meant in the contemporary moment.”

“We weren’t shy about being very clear about how deeply we think racism operates in this country, and I think in most disciplines in the United States you just don’t have these kinds of conversations. I thought we were very frank.”

One student, Austin Batson, said a strength of the course was connecting history with current issues. “Professors Smith and Muhammad connected those dots so explicitly, and again, and again, and in such ways that it finally really built up what I feel like is a more accurate picture of America’s history, and I valued that so much,” he said.

Batson said he was left hungry to learn more about the current policy implications flowing from the racism debate such as reparations or other options that may not yet be on the table. “I know nobody has those answers, but I wish we could have gotten a little bit more into what may lie ahead.”

With nearly a third of MPP students coming from outside the United States, Muhammad said the administration’s longstanding concerns about whether the international students would connect with the U.S-focused material proved generally unwarranted.

Denisse Alejandra de la Peña, who took the course from her home in Saltillo, Mexico, said people come to Harvard in part to understand the United States, and “learning about race and racism is crucial to anyone who wants to understand American society. The readings were really helpful. They gave us, in just two weeks, the whole picture of not only what is going on but why it is going on.”

She said she wished the lessons had also offered more global perspectives on racism. To have time for that, she thought the curriculum might be better handled as a semester-long course, with more time for historical context and cross-border comparisons.

Aerial Adams, who started her MPP program after graduating from Howard University in May, said that given the emotion-charged issues, it was tough at times not to be on campus in person because of the pandemic and have the chance to talk things through with classmates and professors. As a result, she said a few tense moments went unresolved. Still, she said, “more schools should absolutely have a race and racism course, however they name it. They need the course.”

Adams said that while she felt the course should have been longer, “My very initial impression was that I was happy that HKS was doing something—just even having the course to begin with was a huge step for me,” she said, “not because it was necessary for me as a Black American who has learned this material but because they’re ensuring that the people they put out into the world are also getting that education.”

Banner image: A man's reflection in the door of the Justice and the Legacy Museum in Montgomery, Alabama. The combined museum and new memorial is the nation's first site to document racial inequality in America from slavery through Jim Crow to the issues of today, said the nonprofit Equal Justice Initiative, a human rights organization in Montgomery led by Bryan Stevenson MPP/JD 1985. Photo by Brynn Anderson.

How should the U.S. presidential candidates think about criminal justice reform?