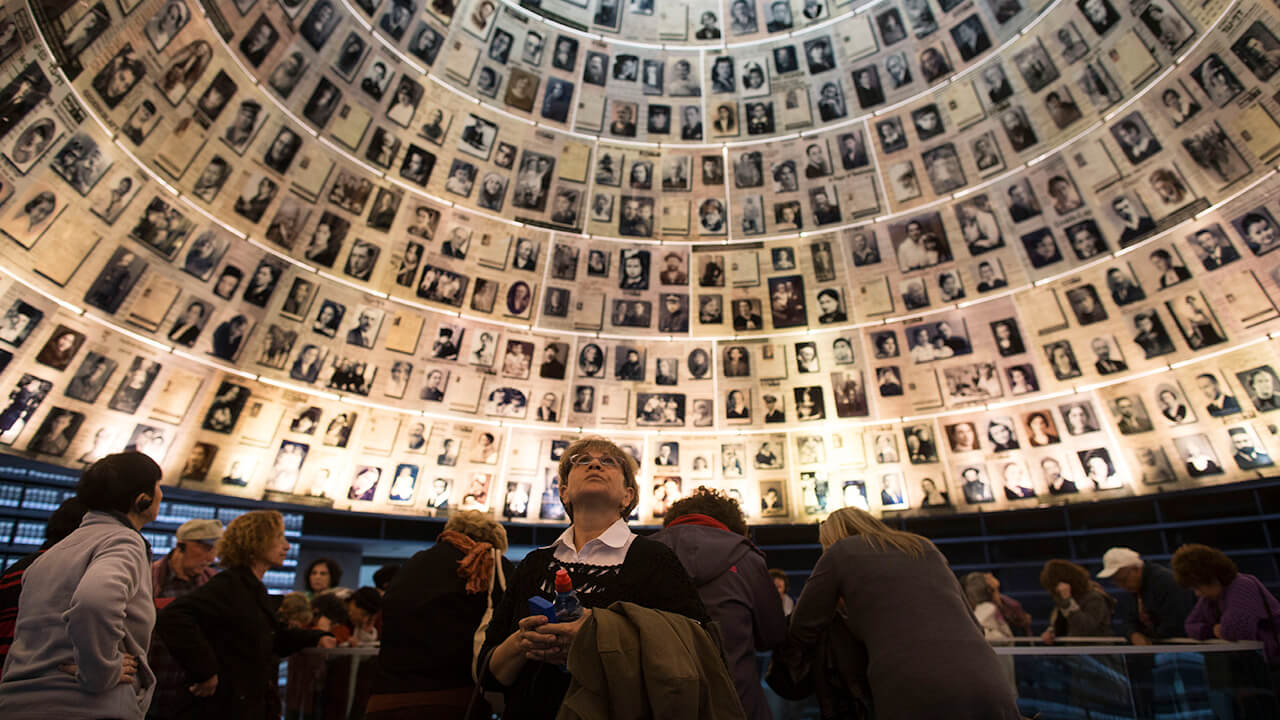 What history teaches us about hate

The powerful visual stories of genocide survivors educate through empathy.

A recent Forum at the Institute of Politics served as a “video launch” of sorts, celebrating Harvard University’s subscription to the University of Southern California (USC) Shoah Foundation’s Visual History Archive. The archive represents 55,000 video testimonies of survivors and witnesses of genocide from 65 countries and in 43 languages.

The panel discussion, moderated by Nancy Gibbs, director of the Shorenstein Center on Media, Politics and Public Policy, covered the impact these stories will have as our nation and the world strive to move past hate and violence. The conversation was introduced by Harvard President Larry Bacow and USC President Carol Folt. In a moving audio clip, the audience heard Bacow’s mother, Ruth, being interviewed by her daughter for the archive. Bacow said, “My mother survived Auschwitz as a teenager, the only member of her family and literally the only Jew from her town who survived the war,” he explained. He underscored the obligation of universities and colleges to share such stories in order to expose hatred and combat disinformation. “How can we resurface and reconsider the past while challenging unshakable certainty founded in many cases on the shakiest of foundations or on no foundations at all?” he questioned.

In a recorded introduction, Steven Spielberg, who founded the Shoah Foundation in 1994 as a way to videotape and preserve interviews with Holocaust survivors, applauded the effort to share these stories with new generations. “The heartbeat of the Shoah Foundation is the incredible bravery of the survivor community, survivors like Ruth Bacow and their families who contribute to the archive by giving testimony,” he said. “I know that the entire Harvard community is going to benefit from this incredible archive. And to have a partner in President Bacow and all those who now stand with us in our ‘stronger than hate’ efforts just leaves me truly honored and excited for what we can do together in all the days ahead.”

Joining Gibbs, who is also the Visiting Edward R. Murrow Professor of the Practice of Press, Politics and Public Policy, were Marty Baron, executive editor of The Washington Post; Stephen Smith, the  Finci-Viterbi Executive Director of USC Shoah Foundation; Cornell William Brooks, the Hauser Professor of the Practice of Nonprofit Organizations at the Kennedy School and former president and CEO of the NAACP; and Joan Donovan, research director of the Shorenstein Center and a scholar of disinformation and networked hate groups.

Gibbs put the first question to Smith: How can looking back in time help us move forward? “I think what the lesson of history here is that we can't wait for disaster to happen and for mass violence and genocide to occur when we have the tools at our disposal now,” he said. “We can listen to the 55,000 people from different genocides in the last century to understand what those warning signs might be.”

Brooks echoed the importance of this history to our future. “What that means is that we have to be vigilant teaching in the present moment,” he explained. “Nazis were inspired by Jim Crow laws of the U.S. So evil is influenced by evil; legal regimes that perpetuate hate are influenced by one another.”

“When we look at German antisemitism and American anti-Black racism,” Brooks said, “there's a connection. Two organizations that are a hundred years old in this country were born out of hate crimes, specifically The Jewish Antidefamation League and the NAACP.”

Baron addressed the difficulty the media faces in a time where objective fact has been severely undermined. “Our obligation is to lay all the facts out so that people can see what the actual evidence is,” he said. “And still there are some segments of the population that continue to deny that the Holocaust—despite the mountain of evidence, some of which brings us together today—actually occurred.”

“We're celebrating tonight an archive, but it's not merely the collection of video testimonies and witnesses. We see this as a chorus of voices, and they help us better understand our times.”

In this environment, Baron recommends appealing to the majority of the population who understand facts: “We need to work on the people who are open to listening to facts and present them in a way that is as convincing as possible. And to make sure they are the ones who prevail in terms of setting policy.”

Setting policy, however, is challenging when lawmakers do not always understand how information, disinformation, and channels of communication work. Donovan, who had just testified in front of the Senate Judiciary Committee on disinformation, algorithms, and amplification, said the learning curve is steep. “The Senate, as well as representatives from these (social media) companies do not know what they have built,” she said. “So the challenge of policy is a real one.” If policymakers do not fully understand the extent of disinformation and the hate it spurs, there is a risk of more violent events occurring. “There are very few things that people are willing to lay their life down for,” Donovan said. “One of them is democracy, and one of them is the fate of their national identity. And so we have to be really careful about that in public.”

The panelists agreed that the moving stories captured in the Shoah Visual History Archive will help address hate by giving us a way to access empathy. And according to Brooks, we only have to look at the murder of George Floyd to understand how it works. “We have young people with their phones who are using current technology to amplify the message,” he said. What we do with it, is up to us. “Our challenge is literally targeting the message, focusing the message, and creating opportunities for understanding by linking present social justice challenges to the social justice challenges of the past.” As Brooks put it, “These stories create the empathy, which creates the agency, which creates the resiliency to launch social movements.”

What is Stronger Than Hate? Lessons from Testimony, Media, and Scholarship

Finding that one important story in anti-racism work