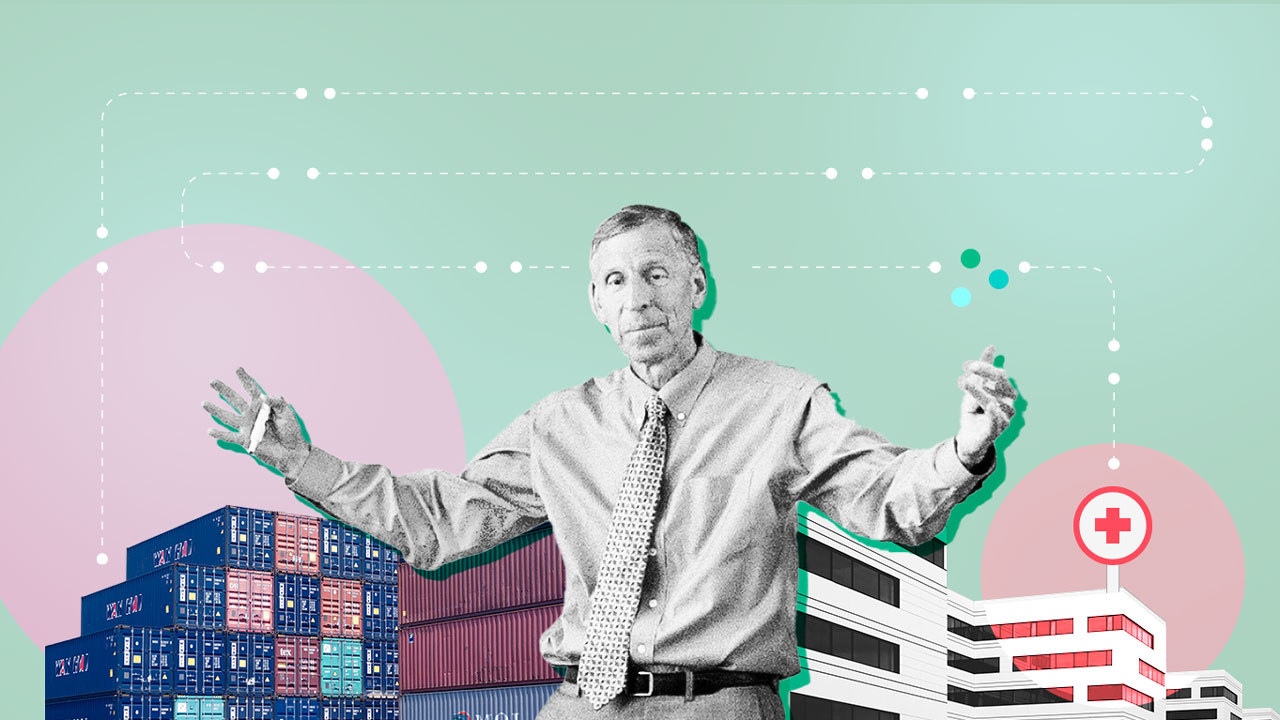 Students in Mark Fagan’s supply chain management course spent the spring semester using their skills to help organizations on the front lines of the COVID-19 crisis.

When Mark Fagan, lecturer at Harvard Kennedy School, was putting together his spring course “Supply Chain Management for Public Service Delivery,” he was not expecting that he would be teaching against the backdrop of a global pandemic.  Fagan’s pedagogy usually emphasizes experiential learning; because of time constraints, this course would have to rely on in-class discussions with public service professionals via Skype. The final project was going to be a 2000-word paper, rather than a deliverable to a local municipality or nonprofit organization, as is typical in Fagan’s classes.

But by early March, the COVID-19 pandemic was exploding in the United States. Cities were shutting down, workers were staying home or being laid off, and American hospitals were beginning to see the kinds of caseloads that their counterparts in China, Italy, and Iran had experienced weeks earlier. The focus of the course began to shift out of necessity; how could a class on supply chain management (SCM), one of the fundamental aspects of how governments deliver services to citizens, not address the most acute public health crisis since polio in the 1950s? Then in mid-March 2020, Fagan got an email from the chief of internal medicine at a local hospital.

“She has been a client of mine in operations management for five or six years and we've had a wonderful collaboration,” Fagan recalls. “[She said] ‘What's going on at the hospital right now is an amazing set of challenges in terms of operations. It would be great if we could find some ways to document and learn from it.’"

“And I responded back with, ‘Well that's one option, but I think I have one that may be even more effective.’"

The problem the hospital was dealing with was scheduling during its response to the pandemic. Hospital administrators needed a tool that would help coordinate the schedules of 300 medical professionals and provide advanced analytics to optimize assignments. The hospital needed a dynamic way to assign individual doctors or nurses to wards based on experience, capabilities, work hours, and other restrictions.

Calling in the troops

Fagan reached out to students in his SCM course to gauge their interest in working on the project but wasn’t sure what kind of response he would get. It was spring break, many students had left campus, and Fagan wasn’t sure how receptive they would be to working on a project during their time off. But the students’ response was emphatically positive.

“About 10 people responded back and said, ‘We're on.’ They spent much of spring break working on it and then a subset of them kept going and made it their full project,” Fagan says. Not only did Fagan’s students come through, but a handful of HKS students who were not enrolled in the course volunteered to help on the project.

“I learned about the project from a friend in Professor Fagan's class,” says Sam Gilman MPP/JD 2022. “When she described the challenge the hospital was facing, I realized that my experience building dashboards [at another institution] would translate directly to helping the hospital. I saw an opportunity to help support the hospital and knew I could find other students with a complementary skill sets to join the team.”

The team developed the dynamic scheduling tool that the hospital needed, and by early April it had been delivered for testing and implementation by medical staff. 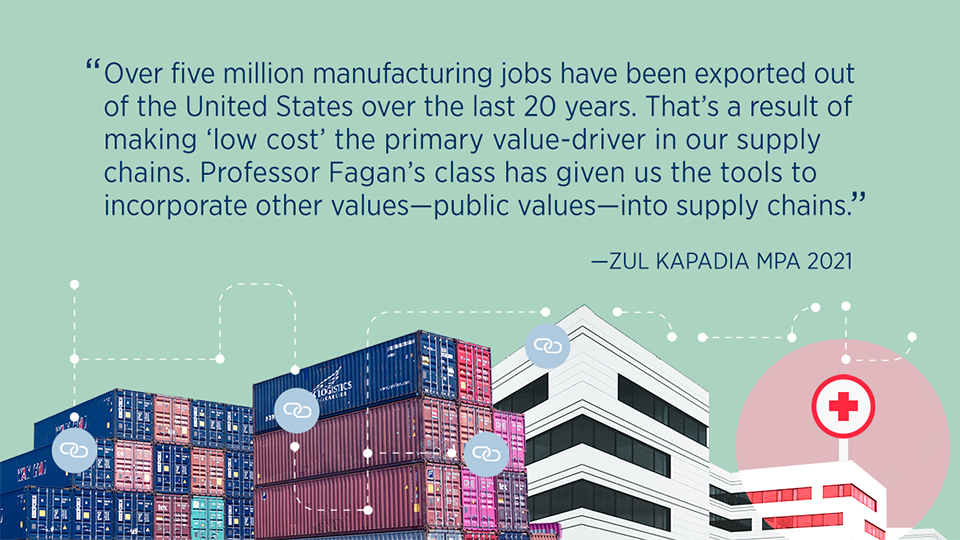 The students’ response inspired Fagan to set up more projects as part of the course. He reached out to his contacts in municipal government and the healthcare industry to see if any needed assistance in addressing the COVID-19 pandemic. Within days he was able to set up projects with several host organizations.

The common thread running through each of these projects is the supply chain. Governments must figure out how to move services, equipment, and necessities from suppliers to end-users—in this case, constituents.  The ongoing controversy surrounding shortages of personal protective equipment for healthcare providers dealing with COVID-19 is just one example of the ways that reliable and resilient supply chains are crucial to the delivery of public services.

At the hospital hosting the scheduling project, another group in Fagan’s class is developing a plan for a telemedicine service, which could be valuable in promoting social distancing and reducing the number of people who must come to the facility in person. The group is trying to answer fundamental questions about the role such a service would play in a hospital, and the logistics for implementing it.

Another project involves a major blood donation center that needed to develop a blood plasma collection program. Normally, such organizations already have supply chains in place for identifying and bringing in donors. But COVID-19 presents a unique challenge. The center must find plasma donors who have had COVID-19, recovered, and no longer test positive. Such donors are unlikely to have donated plasma before and are more difficult to find. To address this challenge, students in Fagan’s class are developing a program that will help the organization identify recovered COVID-19 patients, obtain plasma donations, and distribute these donations to processing centers.

A unique experience in experiential learning

For the students, the complexity of the problems, and the unpredictable nature of the crisis, generated challenges that would be difficult to recreate in a classroom environment.

“We're navigating through imperfect and uncertain information,” says Zul Kapadia MPA 2021. “Like many professionals understand, real life isn't a perfectly balanced case study or simulation. We have to struggle with what we're given and create value.”

Fagan says the students have handled the pressure of the situation with aplomb. “I've been on calls on the weekends with students and their host clients working on these issues. Morning, afternoon, evening. They've definitely taken it on.”

“Over five million manufacturing jobs have been exported out of the United States over the last 20 years. That's a result of making ‘low cost’ the primary value-driver in our supply chains. Professor Fagan's class has given us the tools to incorporate other values—public values—into supply chains.”