The pandemic a year later: What went wrong and what’s ahead | Harvard Kennedy School
Skip to main content

The pandemic a year later: What went wrong and what’s ahead

Returning to the John F. Kennedy Jr. Forum, four experts revisit the policy and political failures of the past year and look for lessons.

One year ago, specialists gathered on a stage at Harvard Kennedy School for an Institute of Politics forum to ponder the surging COVID-19 pandemic. The audience chairs were spaced a few feet apart, a tentative step toward what people were learning to call social distancing. Even so, the first question from the moderator was whether the event should be taking place at all. Indeed, it was among the last public assemblies at Harvard before everyone was sent home and the University went remote.

On another Friday afternoon exactly a year later, the same experts gathered for another John F. Kennedy Jr. Forum, this time via Zoom, to consider the many missteps, the deadly disinformation, and the hard-won, unequal progress since then. They also looked ahead to the coming year and what could come next.

Moderator Rick Berke, the executive editor and co-founder of the Boston-based STAT health and science news site, asked the three panelists to quantify the additional damage that resulted from “the lies and the dysfunction” in the United States over the first year of the pandemic.

All three speakers, who have earned national prominence during the year as pandemic analysts, offered pointed criticism of elements of the Trump administration’s response.

Dr. Michael Mina, assistant professor of epidemiology at Harvard T.H. Chan School of Public Health, said that if the U.S. response had been organized and orderly, with clear White House communication each day, “we could have had people actually on the same page … and have everyone across the political spectrum on board.”

“Just in terms of the mortality due to the virus alone, we could have potentially come away with 10 percent of the deaths, had this been super organized,” Mina said. “I think that the COVID mortality could have been hundreds of thousands fewer with simple changes that we could have made in July.”

Juliette Kayyem, the Belfer Senior Lecturer in International Security at HKS and a former emergency management official in the U.S. Department of Homeland Security under President Obama, said, “I am unrelentingly unforgiving of what that administration did and what the president did, outside of the politics of it. And as we come out of this in the next 18 months, there will have to be an accounting. It’s just not acceptable for the nation to have endured what it did.” 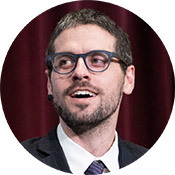 “Just in terms of the mortality due to the virus alone, we could have potentially come away with 10 percent of the deaths, had this been super organized.”

Helen Branswell, an infectious disease senior reporter for  STAT, called out one example: “It’s a tragedy and a scandal that the former president did not get vaccinated in public.”  She said Trump could have used the bully pulpit to encourage vaccine skeptics: “He could have set an example for people and he chose not to do that.” Under President Biden, she said, there has been “a change in tempo and tenor. And President Biden is seen wearing masks constantly.”

Asked what they wished they had understood better a year ago, Kayyem said she was late to recognize the value of wearing masks. “Any rational person looking at respiratory diseases in the past might have been earlier on masking. Looking back, it’s clear that we all missed a beat there.”

Branswell said she had originally warned people not to expect vaccines to be developed quickly, but in fact they did come speedily and “they not only work, but they work really well. It’s nothing short of a scientific miracle, if that’s not an oxymoron.”

Looking ahead, Branswell stressed that vaccination progress in the United States will not spell the end of the pandemic if poorer countries do not also receive vaccine supplies. The risk of variants popping up somewhere and spreading makes a global strategy vital, she said.

Mina, who also is a core faculty member of the Chan School’s Center for Communicable Disease Dynamics, argued for devoting at least a few billion dollars of any COVID-19 response package to preparedness for future pandemics.

“I look at it this way: this virus is a baby virus. It jumped into humans, and it has so much room to grow and stretch its legs, and we're seeing it do just that. As long as we continue to have mass transmission due to inequities in vaccine distribution, we are all at risk,” Mina said. “Any day, a new pandemic can arise due to new strains of this virus that can potentially become blind to immune systems that have already been vaccinated. Or it could be a new virus.”

One Year Later: COVID-19 and the Road Ahead

Measuring the health and economic trade-offs of pandemic lockdowns