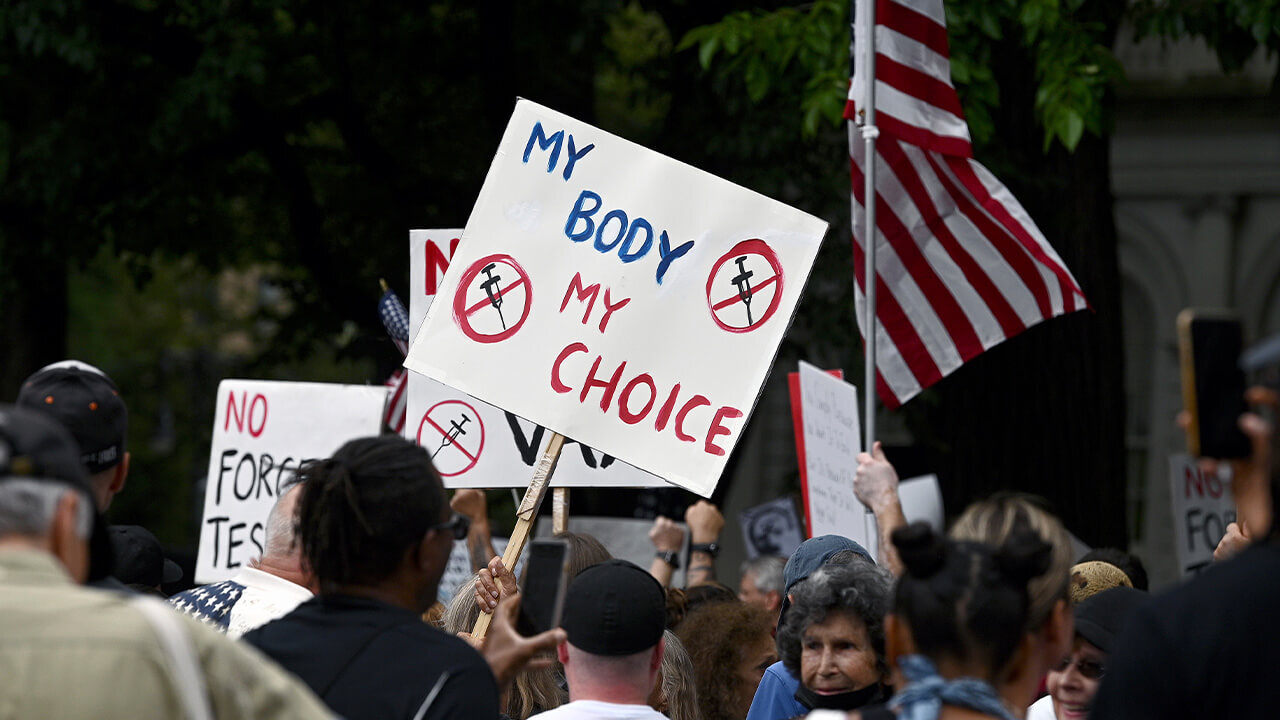 Is vaccine misinformation affecting our health?

In a recent webinar presented by the Kennedy School’s Shorenstein Center on Media, Politics and Public Policy, Matthew Baum and a team of principal investigators with the COVID States Project explained the results of their latest report. A series of nineteen surveys conducted from April 2020 to July 2021, indicated that not only do people believe false claims about COVID-19 vaccinations, but they are more likely to jeopardize their health because of the misinformation. Matthew Baum, the Marvin Kalb Professor of Global Communications, and one of the principal investigators, began the discussion with an overview of the project and the sampling techniques. “Our surveys include samples of three to 500 people per wave, across all 50 states plus the district of Columbia. Typically 20 to 25,000 total respondents per wave,” he explained. “We also, in parallel, collected social media data from survey respondents who agreed to allow us to do so.”

Four vaccine misperceptions were used in the study:

Mauricio Santillana, assistant professor at Harvard Medical School, noted, “Misinformation is happening in the context of a public health crisis.” He showed that from September of 2020 to February of 2021, the most deaths occurred in regions where misinformation was more prominent. “The effectiveness of non-pharmaceutical interventions such as mask wearing and social distancing, was very well established, and at that point we feel that many of the deaths that happened could have been prevented,” Santillana said.

“I think that this is showing a lack of health literacy in some very important communities, but also civic education, which attacks the core element of trust in institutions.”

John Della Volpe, director of polling at the Institute of Politics, explained how the misinformation affected people of different generations, races, and even voting preferences. He also analyzed vaccine misconception by news sources. For example: of the respondents who said one or more of the misconceptions were accurate, 22% percent said they got their news from Facebook. Of those, 29 percent reported that they might get vaccinated and 25 percent said they would not. Vaccine hesitancy was also linked to the lack of any information. “I would say one thing that we have found is that people who are less engaged with the news do tend to be more hesitant,” he pointed out. “There are some instances where no news is worse on this dimension. I think that this is showing a lack of health literacy in some very important communities, but also civic education, which attacks the core element of trust in institutions.”

While this new report reveals how misinformation can impact physical health, the study revealed striking links to mental health as well. Roy Perlis, professor of psychiatry at Harvard Medical School, noted that as part of the sampling, survey respondents were asked a set of nine questions every month or two to screen for major depression. “What we are seeing is a strong association between depression and lack of vaccination,” he said.  To understand the association, he points to misinformation. “About 84 percent of people who are not depressed will tell us that all four of those [misconception] statements are false, compared to 71 percent of those who were depressed,” Perlis said. “So, many more people who are depressed are endorsing at least one of those misinformation questions.”

The webinar also featured key findings from other COVID States Project team members. Katya Ognyanova, assistant professor from Rutgers University, spoke to vaccine misconceptions, Jon Green, postdoctoral fellow from Northeastern University, identified misinformation by news sources, and David Lazer, distinguished professor at Northeastern University discussed Twitter misinformation. This special report on vaccine misinformation from the 50-State COVID-19 Survey is available on the COVID States Project website, along with other reports, including a recent one on parental concerns about COVID-19 vaccines.

Vaccine Misinformation: A New Report from the COVID States Project

Fallacies, hard truths, and lessons learned from the global response to COVID-19