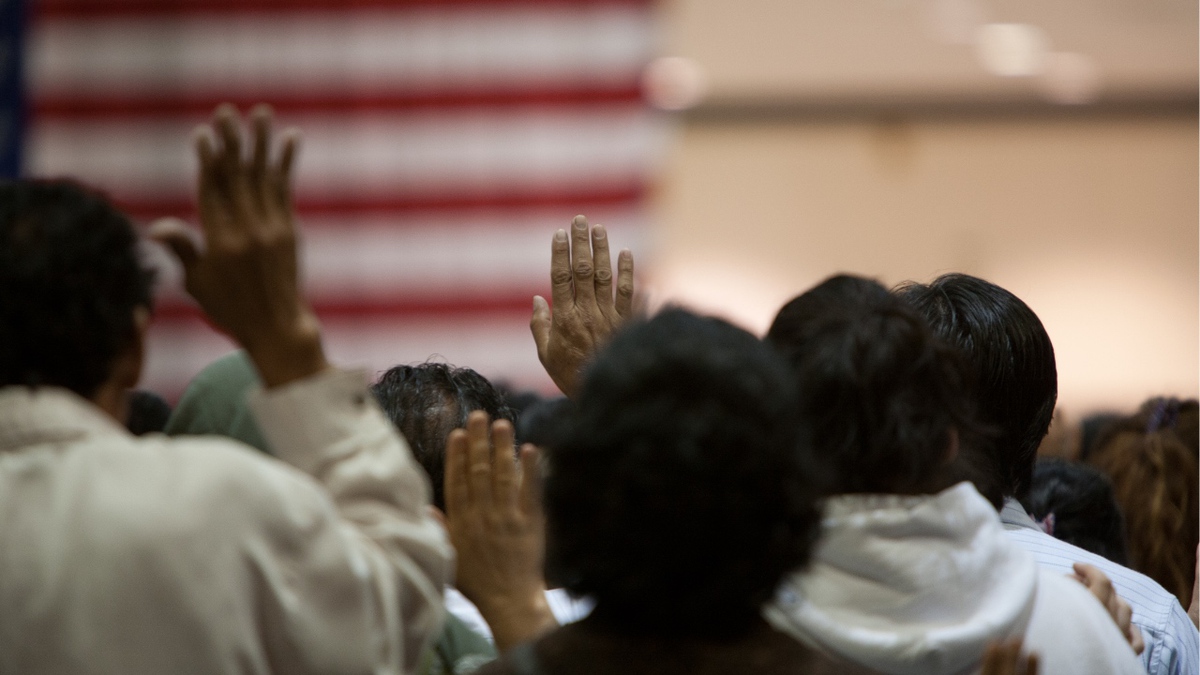 Poll finds strong bipartisan support for rights, and concern that rights are under threat

In an election season marked by fierce partisan division, majorities of Americans of all political stripes express strong support for rights that reach well beyond those guaranteed by the U.S. Constitution, including the rights to affordable healthcare, clean air and water, a quality education, and privacy of personal data.

That is one of the key findings in a national survey being released Tuesday by researchers at Harvard Kennedy School’s Carr Center for Human Rights Policy.

The survey also finds that majorities of people feel that core rights are under threat, and more respondents say their rights are “not very secure” than “very secure.”

The survey of 2,093 adults, conducted in July, is part of a Carr Center project called “Reimagining Rights and Responsibilities in the United States,” overseen by Carr Center Director Mathias Risse, the Lucius N. Littauer Professor of Philosophy and Public Administration.

“Many of the themes emerging from the polling show there is convergence around issues such as the ability of Americans to come together during crises, the need for greater safeguards around the right to privacy, the importance of racial justice to a wide range of Americans, and concerns about public institutions and leaders,” Risse said.

The project director, Carr Center Senior Fellow John Shattuck, said the poll reveals surprising bipartisan support for expansive views of American rights and shared values. He pointed to findings that more than two-thirds of Americans agree that they “have more in common with each other than many people think,” including 74 percent of Democrats, 78 percent of Republicans and 66 percent of Independents.

Percent of respondents who believe "Americans have more in common with each other than many people think."

Bipartisan majorities have an expansive view of rights, believing the following to be "essential" rights.

Percent of respondents who believe the government has a responsibility to protect Americans, versus percent who believe it's "not doing a good job" at doing so.

Shattuck, a former U.S. assistant secretary of state for democracy, human rights, and labor, said the poll also underscored the ways in which Americans of both parties worry that protections for rights are under threat, even if in some cases they diverge on which rights are in danger and from whom. Bipartisan majorities agree that “government,” “politicians,” and “other Americans” are “the most serious threats” to voting rights, equal protection, free speech, and racial equality.

“The polling results show that Americans value their rights but know they are threatened,” Shattuck said. ”When rights are threatened, democracy is endangered by attacks on the very values Americans believe they have in common with each other.”

The poll found that “events of recent months,” including the pandemic and economic and racial justice issues, led bipartisan majorities of Americans to “think differently about the role and responsibility of government in protecting rights.”

Shattuck noted that 81 percent of respondents, including 77 percent of Democrats, 91 percent of Republicans, and 78 percent of Independents, agreed that “without our freedoms America is nothing.”

The project will issue a report in October assessing the state of rights and responsibilities in the United States and making recommendations to policymakers and citizens for strengthening rights. The project has also drawn from “town hall meetings” of representative groups of citizens in Phoenix, Detroit, and Atlanta.

The poll, with a margin of error of 2.76 percent, was conducted by NORC, based at the University of Chicago.

Reimagining rights and responsibilities in the United States