A faster pace and a more dangerous scenario: Extremism in the United States and abroad | Harvard Kennedy School
Skip to main content 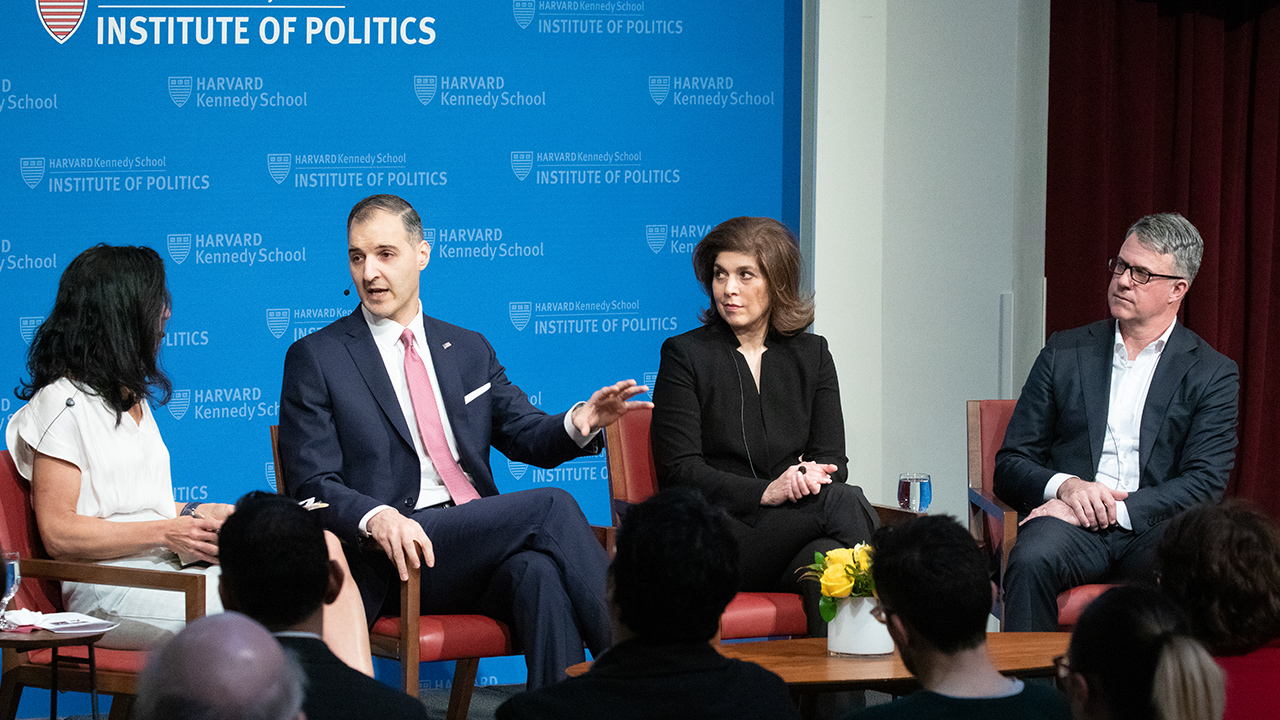 A faster pace and a more dangerous scenario: Extremism in the United States and abroad

Experts examine the growing dangers of extremism and the tactics that can be used to defeat it.

In the wake of the recent attacks on two mosques in New Zealand, the Belfer Center and the Institute of Politics at Harvard Kennedy School convened a panel discussion examining the roots of global and domestic extremism. The speakers outlined their recommended approaches to ending the violence perpetuated by these extremist groups, whether religious extremists or nationalists and white supremacists. These groups pose significant national security threats within the United States and in other countries around the world and challenge the foundations of free and democratic societies.

The panelists discussed the roots of extremism, attempts to end not only extremist violence but also the groups’ allure and paths to recruitment. The panel provided insights into how the United States and other governments can win against extremism in all its forms and curtail extremist groups’ use of social and digital platforms to attract new adherents.

The speakers brought a diversity of backgrounds and perspectives to the discussion:; Farah Pandith, former State Department U.S. Representative to Muslim Communities; George Selim, Anti-Defamation League’s senior vice president and former director of the Office of Community Partnerships, Department of Homeland Security; and Eric Rosenbach, co-director of Harvard Kennedy School’s Belfer Center for Science and International Affairs and former Assistant Secretary of Defense for Homeland Defense and Global Security from September 2014 to September 2015.

During the event, Selim outlined the significant increases is white nationalist violence over the past ten years, while Pandith pointed to the mechanisms by which extremist groups use social media and other digital platforms to deliver their messages and indoctrinate new followers. Rosenbach called on social media companies and the U.S. government to do more to monitor and regulate digital platforms, making it harder for extremist groups to attract new recruits.

The panelists provided the following observations and recommendations:

“The focus of this panel changed dramatically in the last two weeks as we think about what extremism meant in America and around the globe. The events in New Zealand were a reminder that extremism at times has no known identity, but that its rise through the world right now is not only violence against innocent people but is threatening to destabilize democracies.”

“We are seeing a more dangerous scenario, because it is not just bad guys who are using the name of Islam for their nefarious ends. As we saw in New Zealand, we are seeing different kind of extremism that is connected. These people are learning lessons from each other across different kinds of violent extremisms.”

“Over a ten year period –from 2008 through roughly 2017 – of all of the ideologically motivated murders and homicides in the United States, over 70 percent, 73.3 percent of murders and homicides were committed in the name of white supremacy, white nationalism, and white identity politics, and I think that is an important factor in this conversation as we start to think about what is it the death toll, what is the loss of life. Given the events in Pittsburgh last year and given the horrific events we saw in New Zealand recently, we know that this is a threat that we as an American society need to come to grips with.”

“Someone also needs to do a better job of shaming the social media companies. The fact that Facebook and YouTube and Twitter still do not take this (threat on their platforms) seriously after all of this time, and that they still won’t adjust the algorithms and the platforms that promote the most extremist views because they make them a lot of money is shameful. The extremists also need to be shamed but it is hard to shame them if the social media companies are enabling their actions.”

How We Win: Beating Extremism Abroad and in the US

Adrift, ignored, and indispensable: William Burns on the state of diplomacy