Report by U.S. and European experts offers action plan for stronger alliance to take on China and Russia.

American and European diplomacy experts are proposing a bold transatlantic strategy to revitalize the partnership of liberal democracies in North America and Europe, in part to make the alliance strong enough to stand up to China and Russia in coming decades.

A report issued this week by researchers based at Harvard Kennedy School and the German Council on Foreign Relations warned that it would be a missed opportunity for the United States and European allies simply to return to the cordial relations of 2016, before the disruptive four years of Donald Trump’s presidency.

Too much has changed in the world for that approach to be effective, the authors argue. “The world has not stood still: a more confident China, an aggressive Russia, resurgent authoritarianism and the existential threat of climate change present the U.S. and Europe with new and grave challenges,” the report says.

Instead, “the world needs a more powerful and purposeful transatlantic alliance to drive a new global agenda.”

The report, “Stronger Together: A Strategy to Revitalize Transatlantic Power,” argues that reviving the frayed alliance requires leaders on both sides of the Atlantic to pursue three strategic goals in the coming year as President-elect Joe Biden takes office:

The potential payoff: a unified alliance of 36 countries with 800 million residents working toward common policy goals grounded in liberal democratic values, offering an alternative vision to countries in Africa, Latin America, and Asia that have gravitated toward China in recent years. 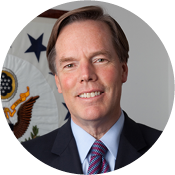 “It would be a mistake for any of us to think that Joe Biden’s victory alone can repair the breach.”

Nicholas Burns, the Goodman Family Professor of the Practice of Diplomacy and International Relations and faculty chair of the Future of Diplomacy Project in the Kennedy School’s Belfer Center for Science and International Affairs, and his co-authors presented the report at a virtual event Wednesday. Burns, a career U.S. foreign service officer who served as under secretary of state for political affairs, sketched the daunting scale of the test facing the transatlantic alliance.

“We’ve never had a crisis quite like the crisis of the last four years,” Burns told the audience. “We had Suez in 1956. We had arguments over Vietnam [and] the major divisions over the Iraq War…. But there’s been nothing like the lack of trust— the collapse of trust— the sanctions, the mutual acrimony and disagreements and recriminations.”

But Burns added: “It would be a mistake for any of us to think that Joe Biden’s victory alone can repair the breach.” He said Trumpism in the United States remains a political force, and Europeans also have seen authoritarian governments gain strength in countries including Hungary and Poland. At the same time, the climate crisis has worsened and global recession has deepened. All the while, China and Russia have extended their influence. 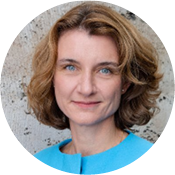 Europeans need to work together to “strengthen our democratic resilience within our own countries in the European Union … to make sure that at home the erosion of liberalism does not continue.”

Co-author Daniela Schwarzer, the director of the German Council on Foreign Relations, emphasized the need to restore trust within the transatlantic alliance if the partners are to command credibility among themselves and with rivals. The recommendations urge the allies to reaffirm the basic NATO commitment to mutual defense as one step toward rebuilding trust.

She also said Europeans need to work together to “strengthen our democratic resilience within our own countries in the European Union … to make sure that at home the erosion of liberalism does not continue.”

The 100-page report, an initiative of the Kennedy School’s Project on Europe and the Transatlantic Relationship, offers eight detailed action plans for developing common alliance approaches on issues including economics and trade, security, energy, and technology. The plans also set out steps for dealing with the Middle East, Iran, and North Africa as well as China and Russia. For example, the proposals call for developing a joint transatlantic effort to stop Russia’s destabilizing behavior, and agreeing to a 12-month truce on digital tax and regulatory action to create space to shape global standards. 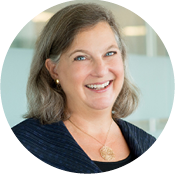 “The transatlantic community must be and is at its best when it is the core of a global community of free nations that is defending liberalism around the world.”

Victoria Nuland, a career diplomat who like Burns served as U.S. ambassador to NATO, noted that the recommendations call for building new institutions and tools to strengthen the ability of the transatlantic alliance to act jointly but without sacrificing sovereignty. These steps should include a new standing NATO-EU dialogue to shape common approaches to China on issues of technology, security, and human rights.

Nuland, a senior fellow in the Future of Diplomacy Project and report co-author, said the recommendations are built on the belief that “the transatlantic community must be and is at its best when it is the core of a global community of free nations that is defending liberalism around the world. And as you can tell from the issues we raise, we all feel that liberalism is under threat.”