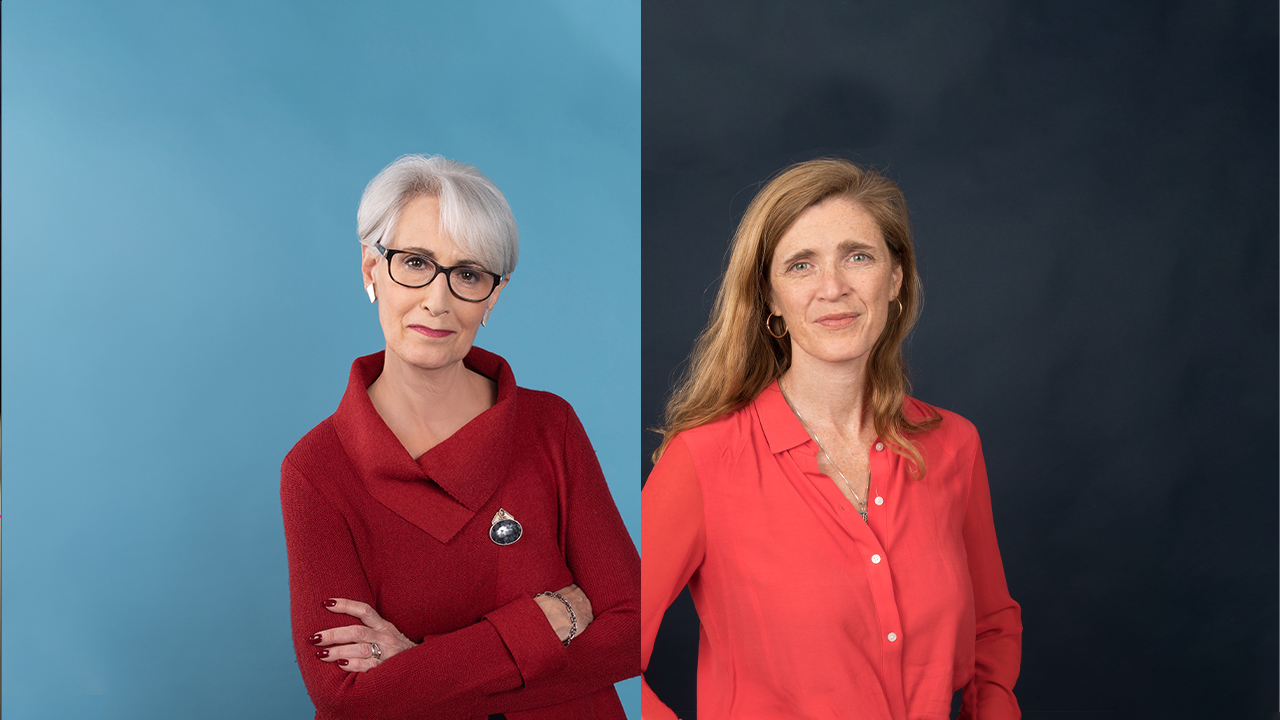 Both women held high-ranking positions during the Obama Administration. 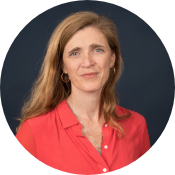 Power served as U.S. ambassador to the United Nations from 2013 to 2017 and before that as special assistant to the president and senior director for multilateral affairs and human rights. A former journalist, Power won the Pulitzer Prize for her book, A Problem from Hell: America and the Age of Genocide, and has written a memoir, The Education of an Idealist.  Before joining the U.S. government, Power was the founding executive director of the Carr Center for Human Rights Policy and a professor at the Kennedy School. 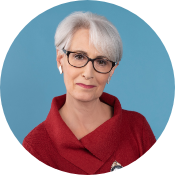 Sherman served as under secretary of state for political affairs from 2011 to 2015. She was the lead negotiator for the Iran nuclear deal and also led talks with North Korea on its nuclear and ballistic missiles programs. She began her career as a social worker and activist on child welfare and low-income housing issues and was director of EMILY’s List before joining the State Department during the Clinton administration. She is the author of Not for the Faint of Heart: Lessons in Courage, Power and Persistence.

Biden has pledged to elevate the role of diplomacy in rebuilding America’s international standing after what he has described as the isolationist approach of the Trump administration. Sherman and Power both are on record stressing the vital importance of raising the profile of  alliance-based diplomacy and support for human rights as leading tools of U.S. foreign policy.

“Wendy Sherman and Samantha Power have contributed so much to the Kennedy School, through their teaching, writing, and engagement with public leaders,” Kennedy School Dean Douglas Elmendorf said. “Our loss now is the country’s gain, and we look forward to welcoming them both back to the Kennedy School in a few years and learning from their new experiences.”

Sherman said: “At Harvard Kennedy School we teach that there is no higher calling than public service. Over these past two years I’ve been humbled by our students, who understand this with complete conviction and commitment. The HKS community is filled with visionaries, interrogators, advocates, and scholars—in short, truly remarkable people who are working every day to make life better for all of us. I’m grateful to have been a part of it, and to now once again have the opportunity to represent this country, our people, and democratic values around the world.”

Power added: "The Kennedy School has been a wonderful home on and off for the past two decades. I have learned tremendous amounts from my students and colleagues, which will inform my approach to USAID in countless ways. On a personal note, amid such an incredibly challenging year, I have been grateful to get to know such thoughtful and determined students. I look forward to bringing a whole new set of experiences and ideas back to the classroom at some point in the future."

Sherman will be the nation’s second-ranking diplomat while Power will run USAID, a position that Biden is elevating to be part of the National Security Council. USAID leads American international development and humanitarian work in over 100 countries.

Nicholas Burns, the Goodman Family Professor of the Practice of Diplomacy and International Relations at the Kennedy School who previously served as under secretary of state for political affairs, said, "President-elect Biden has nominated two of America's most experienced and capable public servants to vital posts in the new administration.”

“I have worked with Ambassador Wendy Sherman in and out of government for three decades and admire her extraordinary skill as a diplomat. She is an outstanding nominee for deputy secretary of state at a time when the foreign and civil service need a complete revitalization,” said Burns, who leads the Kennedy School’s Future of Diplomacy Project. “Ambassador Samantha Power is an inspired nominee to lead the U.S. Agency for International Development in its own rebirth as a critical element of American influence in the world. We at Harvard Kennedy School are proud of them both."