Analysts say Russian invasion has been a “psychological shock” for Europe that could bring deep strategic changes including less dependence on U.S.

Russia’s invasion of Ukraine has provoked a sudden and potentially long-lasting shared resolve across Europe on the need for a stronger, more independent security strategy after decades of reliance on the United States, according to two prominent international relations analysts.

At a Harvard Kennedy School event on Thursday organized by the Belfer Center for Science and International Affairs, Stephen Walt, the Robert and Renee Belfer Professor of International Affairs, and Benjamin Haddad, director of the Atlantic Council’s Europe Center, reflected on what both described as a much-needed wake-up call for Europe.

Professor Walt gives his thoughts on the crisis and the role the international community played leading up to it.

“I would argue that the war in Ukraine has in some respects dispelled a whole series of liberal illusions that misled many people during the post-Cold War period,” said Walt. Those illusions include the idea that a major war could never happen again in Europe, and that the spread of economic interdependence and the expansion of NATO would mean that “eventually all of Europe would be a vast zone of peace.”

“What European countries have now discovered is that … hard power still matters in world politics,” Walt said, and “one can’t simply let defense capabilities atrophy for several decades and expect you’ll never need them … . So in a sense, we are returning to a lot of fundamental principles of, I would argue, realist views on international politics—which is unfortunate, because a realist world is often a bleak world.” 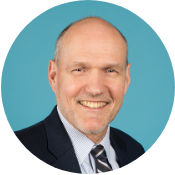 “I would argue that the war in Ukraine has in some respects dispelled a whole series of liberal illusions that misled many people during the post-Cold War period.”

Walt said a second wakeup call was the reminder that “powerful countries often do pretty horrible things when they feel, rightly or wrongly, that their security is being endangered.” He said the United States did the same in 2003 by invading Iraq: “It was every bit as illegal as what Russia is now doing.”

Haddad, who previously taught international relations at Sciences Po university in Paris and later worked for the European Commission, called the Russian invasion a turning point for Europeans: “We’re now putting our money where our mouth is, and you’re seeing some actual decisions that suggest there’s sort of a psychological shock taking place right now in Europe.”

He noted that in past years, there was considerable disagreement on the perceived threat from Russia, with France and Germany taking a more cautious approach while southern, central, and eastern European countries “felt more threatened by what they saw as Russian revisionism.” Both France and Germany led the attempt to negotiate a diplomatic solution with Putin in recent weeks, hoping to revive the spirit of the Minsk agreement that sought to end fighting in the Russian-backed separatist regions in eastern Ukraine in 2014.

“I think seeing Putin turn his back so blatantly on diplomacy explains the forcefulness of the response in the short term,” Haddad said. “But when I’m talking about a wakeup call, I think something much deeper is happening in Europe that will have really long-term consequences.”

Haddad said Europeans “had been living in a form of paradise where they believed their model escaped some of the tensions and turmoil of the rest of the world.” But in recent years, U.S. presidents from Barack Obama to Donald Trump and now Joe Biden have pivoted toward Asia and embraced other strategic priorities—and the invasion of Ukraine made the consequences very clear for Europe. 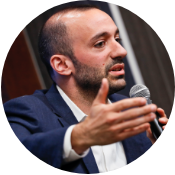 “We’re now putting our money where our mouth is, and you’re seeing some actual decisions that suggest there’s sort of a psychological shock taking place right now in Europe.”

Haddad pointed to what he called “the most stupefying aspect of this wakeup call”:  Germany’s 180-degree course change on defense spending, with an announced 100 billion euro defense investment fund for upgrading military equipment. He said he also expected more European action toward energy independence given the role that energy is playing as a political and strategic weapon in this conflict.

Walt, a former academic dean at the Kennedy School, said European countries “were able to sustain a fairly complacent attitude for a long time because they were confident that at the end of the day, the United States would always bail them out and protect them, and nothing serious was going to happen. The speed with which Europe has adjusted its thinking there is really quite striking.”

Walt said a risk in this crisis is that it may pull China and Russia closer together, requiring the United States to do more in Asia. That in turn could prompt a new division of labor in transatlantic cooperation between Europe and the United States. “That’s going to require the Europeans to essentially establish more autonomous military capabilities that are not dependent on the United States again being the first responder there.”

This poses a challenge for the United States, Walt said, given that “the American attitude has always been at best ambivalent about European strategic autonomy. We didn’t want the EU to get really independent.” Haddad agreed and said it would be important for Europeans to invest more in defense industries in their own countries and not simply buy American weapons if they want to persuade Europeans to embrace this revamped burden-sharing.

Walt warned against what he described as premature triumphalism over the initial struggles of the Russian military in Ukraine. And he said it would be extremely dangerous to assume that the response must be regime change in Russia. “You do not want to back a nuclear power into a corner where they feel their survival is at stake. And that means the diplomatic challenge we’re facing going forward is a very, very tricky one.”
—
Banner image: Senior U.S. and European diplomats and security officials confer in Brussels on March 4 on the response to Russian invasion in Ukraine.(AP Photo/Olivier Matthys)
Haddad photo by Paul Morigi / Brookings Institution. Walt photo by Martha Stewart