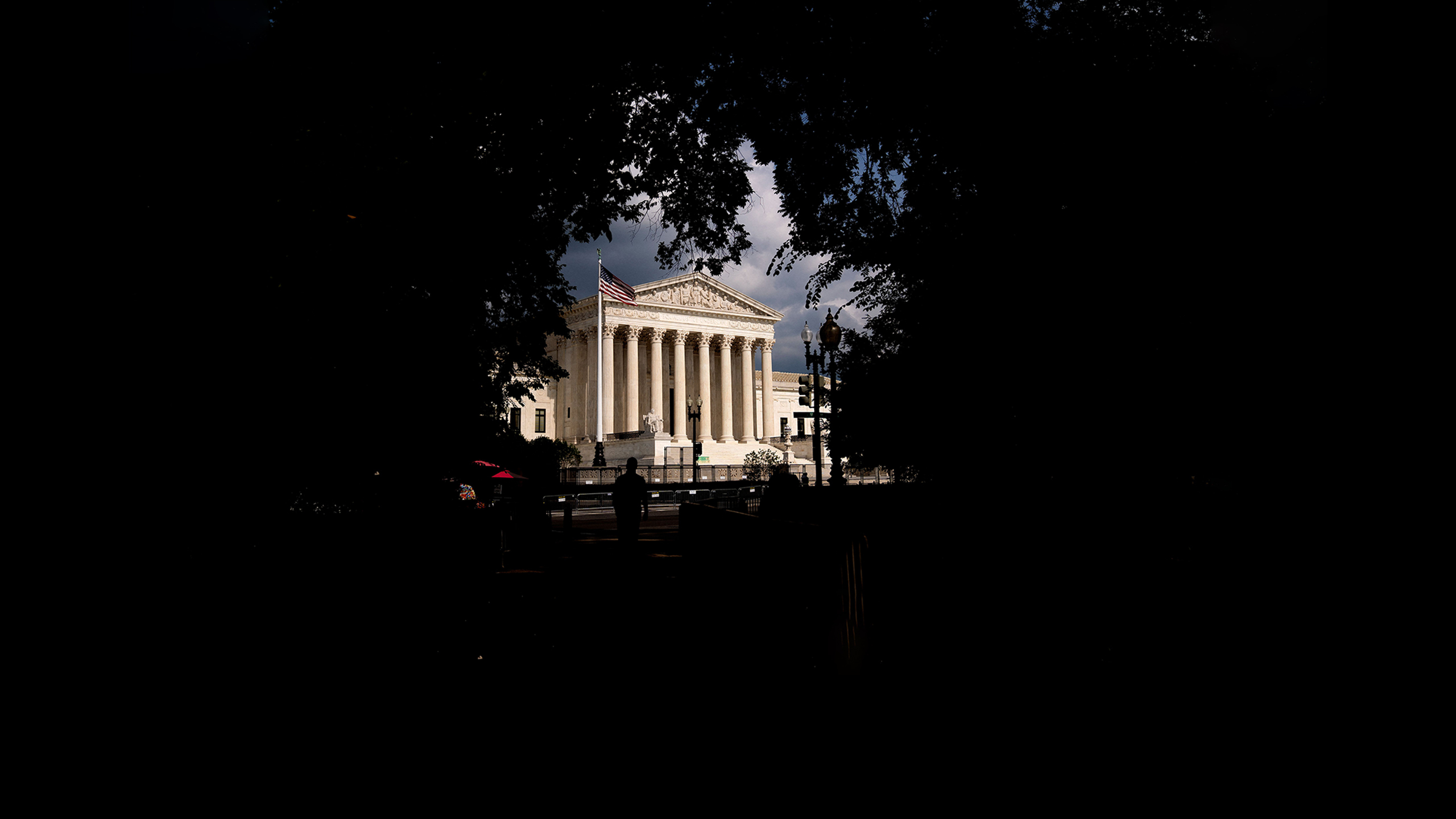 HKS Professor Maya Sen, who has researched how Supreme Court decisions align with public opinion, reflects on the meaning of the historic ruling overturning constitutional protection for abortion.

On Friday, the U.S. Supreme Court overturned Roe v. Wade, ending nearly 50 years of constitutional protections for abortion. The ruling is expected to result in abortion bans in nearly half the states. Harvard Kennedy School Professor of Public Policy Maya Sen is a political scientist who studies the politics of the judiciary and leads SCOTUSPoll, a project jointly coordinated by Harvard, Stanford, and the University of Texas that studies public opinion of Supreme Court rulings. We talked to her about the historic Dobbs v. Jackson Women’s Health Organization ruling, how it aligns with public opinion, and the possible political and legal ramifications.

Q. In your most recent polling of Americans’ attitudes on major Supreme Court cases, which was conducted earlier this spring, how did Americans view the possible repeal of Roe v. Wade?

Most Americans can only identify one or two Supreme Court cases. Brown v. Board of Education is one, and Roe v. Wade is the other.

Roe is actually a pretty popular Supreme Court opinion. Around 60% of Americans—and a majority of independents—believe that it should not be overturned. So the ruling today overturning Roe will have huge political ramifications.

That said, even though Roe v. Wade is a popular ruling, Americans actually disagree about the nuances of abortion itself—for example, when in pregnancy to draw the line. If you ask Americans whether a ban after 15 weeks of pregnancy is unconstitutional—as was the case in Dobbs v. Jackson Women’s Health Organization—a large majority of Democrats say it would be unconstitutional, but a slimmer majority of Republicans would disagree.

I’d say a lot of Americans land right around where Chief Justice Roberts did in the ruling today—in thinking that the Mississippi law at the heart of Dobbs is constitutional but that, even so, Roe v. Wade should not be flatly overturned.

Q. Your polling research shows that the Supreme Court has drifted further to the right than most Americans not just on abortion access but on several other hot button political and social issues. How is this decision likely to impact public perception of the court and its legitimacy?

With the court striking down Roe v. Wade, it has cemented its position as being more conservative than the majority of Americans and more in line, more or less, with the average Republican voter’s position. I think this ruling will draw attention to how conservative the court has become.

And given how polarized everything has become in American politics, I would expect that people who are liberal or Democrat will view this court with skepticism and distrust. As more and more cases come out that liberals and Democrats find objectionable, this will hurt the court’s standing with them.

It’s also important to remember that a majority of Republicans—if not necessarily a majority of Americans—think that Roe v. Wade should be overturned and that the Mississippi law at the heart of the Dobbs case is constitutional. I think this decision will be quite popular among this group. Republican Party leaders have worked for years for this moment in terms of judicial appointments, and this ruling is strong evidence of their hard work paying off. If anything, Republicans’ approval of the court will probably increase.

Q. Can you predict what the political ramifications of this decision will look like at the state and federal level?

The Supreme Court striking down Roe v. Wade puts the onus on politicians in blue states to try to protect reproductive rights of their own residents and also to make it easier for pregnant people traveling out of red states seeking abortions. Some newer research suggests that overturning Roe v. Wade might actually strengthen support for reproductive rights. This is something to watch in the next year, especially going into the 2022 midterms.

With a powerful 6-3 majority, the conservatives may also consider other rights that are similarly unspoken in the constitution but nonetheless recognized by prior precedent. These include many rights related to marriage, sexual relationships, and the family—including the rights to use contraceptives or of same-sex couples to marry or have intercourse. Conservative justices may also at some point consider the concept of the fetus being a “person” for purposes of the constitution, which would make it difficult even for blue states to have abortion access.

“Roe is actually a pretty popular Supreme Court opinion. Around 60% of Americans—and a majority of independents—believe that it should not be overturned. So the ruling today overturning Roe will have huge political ramifications.”

Q. Is the strong reaction to the decision likely to give the court’s conservative wing pause when it comes to potential future landmark decisions that run counter to public opinion?

Not really. With Amy Coney Barrett having replaced Ruth Bader Ginsburg, the court's conservatives hold a very comfortable 6-3 supermajority. This means they can afford to lose one member and still retain a majority. In addition, many of the strongest stalwarts of this majority coalition—such as Clarence Thomas—have also indicated that they will not be swayed, or “bullied,” by public opinion.

Frankly, if horrific mass shootings—such as the ones in Uvalde, Texas, or Buffalo, New York—did nothing to prevent the court recently from relaxing gun-control restrictions, then it is hard to imagine that a protest in Washington, D.C., or unfavorable public opinion polls would change their minds.

That said, it is an open question whether a credible threat of serious court reform would change the behavior of these justices. Historically we have seen that before—when President Franklin Delano Roosevelt attempted to expand the size of the Court in 1937. This resulted in the famous “switch in time that saved nine,” in which one of the justices changed his vote on a key decision.

It's possible something like that could happen, but it's hard to see that happening at this moment.

Q. Do you think public outcry over this decision will provide a jolt to efforts to reform the Supreme Court through such measures as instituting term limits or expanding the size of the court?

It's possible. In my research with Neil Malhotra, of the Stanford Graduate School of Business, and Steven Jessee, of the University of Texas, that was recently published in the Proceedings of the National Academy of Sciences, we find that people who view themselves as far from the court ideologically are also more likely to support reforms, such as term limits for the justices and expanding the size of the court. So as more people see the court as being out of step with themselves and with the majority of Americans—as they might with Roe being overturned—then calls for reform will become stronger.

For something to actually happen, a lot will depend on how political elites respond. If political elites send mixed signals about the possibility of reform—as has been the case among more moderate Democratic Party leaders in the last two years—then I don't see the issue gaining real traction among mainstream voters.

Q. Do you believe these reforms would be effective in restoring confidence in the court?

Reforms by themselves won't do much to change or not change approval of the court. What will change people's attitudes about the court is its composition and its rulings.

If Supreme Court reform measures, such as term limits on the justices or court expansion, change the composition and rulings of the court to better match what the majority of people want to see, then confidence in the court will increase.

But, right now, this would be the case primarily for Democrats and independents. Confidence in the court among Republicans will probably tick up after this term. It’s a huge victory for them.