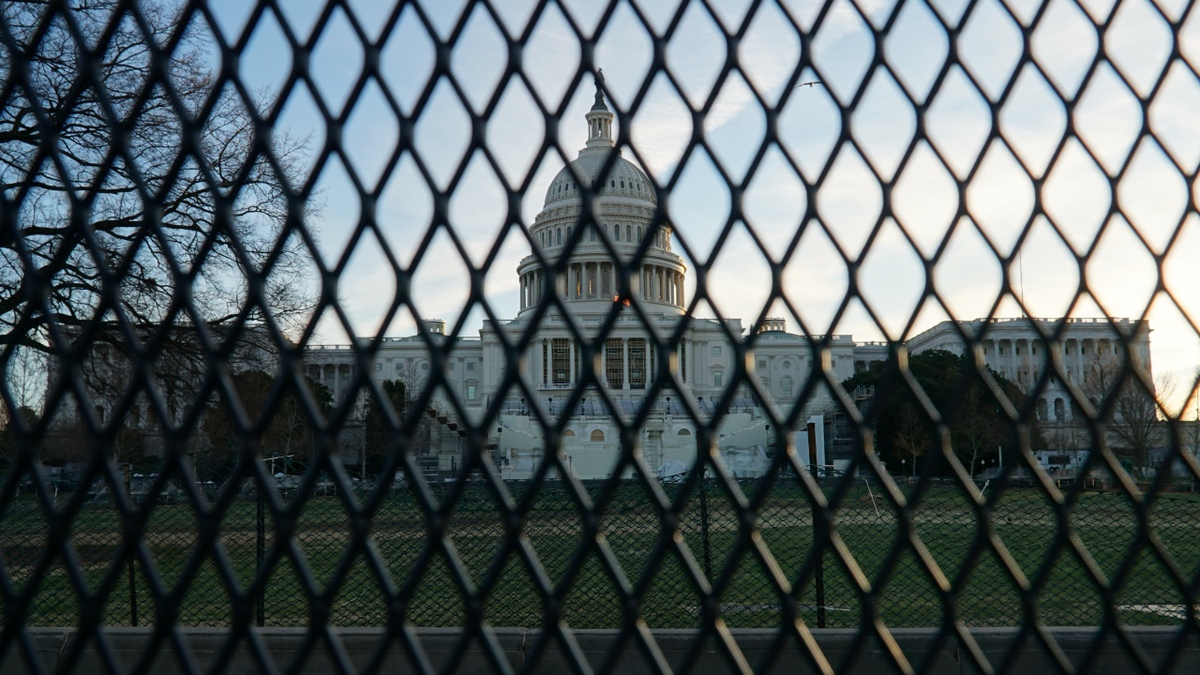 Dan Balz, a senior fellow at Harvard Kennedy School’s Institute of Politics and chief correspondent for the Washington Post opened the new John F. Kennedy Jr. Forum season at the IOP with a question many of us have been asking: What just happened?

Many people anticipated a calmer new year, but what we witnessed in just three weeks was anything but: In rapid succession, the country experienced the January 6 mob attack on the U.S. Capitol, the January 13 vote for a second impeachment of then-President Donald Trump, and the January 20 inauguration of President Joe Biden at a heavily guarded Capitol building.

The conversation kicked off with Bobic, whose video of Capitol police officer Eugene Goodman trying to fend off the mob and eventually leading them away from the Senate went viral. Bobic was at the Capitol to cover Congress’ formal count of Electoral College votes that day and witnessed firsthand the alarming, unprecedented attack. “The symbolism of this rioter carrying a Confederate flag outside the Senate chamber itself was the most visceral thing; it just made me so outraged standing there,” Bobic said. “Not even during the civil war had Confederates flown their flag in the Capitol. That imagery is seared into my brain.”

For those of you who on New Year's Eve said "2021 will much quieter than 2020," you obviously didn't bargain for what happened in January.

Wittes then addressed the events of the second Wednesday—namely the second impeachment of Trump—and whether impeachment of the former president serves any purpose. “What Trump has done is really shown that impeachment, as a mechanism of accountability, doesn’t work in the face of genuine partisan polarization,” Wittes said. “And that’s something I think the founders did not anticipate.”

Cutter, who also produced the virtual Democratic National Convention last summer, then talked about Biden’s inauguration and the ways it reshaped an American tradition. There were new protocols for the COVID-19 pandemic, which had claimed over 400,000 American lives by that time, as well as unprecedented security measures in response to the insurrection at the Capitol. “I felt very strongly that we had to do a COVID memorial the day before the inauguration to get some of that emotion on the table,” Cutter said. “It had never been done before and I can tell you the one thing that I hear from people, with all of those inaugural events, is that they liked that COVID memorial best,” Cutter said. “They could just breathe a sigh of relief that we can now nationally, collectively mourn.