Young voters are highly motivated, flocking to Biden, and worried about the economy | Harvard Kennedy School
Skip to main content 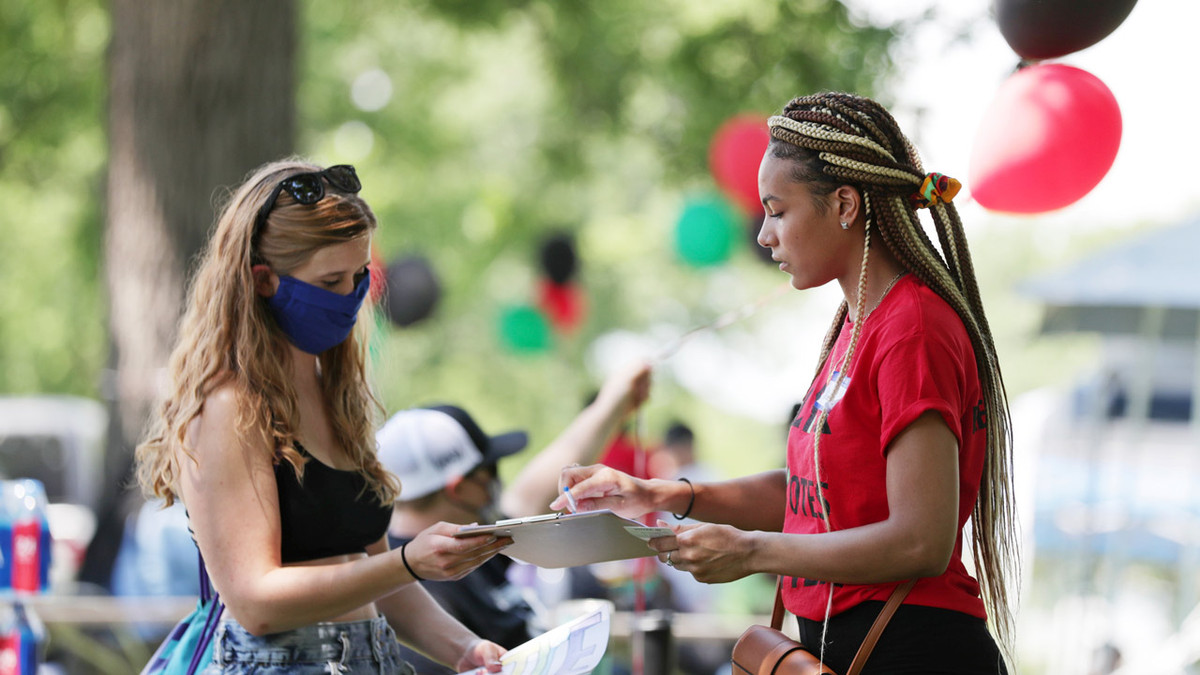 Young voters are highly motivated, flocking to Biden, and worried about the economy

The fall Election 2020 edition of the Harvard Youth Poll shows young voters favor Biden by a more than 2 to 1 margin, and that the post-COVID economy is now their number one issue.

Young voters are extremely motivated to go to the polls, favor Democratic candidate Joe Biden for president over Republican Donald Trump by a significant margin, and are increasingly concerned about their economic prospects, according to a preview of the results of the Fall 2020 Harvard Youth Poll.

The results of the biannual survey, conducted by the Institute of Politics at Harvard Kennedy School, project the highest youth turnout in a dozen years, with 63 percent of respondents saying they will “definitely” be voting in November. During the last election in 2016, that number was just 47 percent.

“More than 15 million young Americans have turned 18 since the last presidential election. The Gen-Z generation is facing a once-in-a-lifetime experience of a global pandemic, economic instability, and racial reckoning,” says Institute of Politics Director Mark Gearan. “Young Americans are seeing firsthand how their government impacts their day-to-day lives, and they are ready to make their voice heard in this election.”

In the race for president, voters aged 18-29 favor Joe Biden over Donald Trump by more than a two-to-one margin—60 percent for Biden versus 27 percent for Trump. Young voters are also unhappy with the current administration’s handling of the economy, with 34 percent saying they trust Trump on the economy while 42 percent say they trust Biden.

Yet nearly a quarter of young voters surveyed (23 percent) said they trusted neither Biden or Trump on the economy, and the survey results suggest sharply increased concern among young voters about economic issues in the COVID-19 pandemic era.

The economy was just the fifth highest issue of concern in the spring 2020 poll, as only 6 percent of young voters listed it as their top issue. In the current poll, however, the state of the economy shot up to rank number one among young voters’ concern, with 23 percent saying it was their most important issue.

"Young Americans today find themselves on the frontlines of the triple crises of COVID. Their education has been disrupted, job prospects falter, and communities are experiencing a racial reckoning causing constant concern about their daily livelihoods and the well-being of their friends and their families,” said Harvard College junior Justin Tseng, chair of the Harvard Public Opinion Project. “Young voters are tuning in and facing our nation’s challenges head first. Don’t be surprised when they turn out at the polls in historic numbers."

Young Trump supporters say they are more enthusiastic about their candidate, with 44 percent saying they are “very enthusiastic” about voting for their choice, versus 30 percent for Biden.

Despite the apparent enthusiasm gap, Biden’s overall support advantage among young voters exceeds Hillary Clinton’s in 2016, his own performance in the Spring 2020 Youth Poll, and even President Obama’s performance in 2008. In that poll, 59 percent of young voters supported Obama, while 30 percent supported Republican John McCain.

The full results of the Fall 2020 Harvard Youth Poll will be released in October.