“Thank goodness for Zoom,” Marty Chen, a lecturer in public policy at Harvard Kennedy School, says cheerfully from an island in Lake Winnipesaukee, New Hampshire. Although the coronavirus pandemic has kept her home, she talks each day with a network of collaborators across the globe. “Today, for instance, I had two two-hour interviews with people in India—both in Hindi. I have been following India, in particular,” Chen explains, “because I grew up there and think of it as home.” The night before, she had an interview with colleagues in Bangkok from 9:30 to midnight. 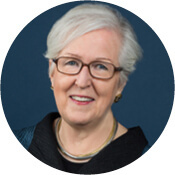 Chen’s life’s work has been to empower workers in the informal economy to secure their livelihoods—as informal workers lack rights, benefits, and social protection. For over 20 years, she has channeled her efforts through the global research-policy-action network Women in Informal Employment: Globalizing and Organizing—an organization known as WIEGO that she co-founded with other activists, researchers, and development practitioners and has led for two decades. At the Kennedy School, Chen teaches the course DEV-375 “The Informal Economy: Is Formalization the Answer?”

Informal workers—from domestic workers to home-based workers to street vendors to waste pickers—are especially vulnerable now as the coronavirus pandemic is forcing many of them to choose between their health and their livelihoods. “The working poor face a devil’s deal,” Chen explains. A common refrain from informal workers around the world has been ‘either we die of hunger or we die of the virus.’” In countries with restrictive lockdowns, the pandemic meant “no work, no income, and no food, in quick succession,” Chen reports. “The crisis became a food crisis almost immediately for informal workers because most live hand-to-mouth off daily earnings.”

The scale of the problem is daunting. Estimates from the International Labour Organization (ILO) indicate that over 60 percent of all workers around the world operate in the informal economy.  When you look solely at developing countries, that percentage rises to 90 percent of workers. “That’s 2 billion people,” Chen says. “And the ILO also estimated that 80 percent of those informal workers are being negatively impacted by the pandemic and the related lockdowns.”

Few informal workers can operate from home. For those who brave restrictions to try to find work, there is little work to be had. Street food vendors lack customers as many people avoid going into public spaces to buy goods; employers of domestic workers are reluctant to have them come into their homes for fear they are carrying the virus. In some countries or cities, street vendors, especially those who sell fresh fruit and vegetables, and waste pickers, have been deemed essential workers. But this forces them into the position of putting themselves at risk of illness, often without protective equipment. And because governments do not always have good ways to track informal workers, they have difficulty providing aid to them.

A street vendor sets up shop on a busy New York City street.

“The working poor face a devil’s deal. A common refrain from informal workers around the world has been ‘either we die of hunger or we die of the virus.’”

To understand how COVID-19 has affected informal workers, WIEGO—whose team works with partner organizations in 90 countries—conducted a rapid assessment this spring through interviews with representatives of informal worker networks and organizations and has just completed the first round of a longitudinal study in 12 cities (four each in Asia and Africa, two in Latin America, New York City, and Pleven, Bulgaria). Chen notes that: “New York City was the city where we needed the most languages [Arabic, Bengali, Cantonese, Mandarin and Spanish] to speak with street vendors and waste pickers.” Chen and her colleagues are currently reviewing the data with their research partners—“to see what’s surprising, what doesn’t make sense,” Chen says—and they hope to have formal findings published in early fall.

Through these efforts, Chen hopes to achieve a “Better New Deal” for informal workers, who, she says, are some of the world’s poorest and are often seen in a negative light: “associated with avoiding taxes and regulations, having low productivity, being a drag on the economy, or dealing in illegal goods and services.”

Chen, who grew up in India and spent the first half of her career in South Asia, has seen the poor treatment of informal workers firsthand. The daughter and granddaughter of Presbyterian missionaries from the United States, she spent her childhood in the Northern Indian state of Uttar Pradesh. After a stint in the United States for college and graduate school—she received a PhD in South Asian Studies from the University of Pennsylvania—Chen returned to South Asia to do development work in Bangladesh and India for close to two decades. She became a member of the Harvard Kennedy School faculty in 1987.

Still, there is reason for hope: The pandemic has not only exacerbated the challenges that informal workers have long faced but has also shone a spotlight on the essential goods and services they provide. Chen points out that, in some countries, governments and organizations of informal workers have collaborated in innovative ways to keep people working during a pandemic. For example, the Municipal Corporation of Ahmedabad, India, partnered with the Self-Employed Women’s Association (SEWA), a trade union of informal workers, in that city to set up a “Vegetables on Wheels” initiative, which delivered fresh produce to people at home during lockdown. In South Africa, thanks in part to the efforts of local WIEGO team members, the government deemed informal food vending an essential service. And in New York City, organizations of street vendors are advocating for having the same right to set up and sell food on sidewalks that restaurants have been given during the pandemic.

Another hopeful outcome, Chen observes, is that COVID-19 has shown clearly that informal workers—those engaged in food service, health care, childcare, transportation, and more—are truly essential. “Thanks to the pandemic, we’re all back to basics: food, health, and childcare” Chen says. “There are inbuilt biases against these workers, but we are hopeful that the spotlight on the essential frontline services and goods they provide will help us—and their organizations—promote a recovery that’s more favorable towards them.”