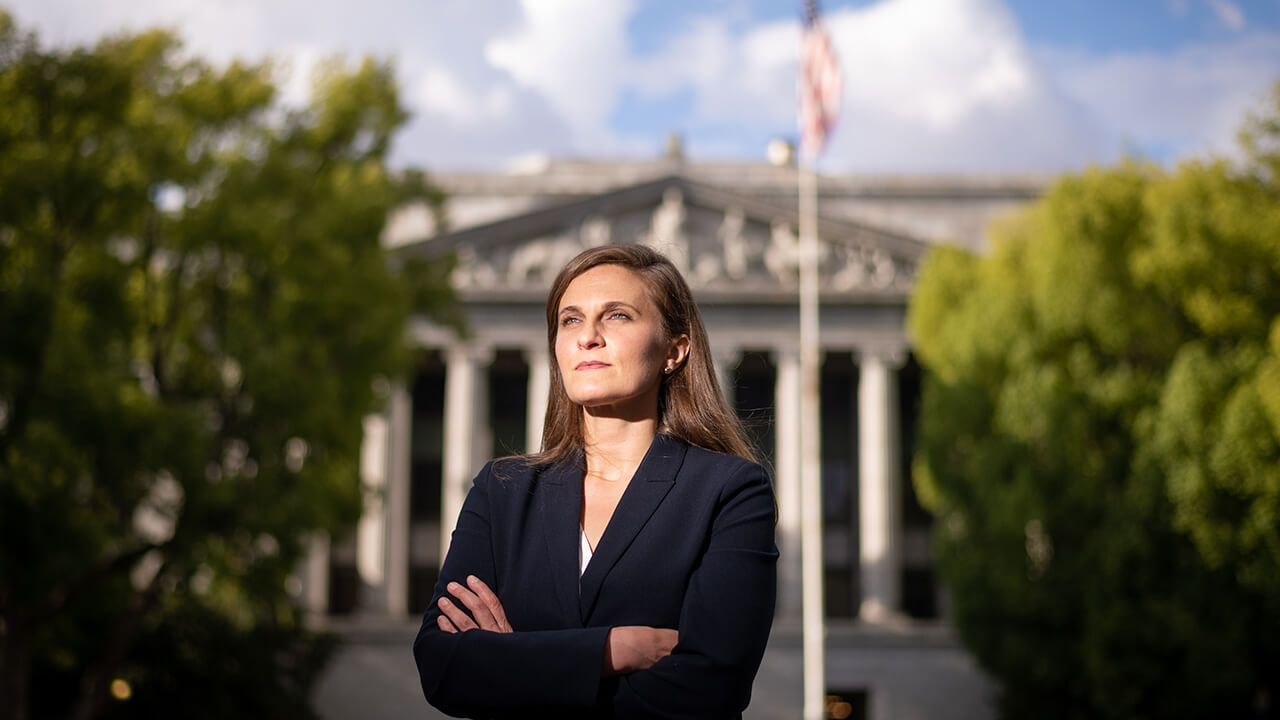 Katie Selenski MPP 2007 is helping struggling Californians save for retirement

As the founding executive director of CalSavers, Selenski creates pathways to economic security

GROWING UP in a sometimes-forgotten part of California, maybe it’s not surprising that Katie Selenski MPP 2007 would one day lead CalSavers, the state-run savings program for private-sector workers without an employer-offered retirement plan.

Selenski now lives and works in Sacramento, the state capital, but much of her childhood was spent in Eureka, a small coastal city a five-hour drive north of San Francisco and the tech billions of Silicon Valley. With the major industries of surrounding Humboldt County—mostly timber and commercial fishing—in steady decline, she grew up believing there was something she could do for the people around her who were struggling.

“I was surrounded by a lot of economic hardship and not a lot of economic opportunity,” she says. “And so to me, being involved in direct community service seemed to be the best available option to make the world better around me.”

CalSavers was created to help those struggling Californians. Statistics showed that nearly half of the state’s workers in California were on a trajectory to retire into economic hardship or poverty—if they could retire at all—and 8 million workers had no payroll mechanism at work to save for the future. But groundbreaking behavioral science research also shows that people are 15 times as likely to save and be on a path to retirement security if they can do it automatically at work, Selenski says. The CalSavers program is relatively simple: A small percentage of a worker’s paycheck from an eligible employer is diverted into an individual retirement account (a Roth IRA) and invested by money managers who work for CalSavers. Workers are automatically enrolled, but they can opt out. All businesses in California with more than five employees are currently required to participate in the program.

Selenski was hired as the program’s founding executive director in 2017 by then-State Treasurer John Chiang, but her beginnings in public service were more modest. As a political science and sociology major at the University of Chicago, she volunteered for community groups and worked in social services, but soon became “very frustrated with the limits” of direct social service work. To indulge a newfound interest in policy, she moved to Washington, D.C., after graduation, where she helped Ralph Nader form Citizen Works, a nonprofit organization that aims to strengthen citizen civic participation. She later ran a nonpartisan youth voter campaign in Nevada, but again found herself frustrated at not being able to effect more fundamental change. 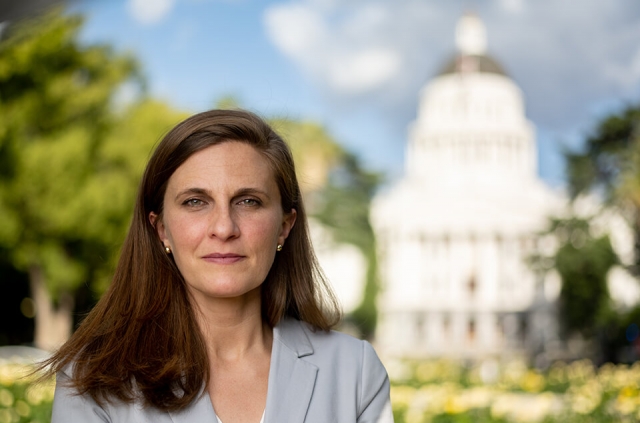 “We’re here to level the playing field. And I think what it came down to is that there is a role for government to play here, there’s a role for public policy.”

“I wanted to get more of a grounding in policy analysis and quantitative analysis after doing all that grassroots work,” she says of her decision to attend the Kennedy School. “I wanted to contribute on the inside, as a player and an influencer within the existing power structures, and the Kennedy School would be the absolute best place to develop those skills, but also to develop the necessary network.”

Selenski says HKS delivered exactly what she was looking for, including “new input, new people, new perspectives, and new methods for viewing the world.” She says she was deeply influenced by several of her professors, especially while studying budgeting with Linda Bilmes, the Daniel Patrick Moynihan Senior Lecturer in Public Policy and a former assistant secretary of commerce under President Bill Clinton. “I remember she would say that budgets are an expression of our values,” Selenski says. “I’m in the position of creating budgets and approving budgets, so to understand the mechanics of all that is incredibly valuable—but also just to have had as a role model someone who had served at the highest levels of federal government and had all those insights to share with us and examples and stories.”

Bilmes says Selenski was a “fantastic student” who has kept in touch and continued her commitment to the HKS community. “She made insightful comments in class, and she’s also been a model alumna, reaching out to new students and graduates to let them know about job opportunities at CalSavers.”

Selenski says she also still makes regular use of the lessons she learned in negotiation from Harvard Law School Lecturer in Public Policy Linda Kaboolian and in quantitative analysis and econometrics from Senior Lecturer in Public Policy Dan Levy. She remembers Levy telling students that, while they might not end up being the ones producing statistical analysis, it was vital for them to be expert consumers of it.

“That’s so true,” says Selenski, who remembers her peers giving Levy a standing ovation at the end of their final class. “I’m in a position now where I do make those decisions all the time—very data-heavy environments where we’re dealing with hundreds of thousands of employers and millions of workers. In order to get to the point where we’re really leveraging behavioral economics the way that this program is intended to, we need to do good data analysis.”

So far, she says, CalSavers is working. The program has enrolled more than 400,000 workers, and only 29 percent of eligible workers have chosen to opt out. The median income of the workers the program is serving is just $25,000 per year, and 49 percent of them self-identify as Latino. After surviving a recent court challenge from a conservative think tank, the program is set to expand over the next two years to millions more workers, and the model is being adopted or considered in several other states, including Oregon and Illinois. Selenski says the program’s success shows that good policy can succeed where markets—in this case the financial services industry—have failed.

“We’re here to level the playing field,” she says. “And I think what it came down to is that there is a role for government to play here, there’s a role for public policy.”

A seat at the table for all Iraqis: Ambassador Matthew Tueller MPP 1984