The leader as servant: Pioneering General Lori Robinson says the best leaders put the needs of their people and their organizations first | Harvard Kennedy School
Skip to main content 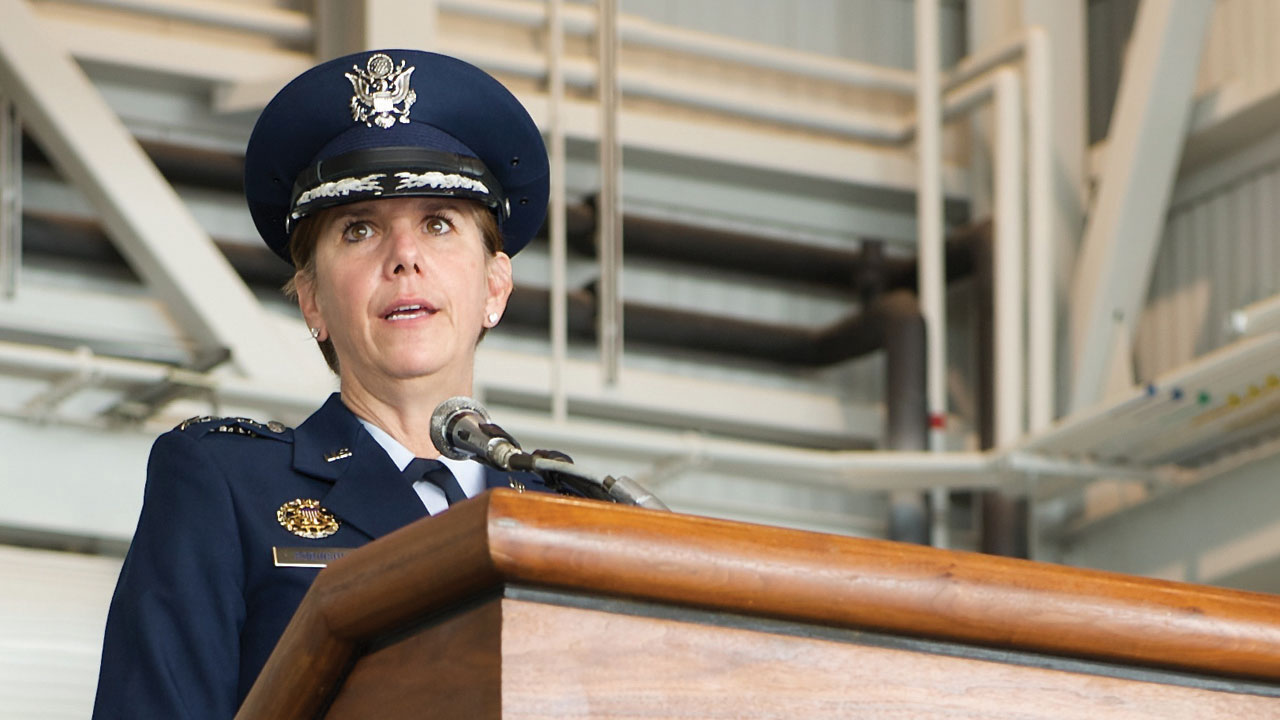 Robinson reflects on the leadership lessons of a 37-year career in the Air Force, and how she learned that when an entire team is focused on the same goal, the organization becomes more efficient and better.

People tend to stereotype women leaders as naturally better listeners than men. But for General Lori Robinson, the first woman in the history of the American armed forces to lead a combatant command, it was a learned skill.

“I had a lot of opinions,” Robinson says of her early days in the Air Force, where her 37-year career spanned from ROTC cadet at the University of New Hampshire to leading the North American Aerospace Defense Command, or NORAD, and the U.S. Northern Command . “But I’ve learned to use my ability to listen, and to make it not about me.”

Robinson is a non-resident Senior Fellow at the Belfer Center for Science and International Affairs. In May, she’ll be at Harvard Kennedy School sharing what she’s learned about leadership, public service, and national and international security issues.

“In 37 years of highly decorated service, she’s demonstrated over and over the power of public leadership to make a better world,” says Belfer Professor of Technology and Global Affairs and Belfer Center Director Ash Carter, who was defense secretary when Robinson received her historic promotion. “All of us at the center are honored to welcome such a distinguished combatant commander  to advance our work on defense and national security issues, and in training the next generation to excel in these arenas.”

“It’s the notion of being part of something bigger than yourself and of making the people around you better,” she said. “In our daily struggles to advance within an organization, we sometimes forget that it’s actually more about the organization and the people that are around us. And to make them better makes the organization better.”

Among her many posts, Robinson served as an instructor at the Air Force Fighter Weapons School and was deployed as the deputy air component commander of U.S. Central Command in Qatar. She credits General John Jumper, one of her mentors and a former member of the Joint Chiefs of Staff, with helping her develop a holistic view on leadership, one that takes into account the personal and professional needs of the people she is leading as well as the needs of the organization.

A big part of that holistic leadership, she says, is understanding that when someone joins the service, it is effectively their entire family that enlists. Military service puts particularly tough demands on families and forces difficult choices—something she knows firsthand.

“My husband and I were married and living in Honolulu, and they were going to send me to Japan and him to Korea,” she says. “That wasn’t going to work. I said I would go with him because my husband is an amazing fighter pilot. His comment was: ‘What are you going to do?’”

Ultimately the couple decided the best course for their family would be if her husband, Major General David Robinson, joined the reserves. She worked her way through a number of high level posts and in 2016 was named commander of NORAD and Northern Command by President Barack Obama.

As a female pioneer, Robinson says she realizes that she was given a lot of opportunities that weren’t available to previous generations of women. She says the military has made major strides in incorporating women into its ranks, but she believes it is more important to talk about the broader context of diversity.

“It isn’t just gender, it’s race, background, experience” she says. “Diversity makes us a better nation. It’s more important to talk about diversity writ large. If we all sit around and we have the same background, then it’s just groupthink. I want voices that don’t sound like mine. I want conditions in a meeting or a forum where you can push back.”

That ability to create an environment that fosters communication, she says, is crucial to leadership in the military, the corporate world, and the public sphere.

“A leader sets the tone,” she says. “If you are someone who gets mad right away, you’re not going to hear what’s really going on out there. Everybody wants to tell the leader the good stuff. But what’s important is the bad stuff and the ugly stuff. That’s what you want to be able to help with so you can provide the environment in which folks can get the job done.”

Authentic leadership in a time of gladiatorial combat

Among the most promising leaders of a rising generation: At Harvard Kennedy School, members of the active duty military and veterans gain and contribute in unique ways