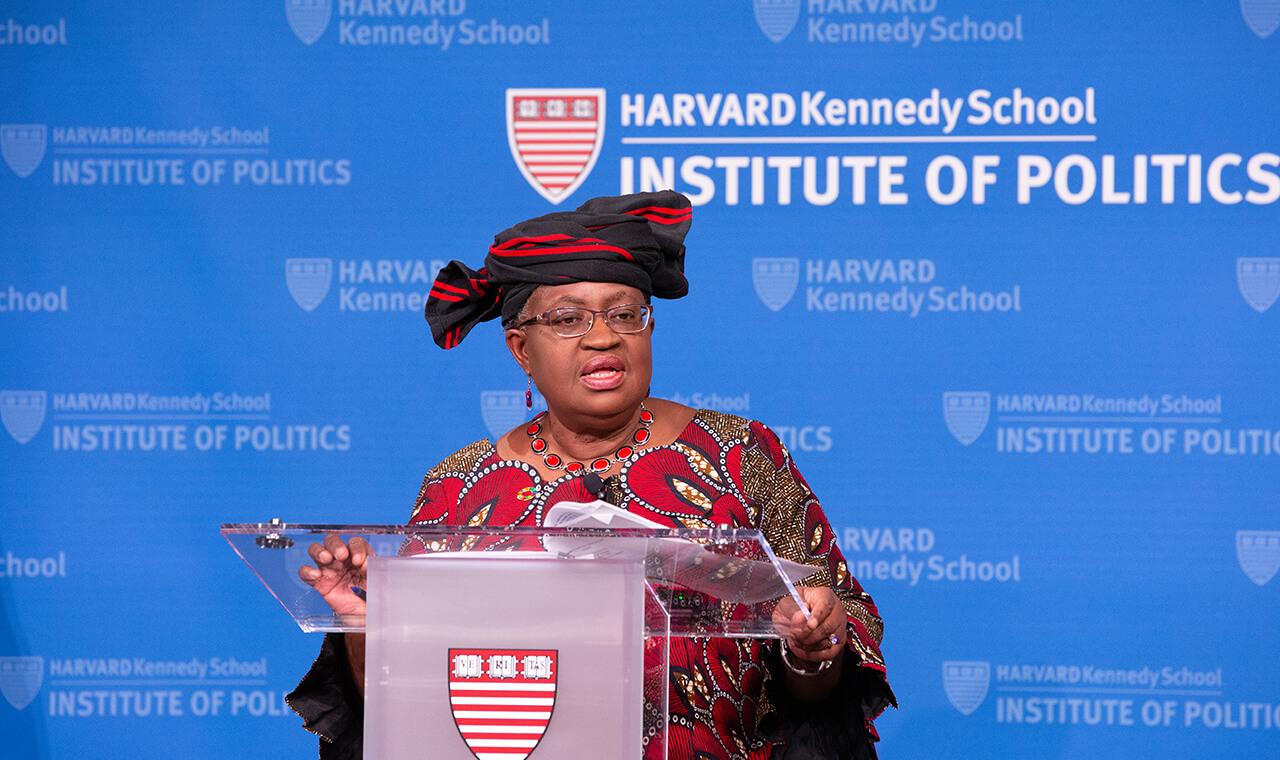 Lose yourself in the service of others

Even in the face of uncertainty, Ngozi Okonjo-Iweala reminds HKS graduates to “be bold, be courageous, be selfless.”

Connecting with one another through a virtual celebration this Thursday, the 605 graduates of the Harvard Kennedy School Class of 2020 could not have had a more striking reminder of the importance of public service.

“When I received the invitation to speak prior to the pandemic, I wanted to speak on public service, reflect on and share my experience, and share why public service matters, even if at times it seems thankless,” said graduation speaker Ngozi Okonjo-Iweala, chair of GAVI, the global vaccine alliance; special advisor to the World Health Organization on the COVID-19 response; and former finance minister of Nigeria. “I wanted to press all of you to carry on and never lose your passion. With social distancing and lock-ins—the brave new words in our vocabulary—I thought the topic even more relevant.”

The Kennedy School graduates and their families and loved ones—representing 85 countries and 42 U.S. states—were literally joining from across the world to hear remarks by Okonjo-Iweala and from Dean Doug Elmendorf. The School, along with the whole of Harvard University, made the decision to switch to online teaching in March, as the severity of the coronavirus pandemic became apparent. Quickly pivoting to remote learning for students (and remote work for faculty, staff, and fellows), the Kennedy School offered more than a thousand class sessions over Zoom, as well as countless office hours, conversations, and events.

Okonjo-Iweala began by asking the audience to join her in a moment of silence to remember those who lost their lives in the pandemic. She also reminded the students, in the words of Winston Churchill, “to never waste a good crisis,” and to reflect on what lessons the pandemic could have for public policy. 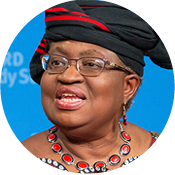 “This global pandemic has exposed the urgency of now by underscoring the world’s interconnectedness in the same way that climate change pushed us to think of this common world that we share, and the imperative of acting now to safeguard the future.”

“First and foremost, this global pandemic has exposed the urgency of now by underscoring the world’s interconnectedness in the same way that climate change pushed us to think of this common world that we share, and the imperative of acting now to safeguard the future!” Okonjo-Iweala said.

“In an era when multilateralism has been under attack and leaders have retreated behind nationalist lines, spurred on by populist sentiments, this virus has humbled us. It has shown that regardless of nationality, gender, race, color, religion, income level, or sexual orientation, we are all susceptible because we are all human. It has shown that, like so many of the world’s problems, no one country can solve this alone.”

The pandemic had “exposed the world’s vulnerability and underscored the reason why the world needs you to serve,” she said. “Did you notice the lack of planning, the lack of anticipation for this unprecedented event?”

The pandemic had also laid bare inequality—both between and within countries. “The pandemic just highlighted the risks for us as humans because as long as one person is vulnerable, as long as a country is a weak link, the entire world is vulnerable,” she said. “These vulnerabilities are a call to arms for you as you graduate.”

Okonjo-Iweala ended her remarks on a note of hope. “A final intertwined lesson that we learn from this crisis is the lesson of leadership and the generosity of the human spirit,” she concluded, echoing Mahatma Gandhi. “Even in these difficult and uncertain times, even as you face the world not quite sure what it has in store for you, be bold, be courageous, be selfless! Go out and lose yourself in the service of others!”

The precarious future of the African century