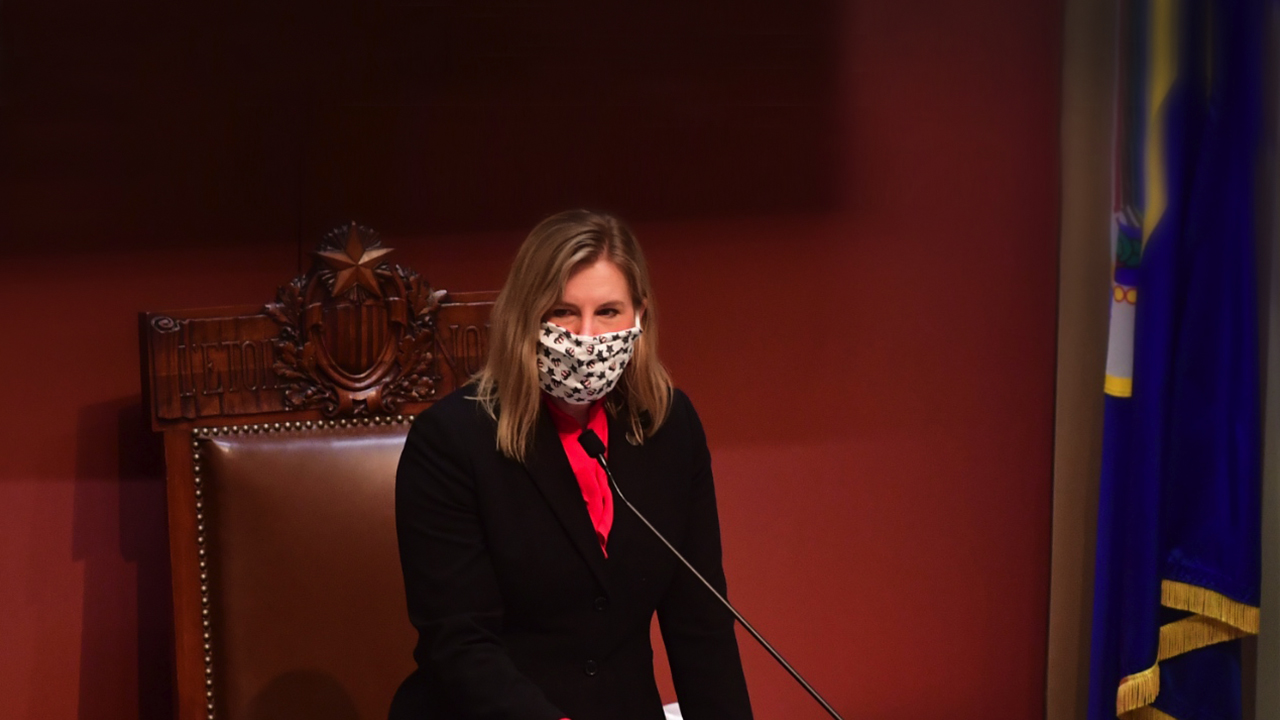 MELISSA HORTMAN MC/MPA 2018 has already had a career’s worth of watershed leadership moments since becoming speaker of the Minnesota House of Representatives just two years ago.

One came on May 25, when a picture of Minneapolis Police officer Derek Chauvin kneeling on George Floyd’s neck landed in her Twitter feed. “My very first reaction was:  That’s murder,’” she says. She immediately realized that a firestorm would be coming soon over the killing of Floyd, who died after Chauvin kneeled on him for nearly nine minutes, ignoring Floyd’s pleas that he couldn’t breathe.

She was right. Floyd’s killing during an arrest for allegedly passing a counterfeit $20 bill thrust Minnesota into the center of a national debate about police brutality and systemic racism. Hortman says she knew quickly that she would need to have a legislative response that went beyond sound bites.

“In politics, often the easiest thing for anyone to do is run to a microphone, sharpen their dagger, and see who has the best press conference,” she says. “But what's excruciatingly difficult in all this high emotion is to get people to the table and to slog through the work that has to happen.”

In late July, Minnesota passed a police reform law, negotiated by Hortman MC/MPA 2018, that limits the use of neck restraints and chokeholds... 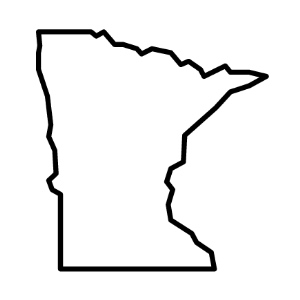 In late July, Minnesota passed a police reform law, negotiated by Hortman, that limits the use of neck restraints and chokeholds, prohibits departments from offering controversial warrior-style training, and creates an independent state unit to investigate when a police officer kills someone or is accused of sexual misconduct. The law also strengthens citizen input and data collection at the state's police licensing and disciplinary board and reforms the arbitration process that governs officer discipline. After signing the bill into law, Governor Tim Walz credited Hortman with keeping lawmakers from her Democratic-Farmer-Labor (DFL) Party and Republicans working at the negotiation table until they reached a significant result.

“Minnesotans can be incredibly proud of someone who puts Minnesota’s interests first and foremost and has the skills necessary to navigate and move pieces of legislation through a process that is meant to be very difficult,” Walz said.

That new challenge came just four months after Hortman’s first big leadership test: tough negotiations between DFL lawmakers and Republicans on a state response to the COVID-19 pandemic. “There was already a burden on all of us to be more than we were, to focus on the things that matter, and to operate in a nonpartisan way in what has become a hyper-partisan environment,” she says.

As both crises have unfolded, Hortman says she has been glad to fall back on her Harvard Kennedy School training. “The leadership piece of the Kennedy School education was definitely what was most valuable for me,” she says.

She credits a class on diplomacy with Berthold Beitz Research Professor in Human Rights and International Affairs John Ruggie, for instance, with providing perspective on how to approach multi-party negotiations on complex issues. “Multi-layer complex negotiations are exactly what we're dealing with in state government, because we don't just have police reform and accountability—we also have to take care of our colleges and universities and pay our state troopers,” she says. “These are times you think about what makes a good leader in a time of crisis. I would say some of the most valuable time that I spent at the Kennedy school was looking at leadership through history.”

A class with Lecturer in Public Policy Richard Parker, “Presidents, Politics, and Economic Growth: From FDR to Donald Trump” (DPI-132), helped her “understand the interrelation between economic forces and policy decisions and really getting into macroeconomic forces and how we as policymakers have influence—or not—on them.” Hortman says her studies with Robert Livingston, lecturer in public policy, also provided important management training.

“Becoming speaker meant changing from being an advocate to being a leader,” she says. “In our role as legislators, we are advocates for particular policies and causes, but in the higher levels of leadership, you become an executive running an organization and directing the entire institution to be effective.”

Hortman’s fellow DFL lawmakers elected her as speaker in November 2018, after she helped engineer an 18-seat election pickup that gave their party control of the House. Working with DFL Governor Walz, Hortman’s new majority came in hoping to expand health care coverage and benefits for workers, increase education spending, and launch new infrastructure projects. But they couldn’t do it without the cooperation of Minnesota Republicans, who still controlled the state Senate by a one-vote margin.

Things got off to a promising start in 2019, with Hortman and Senate Majority Leader Paul Gazelka coming together to pass some challenging measures, including the state’s $48 billion two-year budget. A year later the COVID-19 pandemic hit, Hortman says, and all of a sudden legislative collaboration both inside the House and across state government became a matter of protecting lives.

“We began working to achieve a full majority and minority caucus agreement on all COVID-19-related items. It became really important for me to work with the minority leaders in a way we had not before,” she says.

Hortman took two years to earn her degree, attending the fall semesters of 2016 and 2017 and accepting her degree at Commencement in 2018. She says the Mid-Career MPA Summer Program was both a highlight of her time at HKS and a “pivotal” bonding experience for her and many of her classmates. That bond was renewed during a group trek to Bhutan Hortman took with many of her mid-career classmates in December 2017. She says she still has a strong WhatsApp network of more than 140 classmates in the United States and abroad who regularly stay in touch to swap knowledge and experiences.

“There was a burden on all of us to be more than we were, to focus on the things that matter, and to operate in a nonpartisan way in what has become a hyper-partisan environment.”

“It’s very social, but it’s also about policy,” she says. The group has been invaluable, she says, because “the commonality of experiences is pretty remarkable … we’ve been tracking government responses on the ground in all these different countries. We’re all living it together.”

Hortman’s personal path to the Kennedy School—and to Harvard for that matter—was anything but a straight line. As a junior in the Anoka-Hennepin School District in her hometown of Brooklyn Park, she told her high school guidance counselor she wanted to attend Harvard College. “You won’t get in,” the counselor replied. “Why not?” Hortman asked. The counselor replied that the small district didn’t have the type of coursework and extracurricular offerings that wealthier districts had.

So Hortman went to Boston University as a political science and philosophy major. But attending Harvard was still a dream, she says, so she applied to Harvard Law School. She wasn’t accepted, instead earning her law degree at the University of Minnesota. It would be another 22 years before she finally stepped onto the Harvard campus as a matriculated student, a tribute to the perseverance she says has been an asset in both her educational and political career.

“It took me three tries to get elected too,” she says with a laugh. But it was all worth it, she says.

“This is a moment when the electorate really understands and appreciates the value of good governance, when people are reliant on the government to have an effective response, and the value of government is absolutely clear,” she says. “What I am focused on is trying to sustain that moment.”