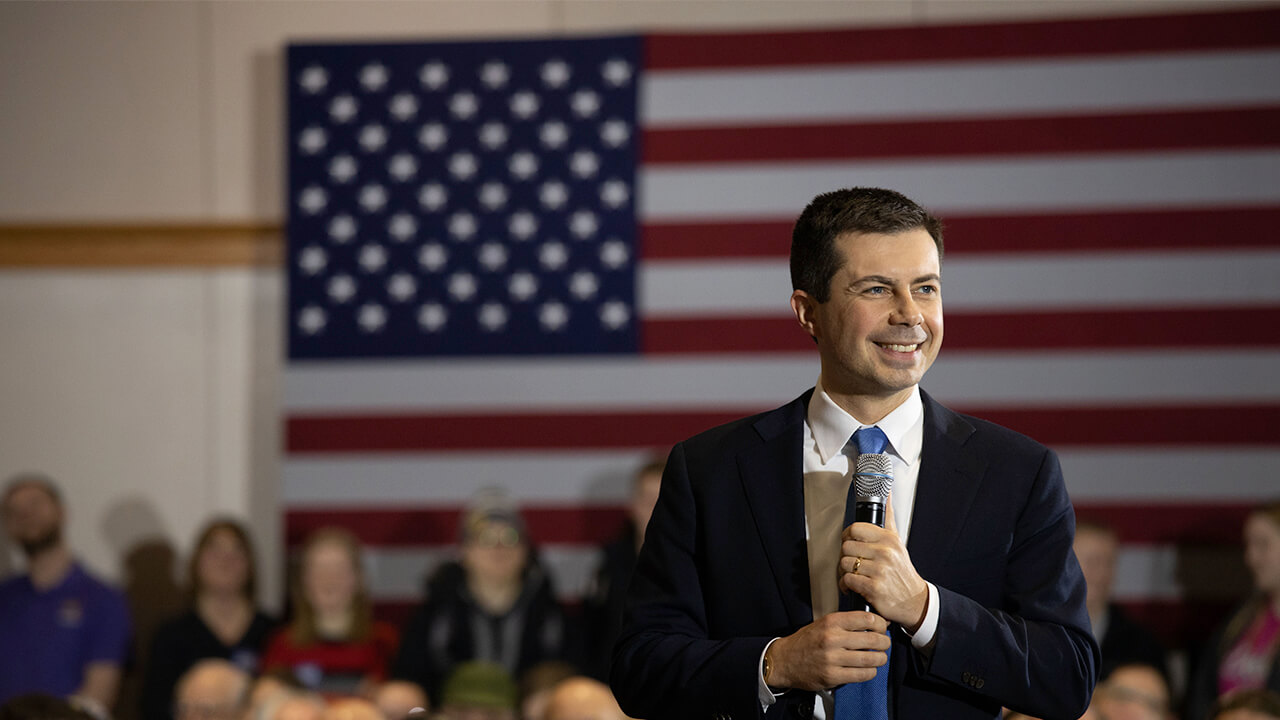 A time to rethink what public service could be

As a class of HKS graduates prepared to emerge into the world and from the shadow of a pandemic, U.S. Transportation Secretary Pete Buttigieg called for an urgent redefinition of the nature of service.

A graduating class whose time at Harvard Kennedy School was defined by the global pandemic heard a call Thursday to reimagine what public service could be.

Addressing 411 graduates from 42 U.S. States and 80 countries gathered for the second year in a row in a virtual celebration, U.S. Transportation Secretary Pete Buttigieg called for an urgent redefinition of both the nature of service and of what is possible.

“Our modern conceptions of service are still rooted in norms from generations ago,” said Buttigieg, a Harvard College graduate and former mayor who shot to national prominence as a candidate in the 2020 U.S. presidential race. “Some of those norms are timeless traditions. But others are long overdue for an update. You are going to have to figure out which is which, before we run out of time.”

Buttigieg also used the occasion to boost the Biden administration’s proposed infrastructure, jobs, and social service plans, dubbing them “the Big Deal” in a nod to the transformative New Deal that helped bring the United States out of the Great Depression and other major domestic legislative pushes.

While the Harvard Kennedy School campus aims to reopen fully starting next academic year, the School community has been scattered by the pandemic since March 2020, switching to remote learning while COVID-19 made in-person classes impossible.

Buttigieg and Dean Doug Elmendorf congratulated the graduates—398 from the School’s master’s programs and 13 doctoral students—on their resilience and reminded them of the broader importance of that resilience to the progress of the individual and society.

“Making society more resilient can create an enormous positive difference in people’s lives, and making a difference in other people’s lives is your enduring commitment, graduates,” Elmendorf said. “Please use the skills and knowledge you have developed during your time at the Kennedy School to help build resilience in our world.”

Buttigieg reminded the graduates of how, “in the midst of that adversity, you went into action. You cared for each other and lifted each other up. You helped classmates arrange new ways of collaborating and studying. You organized against white supremacy, spoke out against anti-Asian hate, worked in support of India and COVID hotspots, and acted to combat climate change. At a time when it would have been easier than ever to turn inward, you built community.” 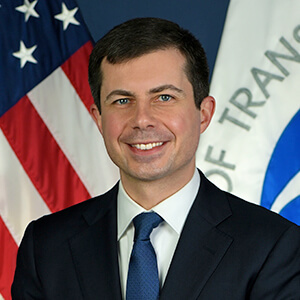 “No matter what path led you here, your careers in service need not look the same as they might have a generation ago.”

The resilience, and the shock of the pandemic, would forever mark the Class of 2021, he continued.

“I’m not here to talk about silver linings—what has happened is not some kind of mixed bag—it is decidedly bad,” Buttigieg said. “But I do think it’s important to mark the fact that the very thing that has disrupted your experience at the Kennedy School, along with so many other effects in your lives and across the world, can be a remarkable source of purpose in the public lives that are ahead of you.”

That public purpose has already changed a broad view of government as a problem, which had been on the ascendant for decades. Despite the shortcomings and injustices that the pandemic revealed, Buttigieg said, the last 15 months also saw a greater appreciation of the value of public service, of the role of government in addressing the greatest challenges, and of the imagination of public problem solvers.

Citing the way the United Kingdom helped backstop the losses of self-employed or furloughed workers, and U.S. and other countries have supported waiving intellectual property protections for COVID-19 vaccines, Buttigieg talked about “a newly invigorated sense of the importance and possibilities of good public policy.”

He included the Biden administration’s American Rescue Plan, passed in March, as well as the proposed American Jobs Plan and American Families Plan, which would pump vast new federal resources into education, health care, and child care, as “the greatest investment in our country and people in generations.”

Urging graduates to be as ambitious as leaders of generations past, Buttigieg called for a new moon shot, saying the new frontiers for their ingenuity were “in the physical spaces we move through every day—in the space between justice and injustice—in the spaces between ideologies and even realities that divide Americans.”

“Graduates, no matter what path led you here, your careers in service need not look the same as they might have a generation ago. What we need most is for you to demonstrate—on terms that are informed by, but never captive of, tradition—that public service is still the way we change the world,” he concluded.

“These otherwise grim beginnings of our decade have demonstrated that the guardrails of the achievable aren’t as fixed as some had thought. So ask yourself: what policy changes once thought impossible should we pursue? Which social norms that once bound us can we lay aside, and which must we preserve? What innovations, social as well as technological, did we once think of as centuries away but now might be prepared to deliver in our time?”