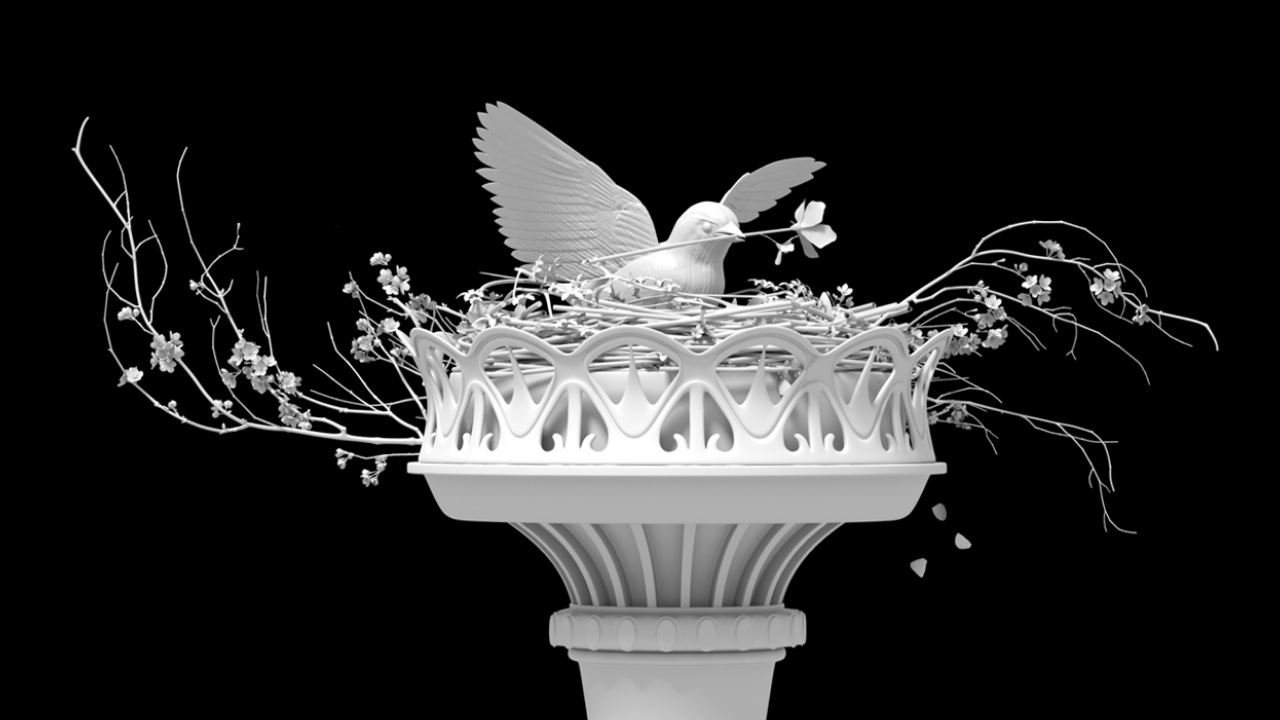 Sheila Jasanoff sees scientists claiming ownership over the meaning of life. But human existence, she argues, belongs to us all.

LAST YEAR, at the Second International Summit on Human Genome Editing, the Chinese researcher He Jiankui presented experimental results on twin girls born successfully—just weeks earlier—from embryos he had genetically modified. One of the girls’ parents was HIV-positive, and He claimed that he had edited the embryos to prevent the virus from infecting them. The backlash was swift and universal as He was condemned for acting irresponsibly and unethically. The consensus was that a line had been crossed.

But what is that line, and who has drawn it? And as the pace of biological and biotechnological discovery accelerates and begins to reshape the very definition of life, who sits at the table to determine the consensus?

These are the questions that Sheila Jasanoff, the Pforzheimer Professor of Science and Technology Studies at Harvard Kennedy School, has spent her career asking. As a scholar of science and its role in society, Jasanoff wants to bring a wider range of voices into conversations that in the late 20th century have been dominated by biologists.

One of Jasanoff’s inspirations comes not from science but from art. Across the river from Harvard Kennedy School, in Boston’s Museum of Fine Arts, hangs one of Paul Gauguin’s most famous paintings. It is a vibrant Tahitian scene. A baby and an old woman bookend the work, with clusters of young people in the middle. In a corner of the canvas, the artist wrote three questions: "Where do we come from? What are we? Where are we going?"

Gauguin painted his work more than a century ago, but Jasanoff argues in her new book, Can Science Make Sense of Life?, that his questions are just as relevant now—if not more so.

TO UNDERSTAND THE CHALLENGES of these questions today, it helps to understand the accelerated history of discovery and invention in the field of biology—especially in terms of genetics and reproductive technology.

In the mid-19th century, biology was the realm of amateurs, explorers, and naturalists—students of what was then called natural history. In England, Charles Darwin and contemporaries such as Alfred Russel Wallace were developing theories of evolution through observation of the natural world. At the same time, Gregor Mendel, an Augustinian monk from Silesia, was cross-breeding pea plants in his monastery’s garden. Although Mendel gained his reputation only posthumously, his experiments led to an understanding of the rules of heredity.

By the mid-20th century, the explorers and naturalists working outdoors had been supplanted by white-coated professionals in the lab. From the groundwork of Darwin, Mendel, and others, there came a flowering of biological discovery—most famously the understanding of the double-helix structure of DNA and the hereditary code contained in all living things. By the 1970s, scientists had discovered how to join DNA from different sources, resulting in so-called recombinant DNA, which had many applications, including the modification of food sources to make them higher yielding or more resistant to pests or drought. Since then, gene editing has opened up yet more possibilities for redesigning nature. Meanwhile, reproductive technology advanced in step, leading to the first “test tube baby,” Louise Brown, born through in vitro fertilization (IVF) in 1978.

The Evolution of a Field

THE RAPID DEVELOPMENTS in the biological sciences over the past 40 years run parallel to Jasanoff’s own career. As breakthroughs in the lab allowed for new manipulations of life, Jasanoff observed the scientists themselves and helped build the field of science, technology, and society (STS)—first at Cornell University, and for the past two decades at HKS, where she directs the Science, Technology, and Society Program.

Jasanoff came to the study of science and society though a series of happy accidents. Born in India, she studied mathematics at Harvard as an undergraduate. Her fascination with languages led her to complete a PhD in historical linguistics at the University. But with few options for an academic career in that specialty, Jasanoff proceeded to Harvard Law School and then—uninterested in corporate law—joined a small environmental law firm in Boston.

When her husband, Jay (now the Diebold Professor of Indo-European Linguistics and Philology at Harvard), joined the faculty at Cornell in the late 1970s, Jasanoff had to come up with a plan B. “At that time environmental law was an extremely new practice,” she reflects. The small city of Ithaca, New York—which revolves around Cornell—offered scant opportunities. Some political scientists, however, were getting involved in a new discipline at the intersection of science, technology, and society. So Jasanoff joined Cornell’s STS program and began to revive it. She has been shaping the field ever since.

For Jasanoff, STS fills an important gap. Although all major research universities teach the sciences, few study the making of science as a cultural practice. “Science and technology are social activities,” she says. “How do you study these activities for themselves?” This question has driven Jasanoff to develop rigorous methods for examining science and technology through a societal lens—and she has focused this lens especially on the environmental and biological sciences.

The Republic of Science

“THE 20TH CENTURY’S GREATEST breakthroughs in the sciences have made it increasingly more acceptable for biologists to claim ownership of the meaning of life,” Jasanoff writes in her new book. “The origins and implications of that growing primacy deserve our attention.”

Approaching her subject with forensic rigor, Jasanoff examines how twists in the narrative of scientific progress over the past century have led to a kind of “mythmaking”: a story of “eureka!” moments of scientific discovery that obscure and simplify the hard collective work that led to them. Along with this mythmaking comes an assertion that scientists work best independently and that they can and should regulate themselves. The chemist Michael Polanyi argued for this scientific autonomy in his 1962 essay “The Republic of Science,” and it is playing out in practice today.

One site of such self-regulation was the Asilomar Conference Center in Pacific Grove, California. As recombinant DNA research accelerated, in tandem with the early development of the biotechnology industry, scientists gathered at Asilomar in 1975 to lay ground rules for experimentation. Instead of examining broader social questions, however, the meeting focused on narrow concerns about contamination and lab safety. “Questions about biosecurity and ethics were explicitly excluded from the agenda,” Jasanoff points out. “Ecological questions, such as long-term effects on biodiversity or non-target species, received barely a nod.” Furthermore, the scientists did not talk about what would happen if work at the lab was used on an industrial scale. While they discussed the possibility of changing the very nature of food itself, she says, they did not consider possible “impacts on farmers, consumers, crop diversity, and food security around the world.”

Despite these shortcomings, Jasanoff argues, the Asilomar conference was broadly perceived as a successful exercise in scientific self-regulation, and policymakers were less pressed to demand strict regulation of biotechnology. In addition, court decisions eased the way for research and commercial development. In 1980, the U.S. Supreme Court permitted a scientist at General Electric, Ananda Chakrabarty, to patent a genetically-modified bacterium that could eat oil—the first time a living organism was allowed to be patented. The permissive regulatory environment of the 1980s was a boon for the new biotech industry. And increasingly, the marketability of industrial products—the oil-consuming bacterium is an early example—became more tightly entwined with “pure” research.

“Where does life, as we care for it, begin? Where does life end? ... Whose opinion counts and whose does not in addressing these fundamental concerns?”

THE CULTURE OF SCIENTIFIC SELF-GOVERNMENT combined with the muddying influence of a booming and lucrative market—with scientists often driven by the financial rewards and pressures of discovery—meant that many perspectives were left unheard, Jasanoff argues. And biologists are less likely than ethicists and lawmakers, for instance, to tackle the broad philosophical questions that genetic engineering and reproductive technologies raise. “Where does life, as we care for it, begin? Where does life end?” Jasanoff asks. “Linked to these morally charged questions are issues of social authority and responsibility. Whose opinion counts and whose does not in addressing these fundamental concerns?” Jasanoff believes that we can have more-thoughtful conversations if—in addition to biologists—legal, ethical, religious, and other voices are invited to discuss these messy, complex questions. In other words, if scientific conversations happen within a broader societal context.

Historical examples of such conversations do exist. Jasanoff points to a British government-appointed committee in the 1980s that provided guidance on research using embryos created through IVF. Notably, the chair was not a biologist but a moral philosopher from Oxford University named Mary Warnock. It was Warnock’s task to consider the status of an embryo produced and kept alive outside a human body: What was this ambiguous new entity? At what stage was it only a ball of cells? At what stage, if any, a human baby? Contemplating these questions could help to establish research guidelines. The committee ultimately came to the consensus—truly a compromise—that embryos could be used for research for only 14 days after fertilization, after which they began developing rudimentary nervous systems.

The Warnock committee is a model for broad, if not democratic, conversations about human life, and Jasanoff has an ambitious plan to make the conversations even broader. Along with J. Benjamin Hurlbut, of Arizona State University—a former postdoctoral fellow at the Kennedy School’s Science, Technology, and Society Program—and others in the STS field, Jasanoff has proposed the creation of a global “observatory” on gene editing that in her view would be open to all people—in contrast to a “summit,” which she views as an elite gathering dominated by scientists and limited to experts.

Such an observatory—which she and Hurlbut argued for in Nature, one of the world’s premier scientific journals—would be an international, interdisciplinary, and collaborative forum for conversations about science and society. It would open up the discourse about gene editing and invite perspectives that have been excluded. After all, Jasanoff says, “everyone around the world sees a piece of this thing called human existence. Everyone has a stake in it.”

The observatory is one metaphor Jasanoff uses to think about sharing knowledge. Another is the book and the library. In her own book, she writes: “Representing the human genome as the book of life, written in the plain four-letter code of DNA, implicitly claims for biologists a priestly role: as the sole authorized readers of that book, those most qualified to interpret its mysteries and draw out its lessons for the human future. But the genetic book of life sits in practice alongside numerous other volumes whose authors have also been occupied, for much longer stretches of time and across more diverse cultural spaces, in asking questions about the meaning and purposes of life in general and human life in particular.”

Jasanoff’s hope is that we will access these diverse volumes in the abundant library humanity offers. And that we will take into account many perspectives about life’s meaning and purpose—the perspectives of scientists and of non-scientists—to best serve people in a complex world with competing values and interests.

“People are constantly trying to ask me, ‘Are you pessimistic or optimistic about science?’” Jasanoff reflects. “But I say that that’s not the right question. The right question is, ‘How should we steer this enormously significant capability for the public good?’”