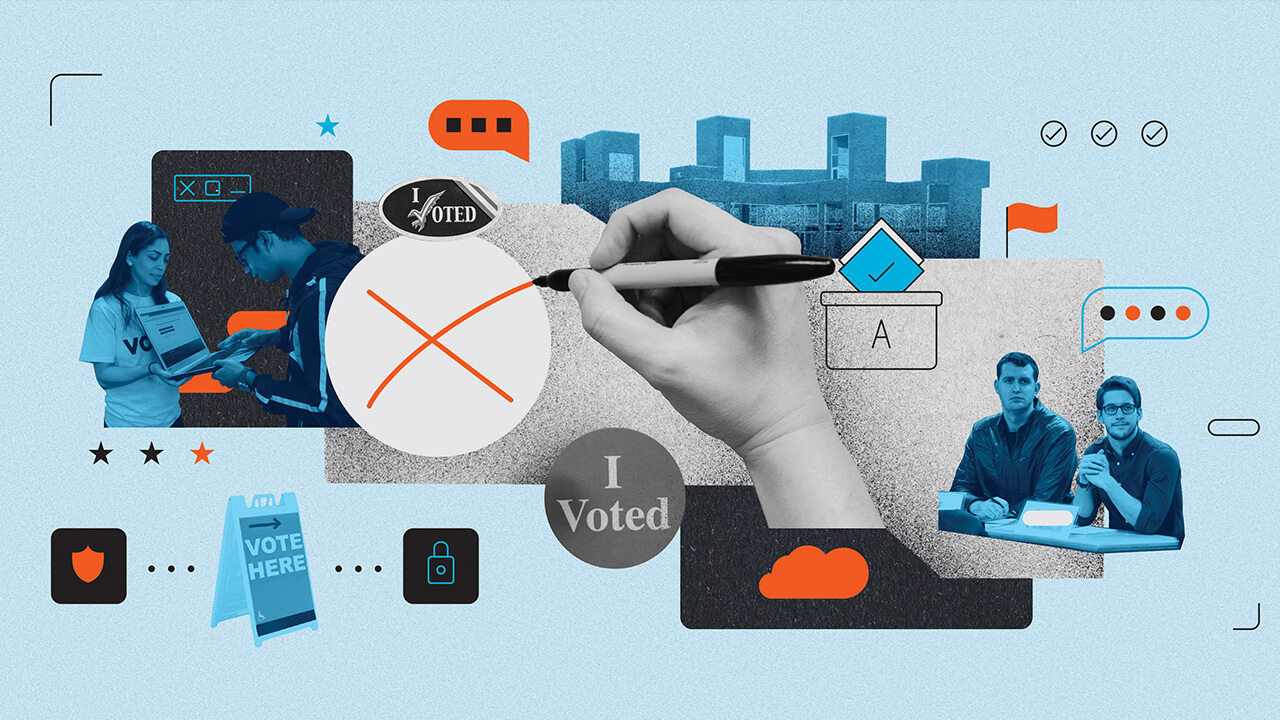 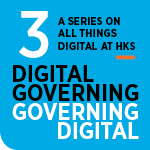 AMONG THE MOST IMPORTANT ELEMENTS of digital governance is protecting democratic institutions. The Kennedy School is already playing a vital role in understanding how to secure the physical infrastructure of elections and analyzing the new relationship between citizen and state that digital technology creates.

The Kennedy School’s Belfer Center for Science and International Affair’s Defending Digital Democracy (D3P) project works with election officials across the country to prevent the hacking of vote counts or other electoral digital mischief. Founded by Eric Rosenbach, Belfer Center co-director and lecturer in public policy, the bipartisan project (which includes fellows Robby Mook and Matt Rhoades—former Hillary Clinton and Mitt Romney campaign managers) published The Cybersecurity Campaign Playbook as a practical tool for campaign staffers to help them reduce their vulnerability to cyberattacks.

Students play key roles in the project, and in spring 2018, they worked with more than 150 officials from 42 states to offer tips, tools, and training and carry out role-playing exercises designed to fortify state election systems against cyberattacks and information operations.

Rosenbach credits students with pushing for more opportunities to get a grounding in technology skills to better position them for careers in digital policy. He says that one-third of the 90 students in his “Cyber and Info Ops” course are heading for digital policy-oriented jobs within the government or private sector. One example: Silicon Valley serial entrepreneur Nand Mulchandani MC/MPA 2019 enrolled in HKS to shift course into public service; he’s now headed to the Pentagon as chief artificial intelligence policy director.

While election security is one issue the School is tackling at the intersection of technology and democracy, other scholars are working on very different issues at that intersection. Archon Fung, the Winthrop Laflin McCormack Professor of Citizenship and Self-Government, is examining ways in which digital technology affects citizens’ engagement with government. His Transparency Policy Project has focused on how public disclosure can reduce health risks, discourage corruption, or increase participatory governance. That transparency can be supercharged by digital data and the web, Fung has pointed out. Participedia.net, a wiki-project Fung co-founded, creates a community of shared knowledge and experience about participatory political processes around the world.

Archon Fung has addressed the strain now imposed on deliberative democracy and how technology and social media could be recalibrated to create a protected space for civil debate and public engagement.

On the flip side, Fung has also addressed the very real challenges to democracy posed, counterintuitively, by an overabundance of (often vitriolic) citizen sentiment. In research (including a paper he co-authored with, among others, Jane Mansbridge, the Adams Professor of Political Leadership and Democratic Values), Fung has addressed the strain now imposed on deliberative democracy and how technology and social media could be recalibrated to create a protected space for civil debate and public engagement.

The Kennedy School’s Ash Center for Democratic Governance and Innovation, where Fung heads up democracy programs, also hosts a half-dozen Technology and Democracy Fellows each year—technologists from the public, nonprofit, and private sectors who explore technology’s potential for improving democratic governance.

Government as a Platform