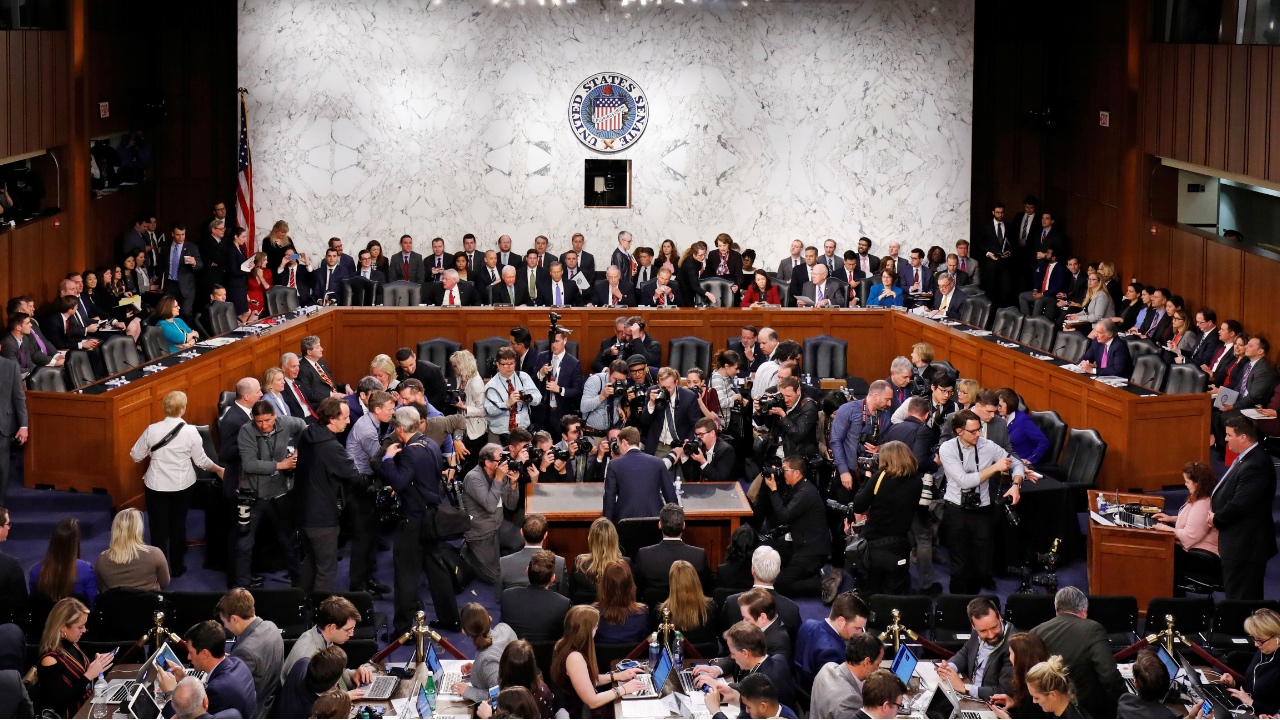 How Congress can close its growing tech gap

As the U.S. Congress has struggled to stay current with lightning-paced science and technology changes, cities and states have enacted a patchwork of rules and laws in recent months on issues such as data breaches, cryptocurrency and facial recognition. This growing fragmentation of the tech policy landscape injects new urgency for Congress to rebuild its expertise so it can craft timely tech legislation.

Harvard policy researchers are now doing something practical to help. On Thursday, experts at Harvard Kennedy School’s Belfer Center for Science and International Affairs published a detailed diagnosis of this Congressional expertise shortfall. Drawing on more than 140 interviews with current and former members of Congress, their staff, lobbyists, civil society groups, and think tank experts, the researchers have proposed options to close the capacity gap, such as recruiting science students for “semester abroad”-style service on congressional committees.

The researchers’ report is timely as recognition grows that Congress has allowed its science and tech capacity to atrophy even as the challenges have become more complex. One of the recommendations is to create a new nonpartisan science and technology analysis body in Congress: a proposal to that effect is being considered by a congressional committee and faces a vote as soon as the end of September.

The report, “Building a 21st Century Congress: Improving Congressional Science and Technology Expertise” was drafted by a team of researchers in the Technology and Public Purpose (TAPP) Project, led by Belfer Center Director Ash Carter, the Belfer Professor of Technology and Global Affairs. Carter began his policy career in the 1980s as a young physicist on Capitol Hill working on nuclear issues, and as U.S. Defense Secretary he dealt often with Congress—seeing first-hand the worsening deficit in science and technology (S&T) expertise.

At a TAPP congressional workshop at the Kennedy School in August, Carter told visiting Hill staffers that Congress in the past had proved able to forge bipartisan advances to meet policy challenges, for example by launching NASA to wage the space race. But the expertise gap has grown even as the tech challenges have surged, he said. Now Congress has a chance to invest in changes that will let science and technology policy shapers look back 20 or 30 years from now and say, “we climbed on top of this.”

“Our government is going to be wrestling with technology change in public life for a very long time,” Carter said, “And it would be nice to have a toolkit.”

The TAPP team has already begun to craft some of those tools to fill gaps identified in the interviews. This summer, working with researchers at the Paulson School of Engineering and Applied Sciences, the TAPP project published four fact sheets to provide brief overviews of emerging technologies and relevant policy considerations that Congressional committees are studying—genome editing, solar geoengineering, the internet of things, and machine learning.

Laura Manley, the TAPP project director, said the fact sheets are careful to avoid policy prescriptions. Rather, they provide concise explanations for lay readers of arcane tech worlds, and then summarize the policy options that might be pursued. She said experts from many institutions are contributing to these fact sheets, with six more to be published this fall.

“We just kept hearing that Congress is the most advised body in the world, but unfortunately a lot of the resources they were getting weren’t incredibly useful, either because there was bias or they weren’t timely or they weren’t specific enough on the actual policy questions that you might ask,” Manley said.

Manley pointed to heightened urgency for action, as foreign governments step into the vacuum left by U.S. inaction on tech policy. The European Union is setting standards on data privacy, and China is also stepping in on policy issues where the United States once led. At the same time, cities including Cambridge and Somerville in Massachusetts, are banning facial recognition software in the absence of federal standards.

The report assesses the institutional shortfalls members of Congress and their staff face in weighing policy choices and asks why “in legislation and high-profile hearings, Congress has appeared unprepared to reckon with emerging technologies and their effects on society.”

The report finds that Congress “has simply not given itself the resources needed to efficiently and effectively absorb new information—particularly on complex S&T issues. Legislative support agencies and committees have been allowed to wither, reducing policy expertise on S&T issues and institutional knowledge about policymaking and how to be effective in Congress.”

The report’s suggested institutional changes include:

The study concludes with a warning that “Congress is falling behind,” and that confronting issues such as artificial intelligence and synthetic biology will require the bolstering of in-house science and tech expertise. The report recognizes that critics will oppose changes and will argue that existing resources are adequate.  “And yet: few argue that Congress is doing a good job on S&T issues. What exists now is not working; something new is needed.”