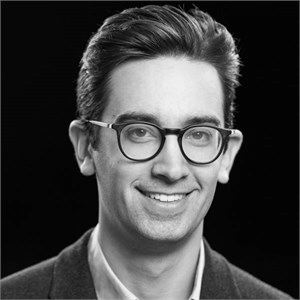 Adam Tanaka is an urban planner and educator. His research, teaching and professional practice focus on the challenges and opportunities of public-private real estate development, with a particular emphasis on affordable housing in U.S. cities.

Prior to joining HR&A, Adam received his Ph.D. in urban planning from Harvard University, where his research focused on the history of large-scale, middle-income housing in New York City. Adam’s doctoral work was supported by the Joint Center for Housing Studies, the Radcliffe Institute for Advanced Study and the Harvard Horizons scholarship program. While at Harvard, Adam served as a teaching fellow for courses ranging from planning theory to real estate finance and helped launch an urban innovation summer program in partnership with the City of Paris. In 2014, he received a Certificate of Distinction in Teaching for his work on the undergraduate course “Designing the American City.”

Over the course of his doctoral studies, Adam also worked for the New York City Department of City Planning and the New York City Housing Development Corporation, analyzing the City’s Transferable Development Rights programs and contributing to the underwriting of affordable housing preservation deals. He also served as a student organizer of the Boston Affordable Housing Development Competition, an annual program pairing graduate students with non-profit housing developers in the Boston area.

Adam’s writing, filmmaking, and civic art projects have been published by the Boston Globe, CityLab, Crain’s New York, the Journal of Urban History, Slate and the Van Alen Institute, among others. Originally from London, England, Adam is a Fellow of the Urban Design Forum and currently serves on the Program Committee for Open House New York, a non-profit organization that promotes public access to off-limits urban spaces.