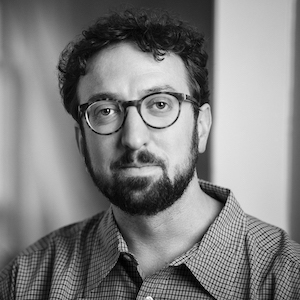 Alex Green teaches op-ed writing and writing for politics and policy, and is an Adjunct Lecturer in Public Policy. His writing has appeared in numerous publications including The Boston Globe, The Atlantic, and (with his students) The New York Times. He was awarded the 2021-22 Manuel C. Carballo Award for Excellence in Teaching at the Kennedy School.

Green is a widely recognized advocate, writer, and scholar on the history of disability institutions in America. In 2017, he led the creation of a nationally recognized project-based, community-focused disability history curriculum for high school students at Gann Academy. Green is also the author of landmark legislation to create a first-of-its-kind disability-led human rights commission to investigate the history of state institutions for disabled people in Massachusetts. He is a Visiting Fellow at the Harvard Law School Project on Disability.

For more than a decade, Green has worked with the Harvard Negotiation Project, based at the Program on Negotiation at Harvard Law School, where he is currently a Senior Fellow. His research in support of the Great Negotiator project has focused on how negotiators successfully resolve global conflicts. In conjunction with that work, he is the senior research associate for the American Secretaries of State Project at the Kennedy School. He is the author of numerous case studies, working papers, and curricular materials relating to negotiation and conflict resolution.

Green holds a masters degree in public administration from the Harvard Kennedy School (’14), and a bachelor of arts degree in Anthropology from Brandeis University. From 2005-2015, he was the founder and owner of Back Pages Books, an independent bookstore outside of Boston. He lives outside of Boston with his wife, Kaytie, who directs a youth services non-profit.