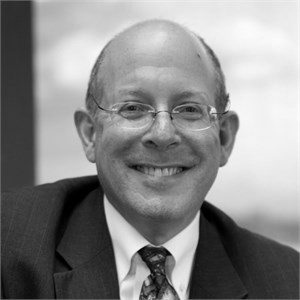 Andy Burness is founder and president of Burness, a mission-driven global communications firm supporting nonprofits and the people they serve. The company has partnered with more than 500 nonprofit and governmental organizations over its 30 years. Andy and his colleagues showcase solutions to the problems that cause poverty, hunger, disease and environmental degradation, often taking little-known ideas that can benefit humanity and developing strategies and tactics for taking these ideas to scale.

His company has been named five times by Washington-area media as one of the best places to work in the region.

Andy is an Adjunct Lecturer in Public Policy at Harvard University’s Kennedy School of Government, teaching “Strategic Communications for Policy Change” in the Fall 2017 semester.  He is an Associate at the Johns Hopkins Bloomberg School of Public Health, in the Department of Population, Family and Reproductive Health.

Andy is co-editor of the book Roses for the Soul: Celebrating the Life and Achievements of Dr Samuel DuBois Cook.

In 2014, he was selected as a Rockefeller Foundation Bellagio Center Resident Fellow, joining 15 other policymakers, nonprofit leaders, artists and public advocates from around the world.

Andy’s international work has taken him to more than 20 countries on four continents, where he provides training and counsel on agricultural research, vaccine development, and public health interventions to control diseases of the developing world. He speaks Spanish fluently, having lectured and conducted media outreach in multiple Latin American countries.

Before starting his firm, he was liaison with the public and primary spokesperson for the Robert Wood Johnson Foundation, the largest health philanthropy in the United States. Prior to that, he served as public information officer for the President’s Commission on Medical Ethics. He was also a legislative assistant for health and education policy in the U.S. House of Representatives.

He holds a Bachelor of Arts degree from Duke University, and a Master’s degree in Business Administration from the University of Maryland. Father of two 20-something children (Alex and Molly), he lives near Washington, D.C., with his wife Hope.