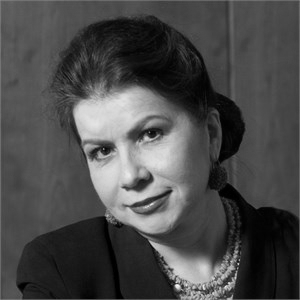 Carmen M. Reinhart is the Minos A. Zombanakis Professor of the International Financial System at Harvard Kennedy School. She was Senior Policy Advisor and Deputy Director at the International Monetary Fund and Chief Economist the investment bank Bear Stearns in the 1980s.  She serves in the Advisory Panel of the Federal Reserve Bank of New York, and was a member of the Congressional Budget Office Panel of Economic Advisors.   Her work has helped to inform the understanding of financial crises in both advanced economies and emerging markets. Her best-selling book (with Kenneth S. Rogoff)  entitled This Time is Different: Eight Centuries of Financial Folly  documents the striking similarities of the recurring booms and busts that have characterized financial history. It has been translated to over 20 languages and won the Paul A. Samuelson Award.

Based on publications and scholarly citations, Reinhart is ranked among the top economists worldwide according to Research Papers in Economics (RePec). She has been listed among Bloomberg Markets Most Influential 50 in Finance, Foreign Policy’s Top 100 Global Thinkers, and Thompson Reuters' The World's Most Influential Scientific Minds.  In 2018 she was awarded the King Juan Carlos Prize in Economics and NABE’s Adam Smith Award, among others.