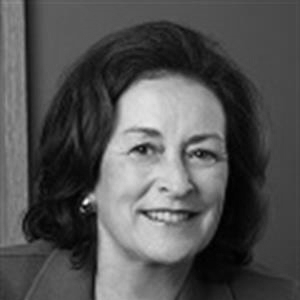 Cristine Russell is an Adjunct Lecturer in Public Policy and Senior Fellow in the Environment and Natural Resources Program, Belfer Center for Science and International Affairs.  She is an award-winning freelance journalist who has covered science, environment, public health and STEM issuesfor more than three decades.  Russell, a former national science reporter for The Washington Post, has also written for news media outlets such as Scientific American, Columbia Journalism Review and The Atlantic.

Russell co-chaired the Organizing Committee of the World Conference of Science Journalists 2017 in San Francisco and has organized sessions for previous conferences in Korea, Finland, Qatar, and the UK. She is immediate past-president of the Council for the Advancement of Science Writing and a former president of the National Association of Science Writers. Russell is an Advisory Board member and former Fellow at HKS’ Shorenstein Center on Media, Politics & Public Policy. She has served on the boards of the Reporters Committee for Freedom of the Press; USC Annenberg School for Communication & Journalism; and the Commonwealth Fund. Russell is a Fellow of the American Association for the Advancement of Science; an honorary member of Sigma Xi, the Scientific Research Society; and a Mills College graduate with a degree in biology.

Controversies in Climate, Energy, and the Media: Improving Public Communication