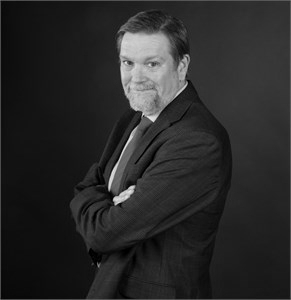 David T. Ellwood is Harvard University Distinguished Service Professor and Isabelle and Scott Black Professor of Political Economy.  He served as Dean of the John F. Kennedy School of Government from July 1, 2004 to June 30, 2015. He joined the School as an assistant professor and served in many roles including Academic Dean and Director of the Malcolm Wiener Center for Social Policy.

From 1993 to 1995, Ellwood served as Assistant Secretary for Planning and Evaluation at the U.S. Department of Health and Human Services (HHS) where he served as co-chair of President Clinton's Working Group on Welfare Reform, Family Support and Independence. At HHS, Ellwood played a key role in the Administration's development and implementation of critical social policy.

Recognized as one of the nation's leading scholars on poverty and welfare, Ellwood's work has been credited with significantly influencing public policy in the United States and abroad. He is a labor economist who also specializes in economic mobility, social policy, low pay and unemployment, and family change.  From 2016-2018, he chaired the US Partnership on Mobility from Poverty, created by the Bill & Melinda Gates Foundation, consisting of 24 leading voices representing academia, practice, the faith community, philanthropy, and the private sector, whose mission was to consider what it would take to dramatically increase mobility from poverty.  The resulting work is widely used by foundations, governments, and scholars.

Ellwood is the author of numerous books and articles, including Welfare Realities: From Rhetoric to Reform, co-authored with Mary Jo Bane. His book, Poor Support: Poverty in the American Family, was selected by the New York Times Book Review as one of the notable books of 1988 and by the Policy Studies Organization as the outstanding book of the year.

Ellwood was the recipient of the David N. Kershaw Award, given by the Association of Public Policy Analysis and Management to outstanding individuals under the age of 40 who have made a distinguished contribution to the field of public policy. He also received the Morris and Edna Zale Award for Outstanding Distinction in Scholarship and Public Service from Stanford University.  And he is a recipient of the prestigeous Daniel Patrick Moynihan Prize form the American Academy of Political and Social Science.

A native of Minnesota, Ellwood graduated from Harvard in 1975 and earned a Ph.D. in economics from the University in 1981.

Ellwood has been married for more than 40 years to his wife Marilyn. They spend as much time as they can in Maine, love hiking, sea kayaking, and most outdoor activities. They have two daughters, Malinda and Andrea, and two grandchildren, Madeleine and Ethan.