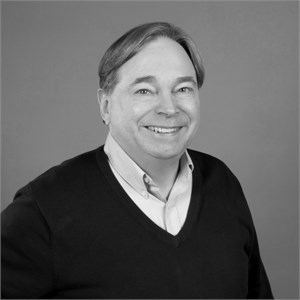 Douglas A. Johnson is a Lecturer in Public Policy and the former Director of the Carr Center for Human Rights Policy at the Harvard Kennedy School. He has been a committed advocate of human rights since the 1970s, when he chaired the Infant Formula Action Coalition also known as INFACT. It launched a boycott against the world’s largest food corporation, Nestle, to force it to change its marketing practices. He also co-founded the International Nestle Boycott Committee, which had a collective membership of 40 million members and grew to include 120 major national organizations. Johnson has served as a consultant on strategic planning to human rights organizations in Latin America, as a consultant to UNICEF and the World Health Organization on an international marketing code for breast milk substitutes.

In 1988 Johnson was hired by the Minnesota-based Center for the Victims of Torture.  By the time he stepped down as its Executive Director in 2012, the Center had become the preeminent treatment facility in the U.S., supporting 33 rehabilitation centers in the U.S. and 17 centers abroad with technical assistance and funding.  During his tenure, the Center provided services to more than 23,000 torture survivors.  Johnson led several efforts to mobilize U.S. public policy including the Torture Victims Relief Act of 1998, which created an annual funding stream of $25 million to support the rehabilitation of torture survivors around the globe.

Another of Johnson’s major initiatives was the New Tactics in Human Rights Project to broaden tactical knowledge and improve strategic thinking amongst human rights NGOs.  Johnson proposed and developed a global symposium on tactical innovations in human rights, which was held in Ankara, Turkey in 2004 in collaboration with Helsinki Citizens Assembly. It drew over 600 delegates from 89 countries and featured workshops on nearly 100 tactics. The NGO that emerged from the symposium – New Tactics -- continues to be a source of innovation and inspiration to human rights defenders around the world.

Johnson received a Masters in Public and Private Management from the Yale School of Organization and his undergraduate degree in philosophy is from Macalester College.

Strategizing for Human Rights: Moving from Ideals to Practice

Outside Professional Activities For Douglas A. Johnson