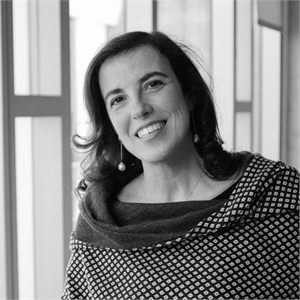 Eliana La Ferrara is a Professor of Public Policy at Harvard Kennedy School. She is 2nd Vice-President of the Econometric Society and Program Director of Development Economics for the Center for Economic Policy Research (CEPR). She is also a J-PAL Affiliate, a Foreign Honorary Member of the American Economic Association, and an International Honorary Member of the American Academy of Arts and Sciences.

Her research focuses on Development Economics and Political Economics, particularly on the role of social factors in economic development. Methodologically, she combines fieldwork, rigorous empirical analysis, and microeconomic theory to address questions at the intersection of economics and other social sciences. She has studied ethnic diversity, kin structure and social norms, and the effects of television on social outcomes. She has also investigated political constraints to development, with particular focus on violent conflict in Africa. She regularly collaborates with governments and international organizations to evaluate the effectiveness of development policies.

Her work has been published in leading economic journals, including the American Economic Review, Econometrica, and the Quarterly Journal of Economics, among others.

Eliana received a PhD in Economics from Harvard University in 1999. Prior to joining Harvard, she was the Invernizzi Chair in Development Economics at Bocconi University, Milan, where she founded and directed the Laboratory for Effective Anti-poverty Policies (LEAP). She was president of the Bureau for Research and Economic Analysis of Development (BREAD) in 2016-2019 and of the European Economic Association in 2018. She is the recipient of the 2020 Birgit Grodal Award.