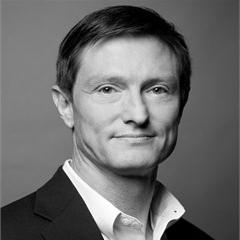 Eric Henson is a citizen of the Chickasaw Nation and has been a research fellow/affiliate with the Harvard Project on American Indian Economic Development ("Harvard Project") since 1998.  Mr. Henson teaches the Native Americans in the Twenty-First Century course (KSG DEV-502, GSE A102, FAS EMR-121, GSD SES-5427).  In his role at the Harvard Project, Mr. Henson has continuously served as an evaluator for "Honoring Nations," an awards program that identifies, evaluates, and honors best practices in tribal governance all across the United States.  He is also an Executive Vice President with the economics consulting firm Compass Lexecon.  Mr. Henson holds a Master’s Degree in Public Policy from the John F. Kennedy School of Government at Harvard University, an MA in Economics from Southern Methodist University, and a BBA in business economics from the University of Texas at San Antonio.  At Harvard, Mr. Henson’s Master’s thesis project examined the importance of a uniform commercial code for economic development on the Crow Reservation, and he attended Harvard as the Kennedy School’s Christian Johnson Native American Fellow.  Mr. Henson is a primary author of The State of the Native Nations: Conditions under US Policies of Self-Determination, which was published by Oxford University Press.  He has provided testimony to the US Congress on several occasions on issues relating to tribal governance and economic development.