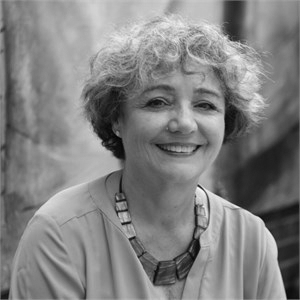 Isabel Guerrero is an economist that has worked in development all her professional life. She started as a macroeconomist, designing policy reforms from the World Bank adjustment operations in Philippines, Morocco and the Former Soviet Union; she also wrote the World Bank’s first Poverty Report on the Philippines.  Isabel was a manager in the Economic Development Institute, training government officials, parliamentarians and journalists on macroeconomics, decentralization and trade. Between 1997 and 2008, Isabel was a Country Director for Bolivia, Ecuador, Paraguay, Peru, Colombia, Mexico and India. In that capacity she designed the World Bank Country Strategy for each of these countries, covering a wide range of sectors, including infrastructure, social development, environment, private sector development, rural development and livelihood programs, the financial sector, macroeconomics and trade policy. In 2013, she retired from the WB after five years as Vice-President for the South Asia region where she managed a US$39 billion dollar portfolio, a US$150 million administrative budget and US$6 billion in Trust Funds.

Isabel studied economics at Catholic University in Peru and at the London School of Economics. She studied psychoanalysis at the Washington Psychoanalytic Institute and the Peruvian Society for Psychoanalysis. She is co-founder of the non-profit IMAGO whose goal is to support grassroots organizations on scaling up.

Scaling Up and Systems Change for Development Impact