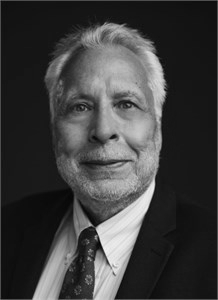 James Carras is Adjunct Lecturer in Public Policy. For over 30 years, as Principal of Carras Community Investment, Inc., he has concentrated on designing and implementing responses and solutions for equitable community and economic development opportunities.  Mr. Carras is recognized nationally for the creation and expansion of over fifty development financial institutions and community investment initiatives. He has served as the Founding Executive Director of the National Association of Affordable Housing Lenders, the Founding President of the Broward Housing Partnership and the South Florida Community Land Trust. Prior to establishing his consulting business, he served as a Community Development Advisor to the Mayor of Boston and was the Executive Director of the Massachusetts Urban Reinvestment Advisory Group where he was awarded the John Hay Whitney Fellowship.

Mr. Carras was awarded a Bachelor of Arts Degree in Urban Sociology from Suffolk University in Boston, completed graduate work at Tufts University’s Department of Urban and Environmental Policy, and received a Master’s Degree from Harvard University’s John F. Kennedy School of Government in Public Administration.  He is certified by the National Development Council (NDC) as an Economic Development Finance Professional.

For the past nine years, he has taught Equitable Development and Housing Policy in Urban Settings at the Kennedy School as well as Urban Development Policy, Financing Community Economic Development, and Racial Equity and Economic Development at the Extension School In the Summer of 2015, he taught a graduate course on Community Development Real Estate Development and Finance at Tufts University's Department of Urban Policy and Planning.  He previously served as the Facilitator/Instructor for the University of South Florida Community Real Estate Development professional certificate program in Tampa Bay and South Florida. Mr. Carras taught for eight years, as a Visiting Professor and Adjunct Lecturer, at Florida Atlantic University’s Department of Urban and Regional Planning and previously, he taught undergraduate and graduate community economic development and finance courses for over twenty years at M.I.T.’s Department of Urban Studies and Planning, Tufts University and Harvard University’s John F. Kennedy School of Government Institute of Politics (study groups). He has also conducted over 300 professional workshops for a wide range of national and state organizations and trade associations.

In 2021, Mr. Carras was selected as an Advanced Leadership Initiative Fellow at Harvard. He focused his research and project on Equitable Capital Ecosystems. He has published various articles and publications including ones focusing on New Markets Tax Credits for the American Planners Association and the Federal Reserve Bank of Boston, the Community Reinvestment Act for the Federal Home Loan Bank of Boston, the National League of Cities and the National Community Reinvestment Coalition, State Workforce Housing Initiatives for ULI and Affordable Housing Loan Consortia for the National Association for Affordable Housing Lenders. In 2019, he was awarded the Lifetime Achievement Award by the Council of Development Finance Agencies.