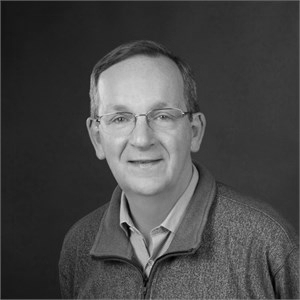 Jim designed clouds at VMware; was a Distinguished Engineer with Sun Microsystems Laboratories, where he investigated next-generation large-scale distributed systems; and got his start in distributed systems at Apollo Computer. While at Sun, he was the technical lead of Project Darkstar, a multi-threaded, distributed infrastructure for massive multi-player on-line games and virtual worlds; the lead architect for Jini, a distributed programming system based on Java; and an early member of the Java software organization.

Before joining Sun, Jim spent eight years at Apollo Computer and Hewlett Packard working in the areas of distributed object systems, user interfaces, class libraries, text and internationalization. While at HP, he led the design and development of the first Object Request Broker, and was instrumental in getting that technology incorporated into the first OMG CORBA specification.

Jim is the author of "Java: the Good Parts" (O'Reilly) and co-authored "The Jini Specifications" (Addison-Wesley). He edited "The Evolution of C++: Language Design in the Marketplace of Ideas" (MIT Press). He co-chaired a National Academies study on privacy, and co-edited the report "Engaging Privacy and Information Technology in a Digital Age." He is the author of numerous journal and conference proceedings articles, and holds over 50 patents.

Strengthens your capacity to lead in AI, including how to mitigate risk through policy without inhibiting innovation.
Upcoming Sessions
July 12, 2021 - July 16, 2021

Focuses on the intersection of policy and technology in an effort to combat network-based intrusions that disrupt productivity, jeopardize privacy, and threaten national security.
Upcoming Sessions
July 26, 2021 - July 30, 2021

Technology, Privacy, and the Trans-National Nature of the Internet