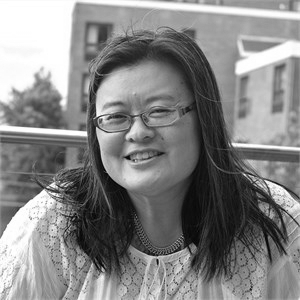 Jeeyang Rhee Baum is Adjunct Lecturer in Public Policy at the Harvard Kennedy School, where she is a Faculty Affiliate with the Ash Center for Democratic Governance and Innovation. Her research focuses on comparative political institutions, governance, and democratization with particular emphasis on East Asia. She has written about administrative law and reform in South Korea, Taiwan, and the Philippines in her book, Responsive Democracy: Increasing State Accountability in East Asia (University of Michigan Press, 2011). Scholarly journals in which her work has appeared include the British Journal of Political Science, Legislative Studies Quarterly, Governance, Democratization, and the Journal of East Asian Studies.

A recipient of numerous fellowships and awards, including a National Science Foundation grant and Presidential Management Internship (PMI), she serves on the editorial board for the Political Science Network (PSN) at SSRN.com and the Journal of Asian Politics and History. Her current research focuses on the different ways that politicians restructure the state in developing democracies, with particular focus on public participation in policymaking and anti-corruption measures. Previously, she was a research fellow at the Ash Center for Democratic Governance and Innovation and a visiting scholar at the Weatherhead Center for International Affairs at Harvard. She has taught at Brown, Boston University and UC San Diego. She received her Ph.D. in political science from UCLA, MPA from University of Washington, and B.A. from St. Olaf College. She has worked for the U.S. Office of Management and Budget, Office of National Drug Control Policy, Federal Aviation Administration, and RAND Corporation.

Corruption: Finding It and Fixing It