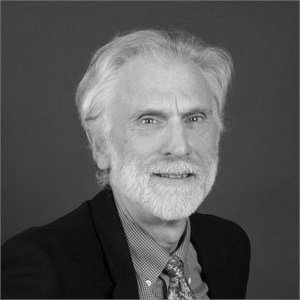 Jeffrey L. Seglin is the Director of the HKS Communications Program and a Senior Lecturer in Public Policy. He writes The Right Thing, a weekly column on general ethics that has been syndicated by Tribune Media Services since September 2010. From 2004 through 2010, he wrote an ethics column distributed by The New York Times Syndicate. From 1998 through 2004, Seglin wrote a monthly business ethics column for the Sunday New York Times Money and Business section. Prior to 1998, Seglin was an executive editor at Inc. magazine. He is the author of The Simple Art of Business Etiquette: How to Rise to the Top by Playing Nice (2016). His book, The Right Thing: Conscience, Profit and Personal Responsibility in Today's Business, was named one of the Best Business Books of 2003 by the Library Journal.

From 1999 until 2011, Seglin was a tenured associate professor at Emerson College in Boston where he was also the director of the graduate program in publishing and writing. He is an ethics fellow at the Poynter Institute for Media Studies, and was a resident fellow at the Center for the Study of Values in Public Life at Harvard in 1998-99.

Seglin lectures widely on business ethics. He has taught in the Executive MBA Program at University of Wisconsin-Madison, the Fast Track Executive MBA Program at Virginia Commonwealth University, Duke Corporate Education, and elsewhere. He was the host of "Doing Well by Doing Good," an hour-long live television program airing out of WCVE, PBSs Richmond affiliate. He has also lectured on writing and other topics.

He has contributed commentaries to Public Radio's Marketplace, and is regularly featured as an expert on ethics on CNN, CNBC, Fox 25 Boston, CBS Sunday Morning, Fox Business, and other media outlets. He has written for publications including Fortune, Real Simple, FSB, Salon.com, Time.com, Sojourners, MIT's Sloan Management Review, Harvard Management Update, Business 2.0, and ForbesASAP, among others.

In 2014 and 2017, Seglin was a recipient of the Manuel C. Carballo Award for Excellence in Teaching at Harvard Kennedy School.

Seglin holds a masters degree in theological studies from The Divinity School at Harvard University, and a bachelor of arts degree in English from Bethany College in West Virginia. He lives in Boston with his wife, Nancy, a therapist.