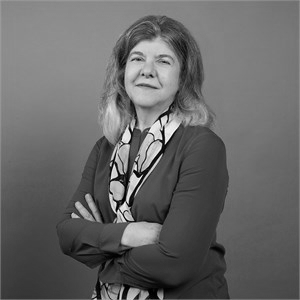 Jennifer Hochschild is the Henry LaBarre Jayne Professor of Government at Harvard University, Professor of African and African American Studies, and Harvard College Professor. In 2011, she held the John R. Kluge Chair in American Law and Governance at the Library of Congress, and in 2013-14, she was a Fellow of The Straus Institute for the Advanced Study of Law & Justice, New York University School of Law. She holds lectureships in the Harvard Kennedy School and Harvard Graduate School of Education. Hochschild studies and teaches about the intersection of American politics and political philosophy - particularly in the areas of race, ethnicity, and immigration - as well as educational and social welfare policies. She also works on issues in public opinion, political culture, and American political thought. She is Chair of the Department of Government, and Immediate Past President of the American Political Science Association.

Professor Hochschild is the author or co-author of numerous books, including the two most recent, Do Facts Matter? Information and MisInformation in American Politics, co-authored with Katherine Levine Einstein (University of OklahomaPress, 2014) and Creating a New Racial Order: How Immigration, Multiracialism, Genomics, and the Young Can Remake Race in America, co-authored with Vesla Weaver and Traci Burch (Princeton University Press, 2012). She co-edited Outsiders No More? Models of Immigrant Political Incorporation (Oxford University Press, 2013) and Bringing Outsiders In: Transatlantic Perspectives on Immigrant Political Incorporation  (Cornell University Press, 2009). She is also the author of The American Dream and the Public Schools, co-authored with Nathan Scovronick (Oxford University Press, 2003), and other books. Hochschild currently conducts research on the politics and ideology of genomic science, and class differences within American racial and ethnic groups around contentious issues of politics and public policy.

Before coming to Harvard in 2001, Professor Hochschild taught at Duke and Columbia Universities and was William Steward Tod Professor of Public and International Affairs at Princeton University for almost two decades.