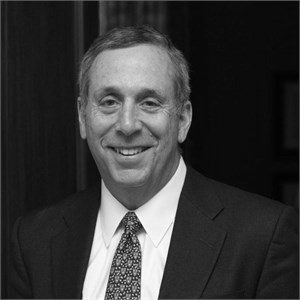 Lawrence S. Bacow is the 29th President of Harvard University.

Bacow was the Hauser Leader-in-Residence at the Center for Public Leadership and served as a member of the Harvard Corporation, the university’s principal governing board. One of the most widely experienced leaders in American higher education, known for his commitment to expanding student opportunity, catalyzing academic innovation, and encouraging universities’ civic engagement and service to society, Bacow is the former President of Tufts University and past Chancellor and Chair of the Faculty at the Massachusetts Institute of Technology.

As President of Tufts from 2001 to 2011, Bacow advanced the university’s commitment to excellence in teaching, research, and public service and fostered collaboration across the university’s eight schools. Under his leadership, Tufts pursued initiatives to enhance the undergraduate experience, deepen graduate and professional education and research in critical fields, broaden international engagement, and promote active citizenship among members of the university community.

While at Tufts, Bacow emerged as a nationally recognized champion of expanding access to higher education through need-based student aid, while also advocating vigorously for federal support of university-based research. He worked to engender novel connections across academic disciplines and among Tufts’ wide array of schools and helped craft a new partnership between the university and its principal teaching hospital, Tufts Medical Center. Bacow convened an international conference of higher education leaders in 2005 to initiate the Talloires Network, a global association of colleges and universities committed to strengthening the civic roles and social responsibilities of higher education. He launched Tufts’ Office of Institutional Diversity and highlighted inclusion as a cornerstone of the university’s excellence. He also strengthened relations between Tufts and its host communities and expanded outreach to alumni, parents, and friends. While guiding Tufts through the global financial crisis of 2008-09 and its aftermath, he brought to fruition the most ambitious fundraising campaign in the university’s history.

Before his time at Tufts, Bacow spent 24 years on the faculty of the Massachusetts Institute of Technology, where he held the Lee and Geraldine Martin Professorship of Environmental Studies. He served as the elected Chair of the Faculty (1995-97) and then as Chancellor (1998-2001), one of the institute’s most senior academic officers. As Chancellor, he guided the institute’s efforts in undergraduate education, graduate education, research initiatives, international and industrial partnerships, and strategic planning, while playing an integral role in reviewing faculty appointments and promotions across MIT. Early in his career, he held visiting professorships at universities in Israel, Italy, Chile, and the Netherlands.

With academic interests that range across environmental policy, bargaining and negotiation, economics, law, and public policy, Bacow emerged as a widely recognized expert on non-adjudicatory approaches to the resolution of environmental disputes. He was co-director of MIT’s Consortium on Global Environmental Challenges and played a key role in launching and leading both the MIT Center for Environmental Initiatives and the MIT Center for Real Estate. He was also associated with the Program on Negotiation at Harvard Law School. He is the author or co-author of four books and numerous scholarly articles on topics related to environmental policy, economics, land use law, negotiation, and occupational health and safety. At Tufts, he held faculty appointments in five academic departments: Urban and Environmental Policy, Economics, Civil and Environmental Engineering, Public Health, and the Fletcher School of Law and Diplomacy.

In recent years, he has turned his scholarly focus to higher education and leadership. From 2011 to 2014, he served as President-in-Residence in the Higher Education Program at Harvard’s Graduate School of Education. From 2014 to 2018, he served as the Hauser Leader-in-Residence at the Harvard Kennedy School of Government’s Center for Public Leadership. He devoted his time to advising many new and aspiring higher education leaders, mentoring students interested in careers in education, teaching in executive education programs, and writing and speaking on salient topics in higher education – innovations in learning, academic freedom, the economics of universities, the impact of digital technologies, and university governance and leadership, among others.