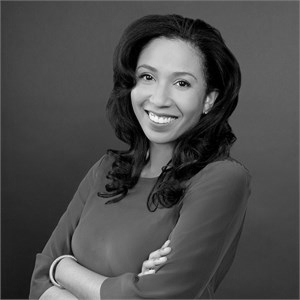 Dr. Rigueur’s award-winning book, The Loneliness of the Black Republican: Pragmatic Politics and the Pursuit of Power (Princeton University Press 2015) covers more than four decades of American political and social history, and examines the ideas and actions of black Republican activists, officials and politicians, from the era of the New Deal to Ronald Reagan’s presidential ascent in 1980. Her work ultimately provides a new understanding of the interaction between African Americans and the Republican Party, and the seemingly incongruous intersection of civil rights and American conservatism. Likewise, her book not only tells an important story about race and the Republican Party, but also expands our understanding of the evolution in opinions and behaviors of everyday African Americans that rejected the GOP on a local, state, and national level, between 1936 and the present day.

At the Kennedy School, Dr. Rigueur’s courses include “Conservatives and Liberals in America,” “Race, Riot and Backlash in the United States,” and “The Civil Rights Movement: Strategy, Leadership, and Policy.” Since the Fall of 2015, Dr. Rigueur has organized the Race and American Politics initiative, a multidisciplinary series of seminars and roundtables co-sponsored by the Ash Center for Democratic Governance and Innovation and the Malcolm Wiener Center for Social Policy.

Dr. Rigueur’s research, writing, and commentary has been featured in numerous outlets including MSNBC, CNN, PBS, NPR, the History Channel, the New York Times, the Washington Post, the Atlantic, Politico, the Root, the New Republic, Polity, Federal History, and Souls. During the 2017 – 2018 academic year, she was a fellow at the Radcliffe Institute for Advanced Study. In the Fall of 2018, she was a W.E.B. Du Bois Fellow at the Hutchins Center for African and African American Research.

Currently, Dr. Rigueur is working on a book manuscript, Mourning in America: Black Men in a White House that examines race, political ideology, social activism, and corruption in the “age of Ronald Reagan” through a focus on one of the most outrageous scandals in modern American political history: the Housing and Urban Development (HUD) scandal of the 1980s.