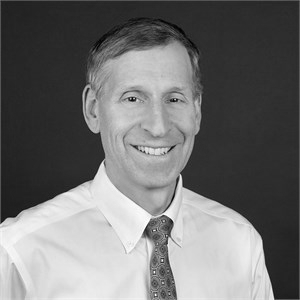 Mark Fagan is a Lecturer in Public Policy and former Senior Fellow at the Mossavar-Rahmani Center for Business and Government at Harvard Kennedy School. Mr. Fagan teaches Operations Management, Spring Policy Exercise, and Lobbying: Theory, Practice, and Simulations in the degree program. In executive education programs, he teaches about strategy and cross boundary collaboration. Previously, he was a Lecturer in Law at Boston University School of Law where he taught Securitization, Lobbying and the Law, and Trust and Honesty in the Real World.

The focus of his research is on the role of regulation in competitive markets. He is presently spearheading an initiative at The Taubman Center for State and Local Government that examines the policy and associated regulatory impacts of autonomous vehicles. He has written about the impact of deregulation in the railroad industry including a paper published by Transportation examining the impact of regulatory differences on rail freight share between the United States and the European Union. He has also published papers examining the safety and security externalities associated with the transportation of hazardous materials. He has examined the impact of electricity restructuring in the United States. The research in electricity markets has been published in the Electricity Journal and cited in the New York Times. Other research papers include the role of government in the financing of small and medium size enterprises to foster growth in China and the need for institutional innovation to support technology and globalization, a collaboration between Mr. Fagan and the Vice Minister for Science and Technology in China.

Mark Fagan was a founding partner of Norbridge, Inc. a general management consulting firm that has a distinctive competence in the transportation sector. Mr. Fagan specializes in helping companies solve operations management challenges. He works with clients in the transportation, telecommunications and utility industries as they grapple with increasing shareholder value in a deregulated world.

Mr. Fagan earned a Masters Degree in City and Regional Planning at Harvard University and a BA at Bucknell University.

Conflict of Interest Disclosure: Mr. Fagan consults to an array of private sector clients. A list of active clients will be provided upon request.