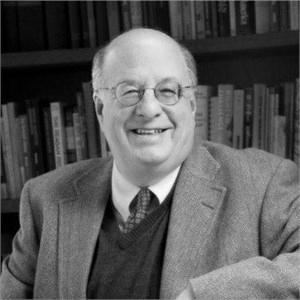 Judge Wolf has served as the Chair of the Committee of District Judges of the Judicial Conference of the United States, and on the Judicial Conference Committees on Criminal Law, the Federal Rules of Criminal Procedure, and Codes of Conduct. Among other honors, Judge Wolf has received Citations for Judicial Excellence from the Federal, Massachusetts, and Boston Bar Associations.

In a 2011 editorial, "The Judge Who Cracked the Bulger Case," The New York Times commended Judge Wolf for exposing the corrupt relationship between the Federal Bureau of Investigation and its Top Echelon Organized Crime informant James "Whitey" Bulger. The editorial stated that: "Judges are supposed to dispense justice but rarely root out crimes. As a result of Judge Wolf's courage and persistence, there were "high profile hearings in Congress on the F.B.I.'s Use of Murderers as Informants," an F.B.I. agent was sentenced to 10 years in prison, and "the government paid more than $100 million in claims to families of people murdered by informants shielded by the F.B.I."

A graduate of Yale College and the Harvard Law School, Judge Wolf is an Adjunct Lecturer in Public Policy at the Harvard Kennedy School, where he teaches a seminar on Strengthening the Enforcement of Criminal Laws Against Kleptocrats.  In addition, Judge Wolf is a Senior Fellow of the Harvard Carr Center for Human Rights and a member of the Council on Foreign Relations. He has frequently spoken on the role of the judge in a democracy, human rights issues, and combatting corruption in foreign countries, including Russia, Ukraine, China, Turkey, the Czech Republic, Slovakia, Romania, Hungary, Egypt, Cyprus, Panama, Mexico, Italy, and Norway.

In 2014, Judge Wolf published a Brookings Institution article and a Washington Post Op-Ed piece advocating the creation of an International Anti-Corruption Court to combat grand corruption -- the abuse of public office for private gain by a nation's leaders. The proposal quickly gained the support of, among others, the United Nations High Commissioner for Human Rights, Transparency International, Human Rights Watch, Global Witness, leading international prosecutors, and courageous young people throughout the world. In 2016, Judge Wolf, Justice Richard Goldstone of South Africa, and other colleagues created Integrity Initiatives International to advocate for the strengthening of criminal laws to punish and deter leaders who are corrupt and regularly violate human rights.

Strengthening the Enforcement of Criminal Laws Against Kleptocrats: A Field Study