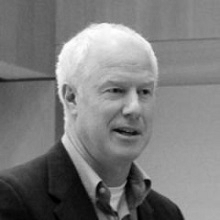 Michael Woolcock, Adjunct Lecturer in Public Policy, is Lead Social Development Specialist with the World Bank's Development Research Group in Washington, D.C. His current work focuses on interactions between customary and state legal systems, conducted as part of the World Bank's global 'Justice for the Poor' program (which he co-founded), and strategies for assessing complex social interventions. His most recent books are Contesting Development: Participatory Projects and Local Conflict Dynamics in Indonesia (with Patrick Barron and Rachael Diprose; Yale University Press, 2011), and History, Historians and Development Policy: A Necessary Dialogue (edited with C.A. Bayly, Vijayendra Rao and Simon Szreter; Manchester University Press, 2011). An Australian national, he has an M.A. and Ph.D. in sociology from Brown University. He taught previously at Harvard Kennedy School from 2000-2006, and from 2006-2009 was founding Research Director of the Brooks World Poverty Institute at the University of Manchester, where he was Professor of Social Science and Development Policy.