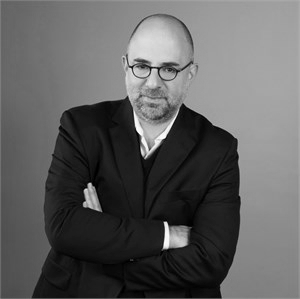 Moshik Temkin, Associate Professor of History and Public Policy, joined the Harvard Kennedy School faculty in 2009. A specialist in the history of the modern United States in global and comparative perspective, with a focus on the connections between history and public policy, he is particularly interested in the interaction between Americans and non-Americans–the effects that American politics have had on the wider world, the roles that international politics have played in American society and policymaking in the United States, and the dynamics created when American and international politics come into contact, or conflict.

He is the author of The Sacco-Vanzetti Affair: America on Trial (Yale University Press, 2011), which was a finalist for the Cundill International Prize, as well as several articles and book chapters. His current research interests include the history of the death penalty in comparative perspective, the impact of war on public policy intellectuals since World War I, Malcolm X's career and politics in a global context, the relationship between American civil rights and global human rights, and the contest between global political activism and travel control since the Cold War. He is currently at work on a book provisionally titled Undesirables: Travel Control and Surveillance in an Age of Global Politics, to be published by Harvard University Press. He is also the editor (with David Greenberg and Mason Williams) of Alan Brinkley: A Life in History (Columbia University Press, 2019).

HKS Insight Interview about the Tsarnaev Case and the Death Penalty

HKS Podcast on Viewing Ferguson Through a Global Lens

Essay in the Nation on Ferguson, Human Rights, and American Foreign Affairs

Op Ed in the Los Angeles Times on the death penalty

Leaders and Leadership in History

Temkin, Moshik. "Culture vs. Kultur, or a Clash of Civilizations: Public Intellectuals in the United States and the Great War, 1917-1918." The Historical Journal 58.1 (February 2015): 157-182.
Temkin, Moshik. "From Black Revolution to 'Radical Humanism': Malcolm X Between Biography and International History." Humanity: An International Journal of Human Rights, Humanitarianism, and Development 3.2 (Summer 2012): 267-288.