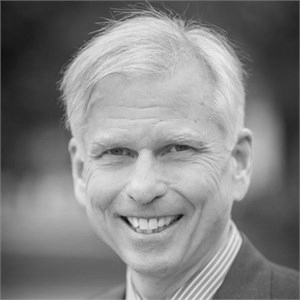 Rand Wentworth is the Louis and Gabrielle Bacon Senior Fellow in Environmental Leadership and an Adjunct Lecturer in Public Policy at the Harvard Kennedy School. He received the Manuel C. Carballo Award for Excellence in Teaching in 2021 and served on the faculty of the Senior Executive Fellows from 2017-2019. Wentworth also serves as president emeritus of the Land Trust Alliance, a national conservation organization based in Washington, DC which serves as the leader for 1100 land trusts with 8,000 staff, 16,000 board members and 4.6 million members. He served as president from 2002-2016 and is widely recognized for expanding the pace and quality of land conservation in America.

Wentworth has testified before Congress several times and led a coalition that built bi-partisan support in Congress for a bill that dramatically expanded the tax incentives for donations of conservation easements. During his leadership, land trusts doubled the annual pace of conservation in America and have now protected over 56 million acres.  During his time as president, the Land Trust Alliance created a national accreditation system; built a virtual university for land conservation training 5000 people each year; and Terrafirma, an innovative insurance service that funds the legal costs of defending conserved lands from legal challenge.

Before joining the Land Trust Alliance, Wentworth served as vice president and founding director of the Atlanta office of the Trust for Public Land where he in tripled the size of the national park honoring Martin Luther King, Jr. and completed a $143 million capital campaign to protect 70 miles along the Chattahoochee River, the primary drinking water supply for the City of Atlanta.

Mr. Wentworth is a graduate of Yale University and holds an MBA in finance from Cornell University. He served as the Environmentalist in Residence at Middlebury College, was a visiting professor at the Graduate School of Architecture and City Planning at Georgia Tech and has lectured at Yale and Duke.