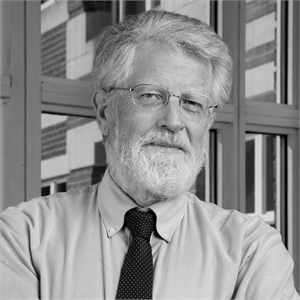 Richard Parker is Lecturer in Public Policy at Harvard’s Kennedy School of Government as well as the Senior Fellow of the School’s Shorenstein Center on Media, Politics, and Public Policy.

An Oxford-trained economist, his career before coming to the Kennedy School in 1993 included journalism (he cofounded the magazine Mother Jones as well as Investigative Reporters & Editors, and sits on the editorial board of The Nation); philanthropy (as executive director of two foundations, he donated more than $40 million to social-change groups); social entrepreneurship (he grew environmental group Greenpeace from 2,000 to 600,000 supporters, helped launch People for the American Way, and raised over $250 million for some 60 non-profits), and political consulting (advising, among others, Senators Kennedy, Glenn, Cranston, and McGovern). From 2009 to 2011, along with Joseph Stiglitz and Jeff Sachs,  he was economic advisor to Greek Prime Minister George Papandreou.

His books include The Myth of the Middle Class, an early study of widening U.S. income and wealth distribution and Mixed Signals: The Future of Global Television, a critical assessment of the spread of satellite-based news and its political impacts.

His award-winning intellectual biography, John Kenneth Galbraith: His Life, His Politics, His Economics, traces the history of 20th century economic theory and policy through the career of Harvard’s most famous economist.  The book was judged by conservative author and editor William F. Buckley as “the best biography of the century”, by the liberal historian Sean Wilentz as “the best progressive history I’ve read in 15 years”, and by John Maynard Keynes' biographer Lord Robert Skidelsky as “an unparalleled achievement.”

Parker’s academic articles have appeared in dozens of academic anthologies and journals, and he writes regularly for magazines and newspapers such as the New York Times, Washington Post, Los Angeles Times, Boston Globe, Financial Times, New York Review of Books, The New Republic, The Nation, Harper’s, Le Monde, Atlantic Monthly, and Foreign Policy, among others.

Please see below for a few of his recent interviews and media appearances.

Presidents, Politics, and Economic Growth: From FDR to Joe Biden