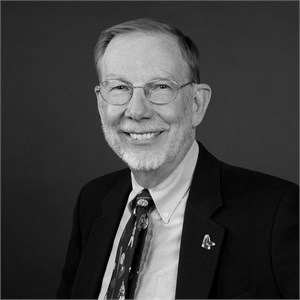 Robert D. Behn, Senior Lecturer in Public Policy, focuses his research, teaching, and thinking on the leadership challenge of improving the performance of public agencies. He is the faculty chair of the School's executive program, Driving Government Performance: Leadership Strategies that Produce Results and conducts custom-designed executive education programs for government jurisdictions and public agencies.

Bob writes the on-line monthly Bob Behn's Performance Leadership Report. It's free, so subscribe now! Currently, he is working on a book titled: The PerformanceStat Potential: A Leadership Strategy for Producing Results.

If you want to figure out what makes Bob tick, you can watch him clarify the purpose of the Kennedy School's Driving Government Performance, outline the challenge of Leading and Performing, or describe the content of MLD-602, his degree course on Performance Leadership.

Bob holds a BS in physics from Worcester Polytechnic Institute and a PhD in decision and control from Harvard. He has served on the staff of Governor Francis W. Sargent of Massachusetts, as a scholar in residence with the Council for Excellence in Government, and on the faculty of the Harvard Business School and Duke University's Terry Sanford Institute of Public Policy where he was director of its Governors Center. Bob is also a fellow of the National Academy of Public Administration.

Bob grew up a fan of the Brooklyn Dodgers. At the end of the 1967 season, however, he went to Fenway Park for the Boston Red Sox last game. (If you fail to appreciate the significance of this, he will explain it in more detail than you want to know. He can also decipher both the theory and the technicalities of the infield fly rule.) Bob's newspaper pieces include: "A Professor's Ode to the Red Sox," The Wall Street Journal; "Red Sox Lessons for Our Elite," The Washington Post; "The Next Ted Williams? I'm Your Man," The New York Times; and "Before the Curse," The Boston Globe.

Bob believes that his mental health is inversely related to how long it has been since he slept in a tent.

To learn what the students who took Bob's course (MLD-602) in the Spring of 2016 thought about the course, click here.

Outside Professional Activities For Robert Behn

In addition to my teaching and research responsibilities as a member of the Harvard faculty, I am occasionally compensated for my participation in outside activities, such a speaking, writing, consulting, or conducting workshops for public executives on performance leadership.

I have received compensation of $500 or more from the following organizations:

The Australia and New Zealand School of Government

The Australia and New Zealand School of Government