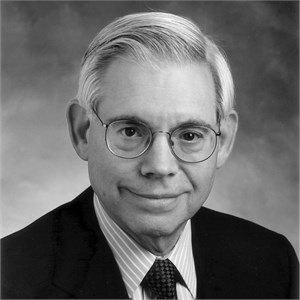 Mr. Glauber is an Adjunct Lecturer at the Harvard Kennedy School of Government, has been a Visiting Professor at Harvard Law School and earlier, a Professor at Harvard Business School. He has divided his career between government service and a member of the Harvard faculty. He served as Under Secretary of the Treasury for Finance in the Bush 41 Administration from 1989 to 1992 and as Chief Executive Officer, and then Chairman and CEO, of NASD (now FINRA), the private-sector regulator of the U.S. securities markets, from 2000 to 2006. In 1987-88, Mr. Glauber served as Executive Director of the Task Force (“Brady Commission”) appointed by President Reagan to report on the October 1987 stock market crash. At Harvard, he was a Professor of Finance at the Harvard Business School from 1964 to 1991, and a Lecturer at the Kennedy School from 1992 to 2000 and 2006 to the present, as well as a Visiting Professor at Harvard Law School in 2007 and 2009.
He has served on the Korean Financial Supervisory Service's International Advisory Board, the Boards of the Federal Reserve Bank of Boston, Moody’s Corp., Freddie Mac, a number of Dreyfus mutual funds, the Investment Company Institute, as Vice Chairman of the Trustees who appoint and oversee the International Accounting Standards Board, and as President of the Boston Economic Club.
Mr. Glauber presently is Chairman of the Board of Northeast Bancorp (a commercial bank based in New England), a Director (and Chairman, 2007-2015) of XL Group Ltd (a global insurance company) and Pioneer Global Asset Management S.p.A. (Milan). He has been a Senior Advisor at Peter J. Solomon Co., an investment bank, since November 2006.
Mr. Glauber graduated from Harvard College and received his doctorate from Harvard Business School.
April 2017